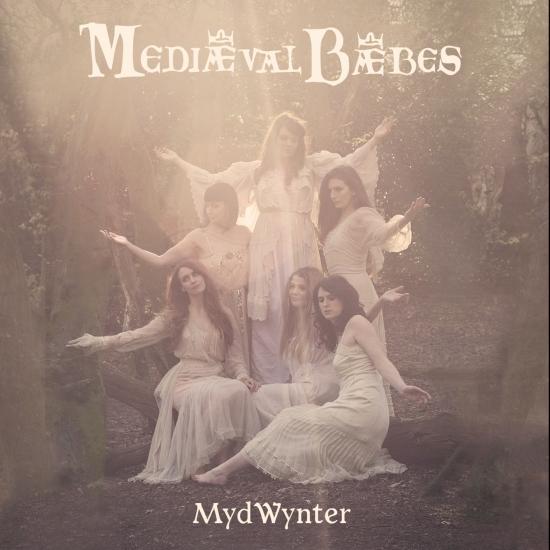 Following the huge success of The Mediaeval Baebes Christmas album "Of Kings and Angels" The Mediaeval Baebes release a new album of Yuletide Carols and Winter Hymns "MydWynter".
The new album, the group's eleventh, acts as a loose sequel to 2013’s Christmas-themed Of Kings And Angels, which reworked several well known seasonal favourites.
MydWynter is a darker reminder of the pre-Christian origins of the winter festival. Produced and arranged by Queen Bæbe Katharine Blake, previously founder of the recently revived Miranda Sex Garden, MydWynter (the album title is a gentle nod to Ari Aster’s unsettling pagan horror movie Midsommar) accepts that not every winter mystery can be wholly illuminated.
MydWynter featres a new take on the classic Carol Of The Bells, while Spanish hymn Ríu Ríu Chíu feature the Bæbes Superchoir, ten women singing together in the former snooker room of six-time world champion Steve Davis, who now devotes the space to musical pursuits. Davis’s bandmate in The Utopia Strong, multi instrumentalist Michael York plays many parts on the record, alongside usual Baebes collaborator Charlie Cawood.
Over 25 years ago, a group of friends clad in flowing white gowns and crowns of ivy broke into a graveyard to sing mediæval songs and make merry. More than a quarter of a century later, the Mediaeval Baebes have released 11 studio albums and won an Ivor Novella Award for their performance on the BBC serialization ‘The Virgin Queen.’ They have also had two Emmy nominations, and have received a Royal Television Society award alongside composer Martin Phipps, for their soundtrack to ITV’s hit period drama ‘Victoria.’
They are one the most successful, female-led, early music and folk ensembles in Europe and have toured with Jools Holland, supported Michael Flatley in Hyde Park, and performed at the The Game of Thrones Festival in Canada. They have appeared as joint guests on a show with Meatloaf and, as a fan and enthusiast, Iggy Pop regularly plays their music in his shows and invited them to perform live for his Radio 6 Christmas Day special.
Their unique, classical vocals have led them to perform in many historically significant venues across the world, embracing castles and caves through to nightclubs and renaissance fayres. Some of their favourites include: Hampton Court Palace; Berkley Castle; The Royal Albert Hall; Chateau de Fontainebleau in France and the Carnglaze Caverns in Cornwall.
Mediaeval Baebes 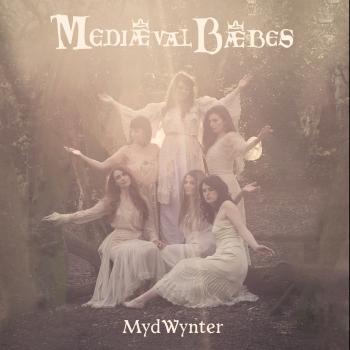 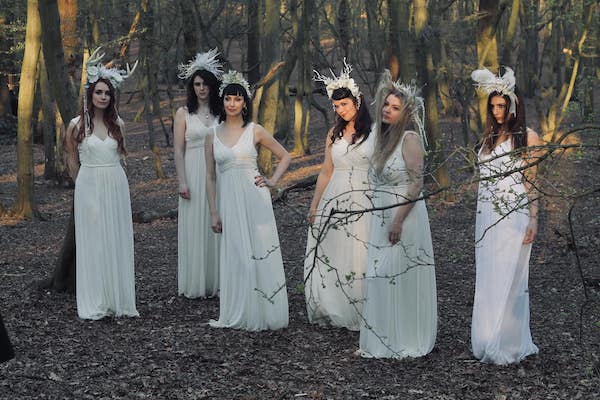 Mediaeval Baebes
The unique, classical chart topping choir Mediaeval Baebes was conceptualised and formed in 1996 by musical director, composer and producer Katharine Blake. The group have released 10 studio albums, won an Ivor Novella Award for their performance on the BBC serialisation “The Virgin Queen” and received two Emmy nominations and a Royal Television Society award as the featured artist alongside composer Martin Phipps for the theme tune of ITV’s hit TV show “Victoria”.
Throughout their many incarnations, the Mediaeval Baebes’ haunting classical vocals have led them to tour the world, including UK, United States, Canada, Asia and Europe, in venues ranging from castles and caves to cathedrals & Glastonbury. They have toured with Jools Holland and played at the Royal Albert Hall, Carnglaze Caverns in Cornwall, Jersey Opera House, Tewkesbury Abbey, supported Michael Flatley in Hyde Park, and performed at the legendary Lilith Fayre.
Most recently they were invited by enthusiast Iggy Pop to perform on his Radio 6 Christmas Day special.
Katharine Blake is known for her unique choral writing style, sourcing lyrics from mediaeval and romantic texts which she sets to original scores, as well as reinventing traditional and folk songs, often accompanied by the Mediaeval Baebes’ plethora of mediaeval and folk instruments. Whilst singing in an array of obscure and ancient languages, the Baebes offer a beguiling musical beauty and ethereal talent. The choice of mediaeval texts are mythological, philosophical and dark in topic, meditating upon the inevitability of death, the pointlessness of material possessions, the agony of unrequited love or the dangers of vinous hallucinations. The more familiar material, such as their classic anthology of Christmas Carols “Of Kings and Angels” offers a refreshing and exotic twist to well known classics
Katharine Blake is also known as the lead singer and song writer of 90s avant-garde rock band Miranda Sex Garden, and has worked with Nick Cave, Michael Nyman and John Cale.