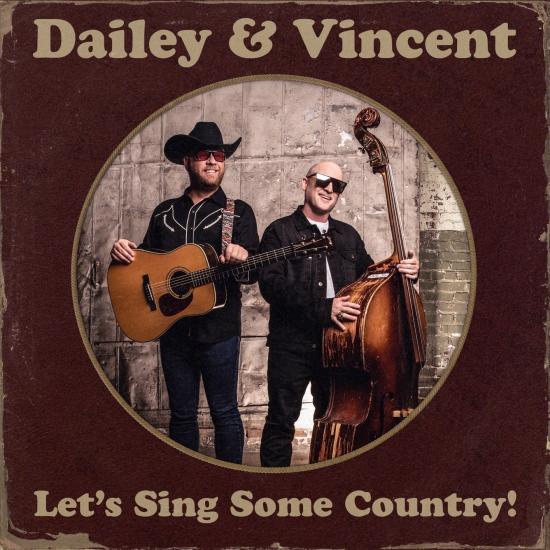 Stars of the Grand Ole Opry, 5x GRAMMY® Award winners individually, 3x GRAMMY® Award nominees collectively, 4x DOVE Award winners and 35x IBMA Awards winners altogether, Dailey & Vincent – Jamie Dailey and Darrin Vincent – continue adding to their Country, Bluegrass, and Gospel roots with the release their new Country record appropriately titled Let’s Sing Some Country!
Produced by Paul Worley (Lady A, The Chicks, Trace Adkins), and with songs written by and the help of Jimmy Fortune, Vince Gill, Alison Krauss, Rhonda Vincent and more, Let’s Sing Some Country! unleashes another side to the award-winning duo that fans don’t often hear. Since their first GRAMMY® nomination for Best Country Performance by a Duo or Group for their rendition of “Elizabeth” (nominated alongside Lady A, Little Big Town, The SteelDrivers, and Zac Brown Band), a Country project has been on their radar.
“Recording this project of material for BMG has been one of the biggest highlights of our career,” said Dailey & Vincent. “Working with legendary producer Paul Worley, picking great songs, and putting the best musicians in a room to help us create the art of music has been an education and an unforgettable experience. This collection of music is what we’ve dreamed of recording for a long time. We hope you will enjoy our version of Country music. So join us, crank it up and ‘Let’s Sing Some Country!’”
Opening with “I’ll Leave My Heart In Tennessee” (written by Karen Staley) – a love letter to the volunteer state, the latest Tennessee state song inductee, and the lead song from the project – the 11-track album ebbs and flows through the delicate ballad of heartbreak with “Colder Than Winter” to the swampy “Those Memories of You,” to the upbeat stylings of “Feels Like That Again,” “Hillbilly Highway,” “Message From The Farm” and more, channeling the duo’s southern roots with back-porch philosophies and homegrown sentiments.
Jamie Dailey & Darrin Vincent 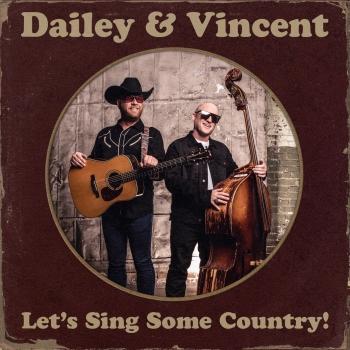 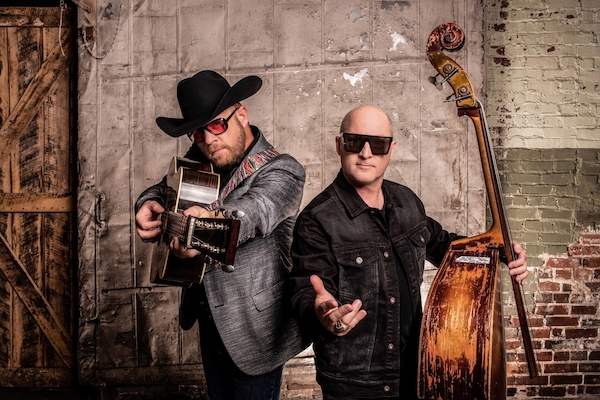 Jamie Dailey & Darrin Vincent
Jamie grew up singing and playing with family and regional groups all over middle Tennessee and Kentucky, but gained national attention when he joined Doyle Lawson & Quicksilver in 1998 as lead baritone and tenor singer. During Jamie’s tenure, the band won 13 IBMA Awards–including seven Vocal Group of the Year awards and earned four Grammy® and five Dove Award nominations. Jamie has recorded with Dolly Parton, appeared on five Gaither Homecoming DVD’s, was a guest on Ricky Skaggs’ Grammy-winning Brand New Strings album, as well as dozens of other guest performances and collaborations to his credit. Jamie is a skilled musician, vocalist and songwriter, with a gift to entertain and always make folks feel right at home.
Darrin started singing at age three and playing music at age six as part of his family band, The Sally Mountain Show, along with sister Rhonda Vincent. As a member of Ricky Skaggs and Kentucky Thunder for more than 10 years, Darrin has won five Grammy Awards and eight IBMA Awards for Instrumental Group of the Year. He has performance and recording credits with dozens of artists including Dolly Parton, Nora Jones, Emmylou Harris, Earl Scruggs, Bruce Hornsby, Vince Gill, John Hartford, and many more. As well as producer credits on Grammy nominated projects with Rhonda Vincent, Susie Luchsinger, Cherryholmes and Hunter Berry. He is an accomplished musician and vocalist with expert abilities to arrange and create captivating music.