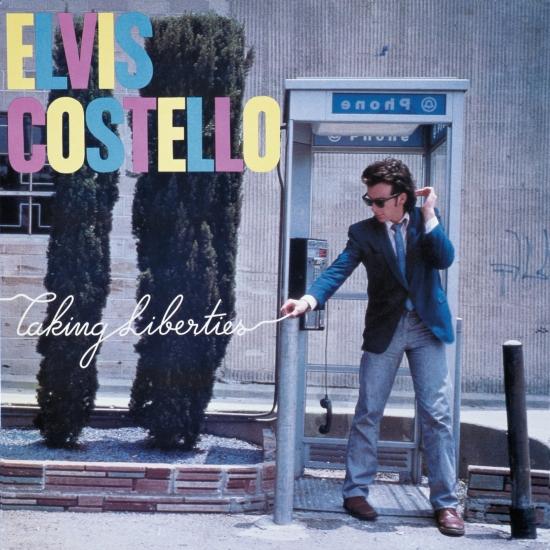 Taking Liberties is an Elvis Costello compilation album, composed of tracks not previously-released on his albums released in the USA. It is mostly made up of B-sides, although it does feature two previously unreleased recordings. It was released in the USA and Canada only and its track listing is almost identical to that of the UK release Ten Bloody Marys & Ten How's Your Fathers.
„Elvis Costello's early productivity was a bit more than most American rock fans were used to in the one-album-every-18-months 1970s; not only had Costello released four studio albums between 1977 and 1980, there were a number of compilation tracks, EPs, and non-LP B-sides that had found release in Europe but not the United States, while the U.K. editions of This Year's Model and Armed Forces both featured tunes that were stripped from American releases. Soon, import distributors had built a cottage industry out of helping loyal Costello fans complete their collections, and in 1980, Columbia Records, Costello's U.S. label at the time, finally made an effort at closing the gap between his American and European catalogs with Taking Liberties. Compiling 20 songs that had never appeared on a Costello album in the States, Taking Liberties was not only a boon for completists (it tacked on a few otherwise unreleased songs so even the most avid import buyer would get something new), it gave a surprisingly clear picture of the many musical avenues Costello had traveled in his first four years -- hard-edged pop/punk ('Clean Money,' 'Crawling to the USA'), lean power pop ('Big Tears,' 'I Don't Want to Go to Chelsea'), tough R&B ('Getting Might Crowded'), country weepers ('Radio Sweetheart,' 'Stranger in the House'), Tin Pan Alley favorites ('My Funny Valentine'), and a few items that defied any classification but 'Elvis Costello' ('Ghost Train,' 'Hoover Factory'). When Costello's American back catalog was reissued by Rykodisc in the 1990s, the various tracks on Taking Liberties were added to other Costello releases as bonus tracks, and the album went out of print. However, its British counterpart, Ten Bloody Marys & Ten How's Your Fathers (originally compiled as a cassette-only U.K. release to give folks with tape decks access to tracks unreleased in the format), which features many of the same tracks, remains in print in Europe. By the way, fans of the album A Gene Vincent Record Date might find that Gregg Geller's liner notes sound rather familiar.“ (Mark Deming, AMG)
Elvis Costello, vocals, guitar
Mick Jones, guitar
Steve Nieve, keyboards
Bruce Thomas, bass
Pete Thomas, drums
Produced by Elvis Costello, Nick Lowe
Digitally remastered