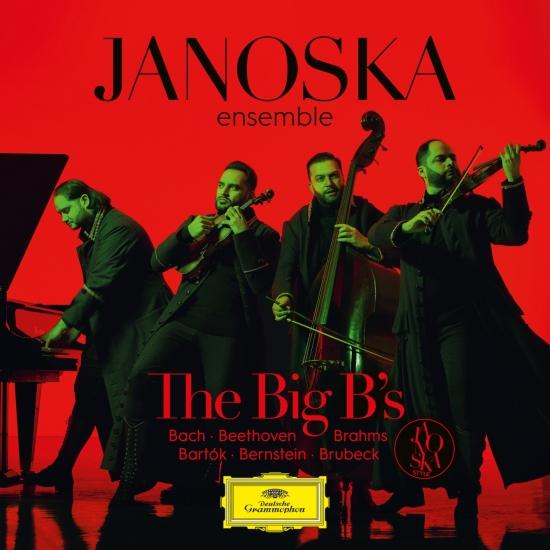 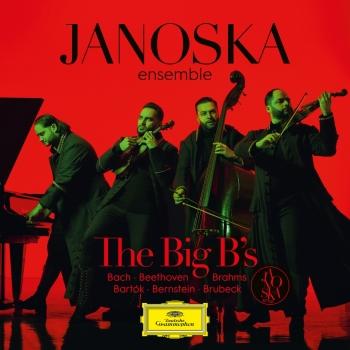 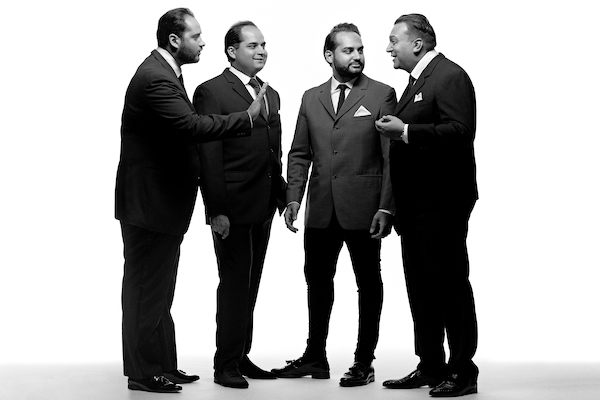 Janoska Ensemble
Musical passion. That nicely sums up the spirit of the “Janoska Style”, with which the Janoska Ensemble has shot to international fame in no time – and certainly not just because of the consummate mastery of its instruments. At each performance the four artists dazzle their audience with their music and their vast reserves of creative energy. They see it as a personal challenge to fulfil, no to surpass, the high hopes of their fans.
True art knows no frontiers, and the music of the three brothers from Bratislava Ondrej, František and Roman Janoska and their Konstanz-born brother-in-law Julius Darvas proves that in remarkable fashion: their musical creations happily harmonize or colourfully contrast their classical fach with the music of other genres – from jazz and Latin to pop music. The consequence is not a mix of styles, however, it is a creative synthesis: the Janoska Style.
This style, apart from its innate spirit, defies description in words. Janoska Style is not a static fixture, mounted on a musical platform, crossing all boundaries of content, it is a spontaneous phenomenon. Five strong creative forces shape its profile: the unmistakable handwriting of the arrangements and the hands of their four skilled musical exponents. Then there is the dynamic resonance, that anticipation that builds up in the concert audience and feeds back to the artists. After all, they are playing with their audience’s knowledge of music, freely communicating widely known classical themes only to guide the ears of their listeners – slowly or suddenly – into surprisingly appropriate themes from quite different musical disciplines, without any sense of a break in style. On the contrary, the act of listening is an irresistible pleasure.
There is no template, no set formula, for this special ability of the Janoska Ensemble to create imaginative music. Nothing is merely adapted; every note, every motif, is lovingly and playfully reinvented. Janoska Style is far more than just a “sound”, it is “music to be lived” – you have to listen to it and feel it live.
“Our music aims to move its audience, that is our principal aim!” says František Janoska, an inspired arranger who simultaneously has perfect command of every conceivable style at the keyboard. He is matched by his brother Roman Janoska on the violin with explosive jazzy improvisations that he can twang like a guitar if he is in the mood. The youngest of the three explains their musical interaction like this: “Each of us has his own particular musical preferences, our own favourites. So we give each other plenty of space for them. This is what makes each of our pieces a joint undertaking.”
The four musicians fill this musical space with spontaneous creativity, making their pieces expand in new, exciting directions at each concert. Ondrej Janoska contributes to this with his standard-setting violin playing, with which he is constantly challenging Roman to duels of virtuosity. If a piece of music conveys melancholy and yearning, however, the two violins merge into an instrument that feels and sings with a single voice. Where this captivating, at times moving capability comes from, explains Ondrej, is the family tradition: “Ever since we were children, we have made music every day, preferably with one another. We are so close musically that we often sense what the other is about to play!”
This trio of brothers is admirably complemented by Julius Darvas. Classically trained like them, the double-bassist has one thought uppermost in mind: “We want to restore to the classics the lost art of improvisation that every Baroque musician took for granted.” Far from lost, in fact very much alive and well, is the musical bloodline of the Janoska Ensemble: the four artists head no less than nine generations of musicians, counting the Janoska and Darvas families together.
Great talent, abundant joy at shared music-making and unforgettable stage presence has given the Janoska Ensemble its own unique style. And it is that distinctiveness that has long elevated the Janoska Style to a “brand” with highly valued currency in the musical world: the ensemble’s first CD “Janoska Style” (Deutsche Grammphon, 2016) went gold straight away. The genial musicians have already played on four continents and are constantly developing new projects. They have repeatedly played suitably expanded arrangements in concert with celebrated European orchestras A particular innovation in the ensemble’s repertoire is its forthcoming appearance with the Wiener Symphoniker: on 31 March 2018, the Viennese orchestra and the Janoska Ensemble will be premiering the first movement of a symphonic work specially composed by František Janoska at the “Frühling in Wien” spring festival.
Despite their youth, the musicians have long since added master classes to their artistic portfolio, most recently in the autumn of 2017 at the invitation of the Yehudi Menuhin Festival in the Swiss resort of Gstaad. What they particularly value is that it is not only students who flock to their courses – their professors attend too. The range of their musical spectrum can be inferred from the enthusiastic statements of many leading musicians like conductor Christoph Eschenbach: “The Janoska Ensemble is an exceptional ensemble with excellent arrangements, a real discovery for me, we’re sure to hear much more of them!”
All those, then, who go to a concert hall expecting know-how, utmost precision, timing and spontaneous invention will be richly rewarded by these four thoroughbred musicians – and leave the venue inspired, re-energized and with a smile on their lips.