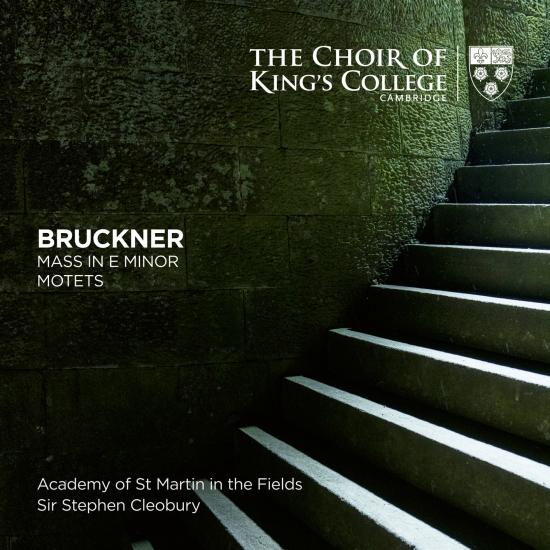 Bruckner’s E Minor Mass and a selection of his profoundly beautiful motets were selected by Sir Stephen Cleobury as his last album at King’s, recorded only a few months before his death. Perhaps the deepest and most spiritual of Bruckner’s masses, the Mass in E minor is unusual in its scoring for choir, wind and brass. It is recorded here by the Choir of King’s College, Cambridge and the Academy of St Martin in the Fields in King’s College Chapel.
The album is accompanied by a specially-commissioned Appreciation for Sir Stephen, written by Professor Iain Fenlon, as well as Shades of the Past in Bruckner’s Sacred Music – another commissioned essay on Bruckner’s works by Dr Martin Ennis.
“For many, Bruckner’s oeuvre is made up of nine fixed stars, the numbered symphonies, orbited by lesser bodies. One could, however, argue that sacred works such as those presented here take us to the heart of Bruckner, man and musician. Many of the pieces were commissioned; most are ‘Gebrauchsmusik’, in the sense that they served specific liturgical purposes. However, all reflect the composer’s deep commitment to his faith. Bruckner planned to dedicate his final, unfinished symphony to his ‘dear God’. The same dedication could stand at the head of any of the pieces heard on this album, the final recording of Sir Stephen Cleobury, another faithful servant of the church, whose legacy is a lasting ornament to King’s College, Cambridge.” (Dr Martin Ennis)
The Choir of King’s College, Cambridge
Academy of St Martin in the Fields
Sir Stephen Cleobury, conductor 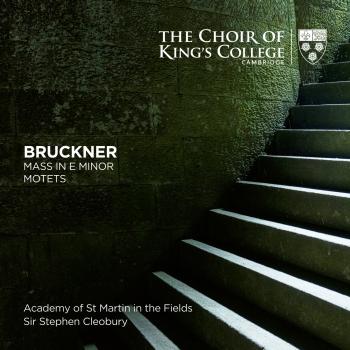 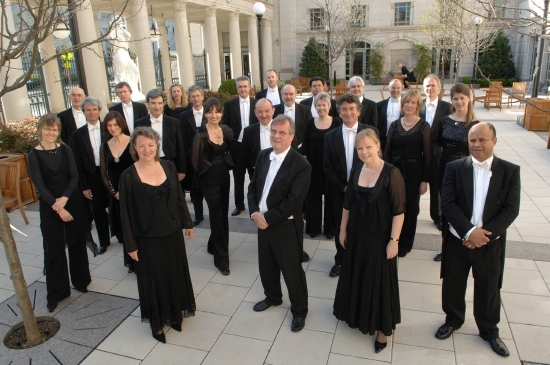 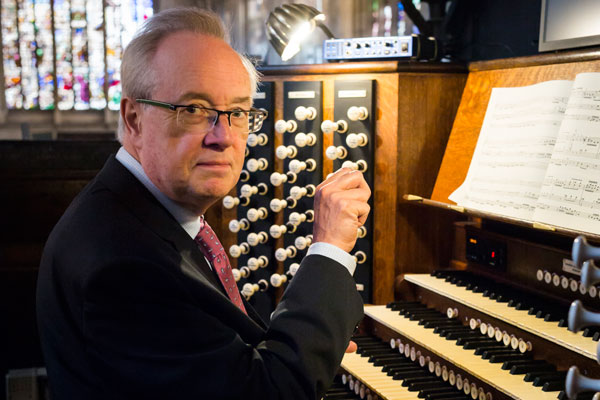 The Choir of King's College, Cambridge
Founded in the fifteenth century, The Choir of King’s College, Cambridge is undoubtedly one of the world’s best known choral groups. Every Christmas Eve millions of people worldwide tune into A Festival of Nine Lessons and Carols, a service that has been broadcast almost every year by the BBC since 1928. While the Choir exists primarily to sing the daily services in King’s College Chapel, its worldwide fame and reputation, enhanced by its many recordings, has led to invitations to perform around the globe, and to an extensive international tour schedule.
Academy of St Martin in the Fields
was created in 1967 to perform the larger chamber works with players who customarily worked together, instead of the usual string quartet with additional guests. Drawn from the principal players of the orchestra and led by violinist Tomo Keller, the Chamber Ensemble performs in all shapes and sizes, from string quintets to octets, and in various other configurations featuring winds. Its touring commitments are extensive and include regular tours of Europe and North America, whilst recording contracts with Philips Classics, Hyperion, and Chandos have led to the release of over thirty CDs.
Stephen Cleobury
Sir Stephen's conducting engagements beyond King's took him well beyond Cambridge and the UK. He has conducted many orchestras throughout the world, as well as many choirs. As a sought-after guest conductor, masterclass leader and lecturer, he frequently worked with visiting groups in Cambridge as well as on his travels. In his final season he appeared in Madrid, Stockholm, Paris, Berlin, Rome, as well as in the US and the UK.
Sir Stephen conducted many large-scale works at the Easter at King's festival and in the course of successive years of the Concerts at King's series, most frequently with the BBC concert Orchestra, the Philharmonia Orchestra and Chorus, Britten Sinfonia and the Academy of Ancient Music; these have included well-known works such as Beethoven Triple Concerto, Violin Concerto (with Jennifer Pike) and Mass in C, Boccherini Cello concerto (with Joseph Crouch), Brahms Piano Concerto no.2 (with Tom Poster) and Deutsches Requiem, Britten Sinfonia da Requiem, Saint Nicolas and Serenade for Tenor, Horn and Strings, Bruckner Mass in e, Duruflé Requiem, Elgar Cello Concerto (with Guy Johnston), Serenade for Strings, Dream of Gerontius, The Apostles, The Kingdom, The Music Makers, The Light of Life, Enigma Variations and Sursum Corda, Fauré Requiem (with Bryn Terfel), Handel Messiah, Dixit Dominus, Brockes Passion and Israel in Egypt, Haydn Trumpet Concerto (both with Alison Balsom and John Wallace), Te Deum, Schöpfungsmesse and Seven Last Words, Howells Stabat Mater, Hummel Te Deum, Mahler Resurrection Symphony, Mendelssohn Elijah (with Bryn Terfel), Violin Concerto (with Magnus Johnston) and Lobgesang, Monteverdi Vespers of 1610, Mozart Mass in c, Symphony no.29, Piano Concerto K414 (with Tom Poster), Davide Penitente, Grabmusik, Coronation Mass and Requiem, Parry Blest Pair of Sirens and Songs of Farewell, Pärt St John Passion, Puccini Messa di gloria, Rossini Stabat Mater, Saint-Saëns Organ Symphony (with Thomas Trotter), Schubert Mass in G and Tragic Symphony, Schumann Piano Concerto (with Francis Grier) and Scenes from Goethe's Faust, Schütz Seven Last Words, Strauss Oboe Concerto (with Nicholas Daniel), Vaughan Williams Dona nobis pacem, Verdi Quattro Pezzi Sacri and Requiem and Wagner Prelude to Die Meistersinger (not to mention annual Bach St Matthew/St John Passions). ...