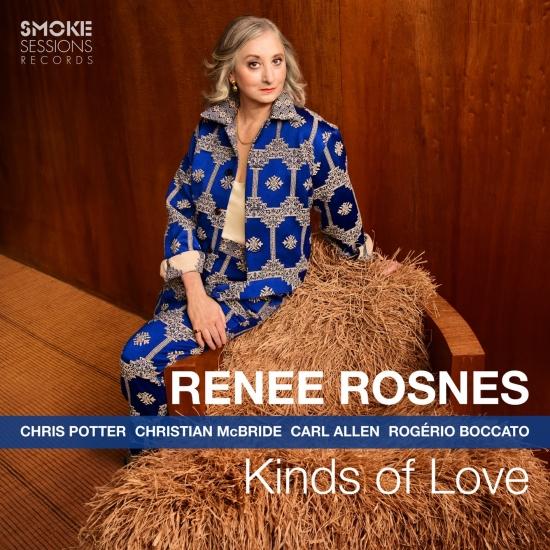 This strange last year has been a time of reflection and contemplation for many of us, cut off from the people and the things that we love. Pianist and composer Renee Rosnes has emerged with a reinvigorated appreciation for the many different shapes that love can take. Her breathtaking new recording, Kinds of Love, is both a celebration of and a meditation on the myriad forms it’s taken in her own life – romantic love, love of family, of nature, of the arts and of close relationships she’s forged with many of her fellow musicians (including the critically acclaimed ARTEMIS, the international all-star group of which Rosnes serves as musical director).
"Kinds of Love" is in itself a manifestation of a few of those ideas. The staggering all-star quintet that Rosnes assembled for the occasion – saxophonist Chris Potter, bassist Christian McBride, drummer Carl Allen, and percussionist Rogério Boccato – represent a deep web of friendships and collaborations stretching back decades in some cases. And for many of them, the recording date marked one of their first times back in a studio after the long dry spell of 2020. Rosnes seized the opportunity to craft a full album’s worth of new compositions, conceived with these particular voices, and their singular combination, in mind.
“I’ve tried to look at the pandemic as a gift of time, and the knowledge that I would soon be recording with my friends inspired much of the music,” Rosnes says. “It was thrilling to experience the humanity of making music again in the moment. Each of these musicians are profound, humble virtuosos and, on a human level, enlightened spirits.”
For Rosnes, Potter and McBride, Kinds of Love is a reunion of sorts; the three last recorded together on Rosnes’ acclaimed 1997 Blue Note release As We Are Now. The new album marks Potter’s fifth recording with Rosnes, including 1995’s Ancestors, Life on Earth (2002), and the 2018 Smoke Sessions release Beloved of the Sky. While she’s performed with Allen many times over the years, she was thrilled to have him join her on this project. Boccato is the pianist’s most recent acquaintance, a meeting facilitated by their shared experience with the tenor saxophonist Jimmy Greene.
“We are longtime friends who share a lot of history and camaraderie,” Rosnes says. “Having an unusual amount of quietude to work kept me creatively motivated during the past year. As I composed, I thought about each musician’s essence, and was truly inspired by all the possibilities.”
The love of family and the finer things are showcased on the album’s vibrant cover photo. Rosnes is seated on a raffia-upholstered club chair created by her nephew Aaron Aujla, the celebrated designer and co- founder of Green River Project. She’s also wearing a one-of-a-kind garment made from antique textiles, created by the award-winning Menswear designer and founder of BODE, Emily Adams Bode, who is Aaron’s fiancée.
Renee Rosnes, piano, Fender Rhodes, vocals
Chris Potter, tenor saxophone, soprano saxophone, flute, alto flute, bass clarinet
Christian McBride, bass
Carl Allen, drums
Rogério Boccato, percussion, vocals 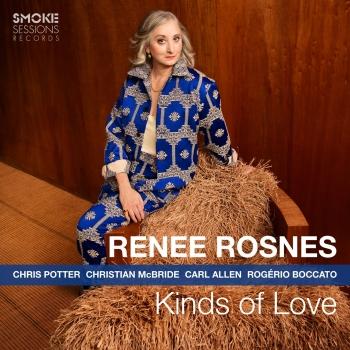 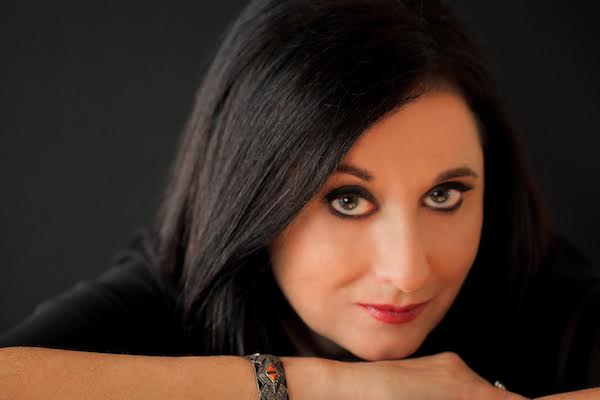 Renee Rosnes
is one of the premier jazz pianists and composers of her generation. Upon moving to New York City from Vancouver, Canada, she quickly established a reputation of high regard, touring and recording with such masters as Joe Henderson, Wayne Shorter, Bobby Hutcherson, J.J. Johnson, James Moody, and legendary bassist Ron Carter. She was a charter member of the all-star ensemble, the SFJAZZ Collective, with whom she toured for six years.
Ms. Rosnes has released 17 recordings, and has appeared on many others as a sideman. In 2016, Written in the Rocks (Smoke Sessions) was named one of ten Best Jazz Albums of the Year by The Chicago Tribune, one of the Best Albums in all genres of music by The Nation, and was awarded a 2017 Canadian Juno (her fifth Juno award). JazzTimes wrote, “Ms. Rosnes delivers conceptual heft, suspenseful compositions and mesmerizing performances,” and DownBeat praised it as “an exceptional achievement” stating “Rosnes is a virtuoso composer.” The band’s most recent session, Beloved of the Sky (2018) draws inspiration for the title track from Canadian painter Emily Carr, and features master musicians Chris Potter, Steve Nelson, Peter Washington and Lenny White.
Renee has produced concerts at Jazz at Lincoln Center, the New Jersey Performing Arts Center, and the 92nd Street Y in New York City. Renee is also the music director for ARTEMIS, a new all-star international band featuring the vocalist Cécile McLorin Salvant, clarinetist Anat Cohen, trumpeter Ingrid Jensen, tenor saxophonist Melissa Aldana, bassist Noriko Ueda and drummer Allison Miller.
1Over her 30 year career, Rosnes has collaborated with a diverse range of artists, from established masters such as Jack DeJohnette and tabla master Zakir Hussain, to younger giants such as Christian McBride, Chris Potter, Nicholas Payton and Melissa Aldana. She is a formidable composer and in 2003 was named SOCAN’s Composer of the Year. Her works have been performed and recorded by Phil Woods, JJ Johnson, Lewis Nash, Joe Locke, the Danish Radio Big Band, the Carnegie Hall Jazz Orchestra, and trombonist Michael Dease.
From 2008-2010, Rosnes enjoyed her role as host of The Jazz Profiles, an interview series produced by CBC-Radio. Also in the role of jazz journalist, Renee has contributed two major cover story interviews for JazzTimes magazine, one with Wayne Shorter and his quartet (April 2013) and the other with the late pianist Geri Allen (September 2013).
Aside from her work as a leader, Rosnes is currently a member of bassist Ron Carter’s Quartet, and often performs with her husband, acclaimed pianist Bill Charlap. The couple released Double Portrait (Blue Note) of which Downbeat wrote: “The counterpoint and compatibilities are so perfectly balanced, the selections and arrangements so handsome, that ‘Double Portrait’ is a prize.” The piano duo was also featured on four tracks from the 2016 Grammy award winning album, Tony Bennett & Bill Charlap: The Silver Lining, The Songs of Jerome Kern.