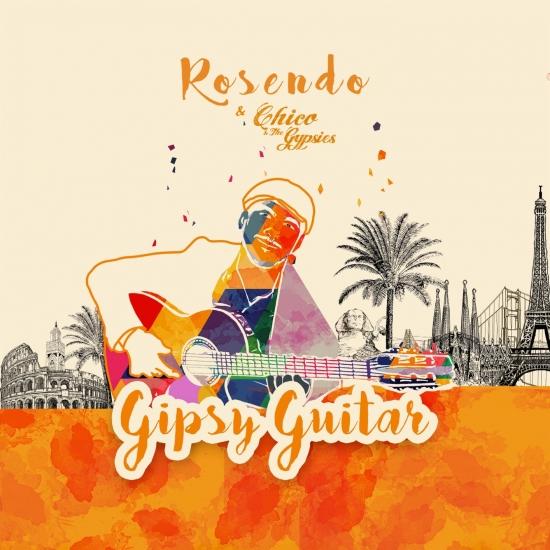 Rosendo Gomez, 28 years old, son of a musician-singer, grew up in gypsy music. From an early age, he is one of the few gipsy musicians to have attended the conservatory for 12 years. He is a confirmed composer.
This album "Gipsy Guitar", of original creations, shows the sensitivity and emotion of each track, and the influences of the great guitarist Paco de Lucia.
Today, his dream comes true when he becomes the solo guitarist of the group "Chico & the Gypsies", which sponsors him, sensitive to his art, his kindness and his humility.
Rosendo & Chico & the Gypsies 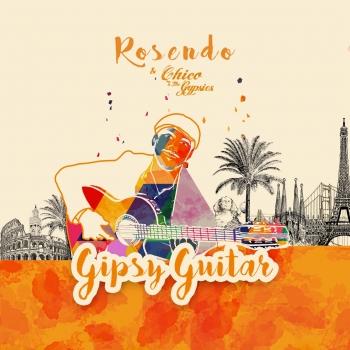 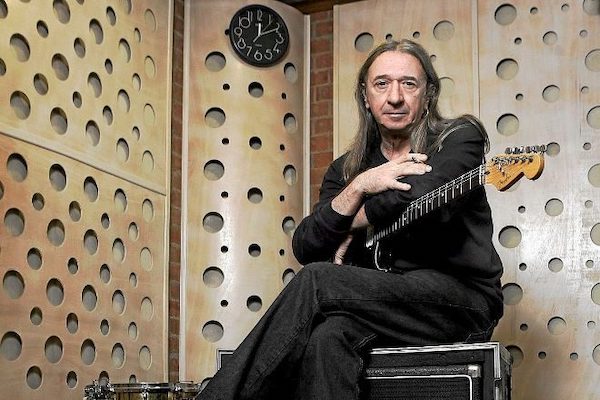 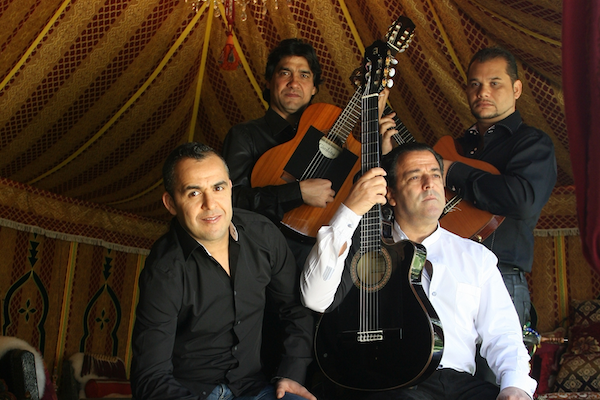 Rosendo Mercado Ruiz
known to Spanish rock fans only by his first name, was born in Madrid on February 23, 1954. Rosendo was brought up in the town of Carabanchel, where he would live for most of his adult life. Having learned guitar at an early age, he dropped out of engineering school as a young adult in order to play full-time. He joined a cover band called Fresa, which with time and some personnel changes became the popular Spanish rock band Nu. After recording an album with the group, Rosendo split off in 1977 due to personality conflicts with some of his bandmates. He took the band's bass player and drummer with him and formed a new group called Leño. In this new formation, Rosendo made his recording debut on some compilation records released by the Chapa Discos label in 1978. A year later Leño released their self-titled debut, followed by their sophomore effort Mas Madera in 1980. Following the successful live disc En Directo (1981) and Corre Corre (1982) Leño participated in the wildly successful Rock de una Noche de Verano tour. Having reached new heights of popularity, the band broke up in the fall of 1983. Rosendo wasted little time in embarking on his solo career, initiated by his 1985 release Loco por Incordiar. Though many of his early releases as a solo artists suffered criticism (Fuera de Lugar, A Las Lombrices) Rosendo stayed artistically active. He recorded prolifically throughout the '80s and '90s, generating almost a record per year for two decades. For his achievements and incredible staying power, Rosendo was awarded the Medalla de Oro al Merito en las Bellas Artes in 2006, which was followed by his 2007 release El Endemico Enbustero y el Incauto Pertinaz. (Evan C. Gutierrez, AMG)
Chico & the Gypsies
and released a dozen best-selling albums since the early 90s. Chico has built up a phenomenal worldwide audience of millions of music fans. They span from his native France to Japan via Dubaï. The band’s infectious brand of rumba, flamenco and Latin pop and rock tunes is joyful, flamboyant and hugely entertaining. Yet, there is so much more to the architect of the Gipsy Kings’ success. It saw them become the first French group to be awarded a platinum disc in the US and go on to sell an estimated 20 million albums.
Chico was also a UNESCO special envoy for peace and a keeper of the gypsy culture flame. Although he is not actually of gypsy extraction he developed a unique kinship with the rich traveling culture.
Chico was born Jahloul Bouchikhi in Arles to a Moroccan father and an Algerian mother. He grew up in Provence where he was befriended by the Reyes family. The family was headed by José Reyes. Jose was a renowned flamenco artist and gifted singer. He performed with his cousin, the virtuoso flamenco guitarist Ricardo Baliardo aka Manitas de Plata, in the early 60s. Inspired by the manouche (gipsy jazz) legend Django Reinhardt, they helped popularize a style of music influenced by the rhythms of the Afro-Cuban rumba. José Reyes then set up the band Los Reyes, later to become The Gipsy Kings with Chico (who had by this time married Jose’s daughter Marthe) and various family members, traveling around France, playing at weddings, festivals and in the streets.
In the early 80s, legendary French filmstar Brigitte Bardot was so taken with The Gipsy Kings that she asked them to regularly entertain guests at her beach house in Saint-Tropez. The Gipsy Kings became mainstays of the French airwaves and TV schedules with Djobi Djoba, Bamboléo and their inspired remake of the Claude François/Frank Sinatra standard Comme D’Habitude/My Way retitled A Mi Manera.
In 1986 they met legendary producer Claude Martinez and signed to Elektra for the US. They performed in Mexico, Australia, London and their audiences grew. They all loved the musical melting pot that reflected their gypsy origins and their easy-going, engaging embrace of the diverse cultures of the Mediterranean and beyond.
The Gipsy Kings’ 1989 album Mosaïque included an infectious version of Volare (Nel Blu Dipinto Di Blu). They continued their run of hit singles around the world and led to more world tours. But then Chico began asking questions about royalty statements and found himself out on a limb and out of a job.
Undeterred, Chico formed his own band, CHICO AND THE GYPSIES. In 1992 he quickly built up a reputation and a return to the charts with passionate, imaginative albums. Albums like Vagabundo in 1996, Fiesta, and Chantent Charles Aznavour, the collection of covers of songs by the hallowed French singer which has now sold in excess of 250,000 copies. Aznavour was one of the many guests on the 2012 set Chico & the Gypsies, & Friends. The album also featured Nana Mouskouri on a wonderful new version of Volare and Collectif Métissé. They teamed up with Chico and company to rework Don’t Let Me Be Misunderstood.
In July 1973, Chico’s older brother Ahmed Bouchikhi was assassinated in Lillehammer in Norway by agents from Mossad. Mossad is the Israeli secret service. They had mistaken him for Ali Hassan Salameh. Ali was one of the terrorists belonging to the Black September group responsible for the massacre at the 1972 Summer Olympics in Munich. “It was a clear case of mistaken identity. They killed him in cold blood. It’s the hardest thing to forgive when it’s your own flesh and blood,” reflects Chico.
In September 1994, Chico & The Gypsies were invited to join Harry Belafonte, Montserrat Caballé and orchestra conductor Zubin Mehta at a UNESCO concert. Therefore, it was held to coincide with the signing of the Oslo Accords by Shimon Peres and Yasser Arafat. Shaking hands with the Israeli foreign minister and the Palestinian leader on stage at the end of the show brought Chico a sense of closure.
This reinforced his belief in the power of reconciliation and the role music can play in that process. “When it comes to music, there are no frontiers, no borders. Music can be a bridge, a link between people.”