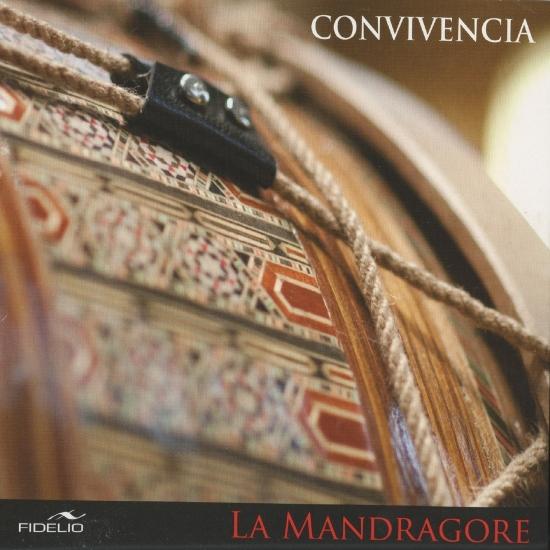 La Mandragore ensemble introduces its fourth album, Convivencia, whose title means coexistence and conviviality. It is often associated with Andalusia at the time of the Caliphate of Cordoba when Saracen, Jewish and Christian cultures briefly lived together in harmony. La Mandragore searched for this almost mythical Andalusia that appears like a dream world in 2010. More than a historical document, the group has created a moving and passionate tribute to mixed cultures that combines medieval tunes and original compositions. Many textures, sounds and languages intertwine, from Italian to Arabic, French and Ladino. One can hear a ney play with a traverso, an oud with a cittern and darbukas keep rhythm with palmas. The resulting album is both festive and melancholy, always full of hope and happiness.
Convivencia: it's coexistence, friendliness, shared life. This word is used to describe the Andalusian Caliphate of Cordoba where the Saracen, Jewish and Christian cultures have lived together harmoniously for a short period of time.
The Mandragore started looking for this almost mythical Andalusia, though it was not that far from the 2010 urban reality. They mixed the Latin, Arabic, Spanish songs, the Sephardic pieces, the Moroccan rhythms and have even added some compositions. During the concert, the nay mixes with the traverso, the ud sings with the cittern, the darbukas join the palmas and people learn to live side by side.
'Ensemble Mandragore is one of Montreal's most exciting young Early Music groups to emerge in the past five years. Both connoisseurs and the public at large appreciate their amusing, dynamic concerts that stand as the perfect introduction to Medieval music. Highly recommended!'
Ingried Boussaroque, vocals, recorders, krumhorn, nay
Sean Dagher, vocals, cittern, oud
Grégoire Jeay, vocals, recorders, traverso
Kattam, vocals, darbuka, cajon, bendir and other percussions
Andrew Wells-Oberegger, vocals, oud, percussions, bouzouki, gaida, gembri
Voted Best Sound of The Show at Salon Son & Image 2011 by Stereophile!
Recording Equipment:
This recording was done with the Neumann U-67 tube, Schoeps M222 (tube), AEA microphones connected to tubed preamplifiers and linked directly to a DCS 905 analog to digital converter with a 24Bits/176kHz resolution with the DCS Scarlatti clock. A Pyramix Mykerinos (Masscore) recorder completed the recording arsenal. 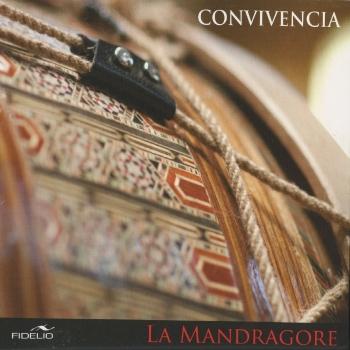 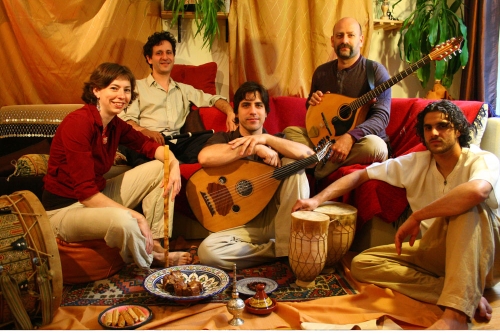 Mandragore's music has a powerful effect on its listeners, similar to those attributed to the mythical mandrake plant for whom they are named. The ensemble was founded in Montreal in 1995, and specialises in European music of the 12th to 14th Centuries.
The Artistic Director of this Early Music ensemble is Ingried Boussaroque (Soprano, recorders, crumhorn and harmonium), and François Taillefer (Percussion) acts as co-director. The other members include Sean Dagher (Cittern and Hurdy-Gurdy), Tobie Miller (Soprano, Flutes, Recorder and Hurdy-Gurdy) and Andrew Wells-Oberegger (Oud, Lute, Bouzouki).
This Medieval music ensemble boasts two distinguishing factors: first, an explosive energy and dynamism, and second, a musical approach that combines both musicological rigour and contemporary creativity. Mandragore adds catchy rhythms, languorous voices, rich chords and unexpected colours to medieval melodies. The results speak for themselves: invitations, concerts, recordings, etc. They have performed all over Quebec at festivals and period events. Mandragore has graced all manner of venues from Quebec City's Musée de la Civilisation to Montreal's Kola Note. The musicians of the Mandragore love to present rare instruments and share stories behind the music and historical context. Their performances seduce audiences of all ages, from neophytes to connoisseurs.
Ingried Boussaroque, artistic director - soprano, recorders, crumhorn, harmonium, tambour de Béarn, nay
Ingried Boussaroque founded La Mandragore in 1995. She is an experienced soloist, chorister, choir conductor and music teacher who's been in the field for more than 15 years. She is insterested in all the color of the voice: she got a solid classical training with Barbara Schlick in Germany, Glenn Chambers in Paris, Lucie Mayer and Marie-Annick Béliveau in Montreal; specialization in medieval music from the Centre de musique médiévale de Paris; arabic singing with Cherazad Helal in Tunisia; gypsy singing at the Amala school (Serbi), yiddish singing at KlezKanada (2006-07). Ms Boussaroque also holds a degree in piano from l'École de musique Vincent-d'Indy, and plays a variety of wind instruments. She started nay in 2010 with Sami Rizkallah. A grant allowed her in 2007 to create 'Neä', a solo project of electro-world music.
Seán Dagher - voice, cittern, hurdy-gurdy
Seán Dagher is a gifted string player whose main instruments are the cittern - Irish bouzouki - and the hurdy-gurdy. For 20 years, Dagher has been an active performer and talented arranger devoted primarily to Celtic, folk and the French Trouvères and Troubadours' musical traditions. Since 1994, he has been a singer and citternist with several groups like The Paddingtons, La Compâgnie Machaut and Skye Concert (he is the founder. In 1998, he lived in Dublin, Ireland studying and researching Celtic music performance. That same year, he completed a degree in Music Theory-Composition at Concordia University (Montréal). He is a member of the Mandragore since 2003.
Grégoire Jeay - traverso, recorders, percussions
Grégoire Jeay is specialized in the baroque flute. He has performed in concerts in Quebec, Ontario, Manitoba, France, Belgium, Mexico, Turkey, UK and the United States. Besides his affiliation with the Montreal Baroque Orchestra, he is also a member of numerous ensembles such as the Theatre of Early Music (Dan Taylor, dir.), the Montreal Baroque Band, Les Idées Heureuses, the Studio de Musique Ancienne de Montréal, the Trinity Consort in Portland, Oregon, the Lamèque Festival Orchestra in New Brunswick and, more recently, Tafelmusik in Toronto. As a chamber musician, he regularly plays with harpsichordists Luc Beauséjour, Joël Thiffault and Hendrik Bouman. He has also played in the company of the singers Susie Leblanc, Emma Kirby, Shannon Mercer, Nancy Argenta, Karina Gauvin, and Dan Taylor. He has participated in many recordings, notably with the ensemble Les Boréades, the Montreal Baroque Band, Skye Consort, Olivier Brault, and La Mandragore. On top of his activities as flutist, this multi-talented musician has many diverse interests: he composes and arranges, for soundtracks but also for his instrument : the flute.
Andrew Wells-Oberegger - oud, bouzouki, lute, gaida
Andrew Wells-Oberegger, a multi-instrumentalist, studied the lute with Jacques Joubert, the bombard with Gilles Plante and voice with Madelaine Jalbert. He also owns and plays a wide variety of other instruments including the oud, saz, jew’s harp, Bulgarian bagpipes, bouzouki, banjo and several kinds of flutes. A songwriter, he has also written soundtracks. Andrew has been playing with La Nef since Spring 2002 as well as local pop bands such as La Balconade (which he founded), Les Salmigondis and Les Globe-glotteurs. He joined Mandragore in 2000.