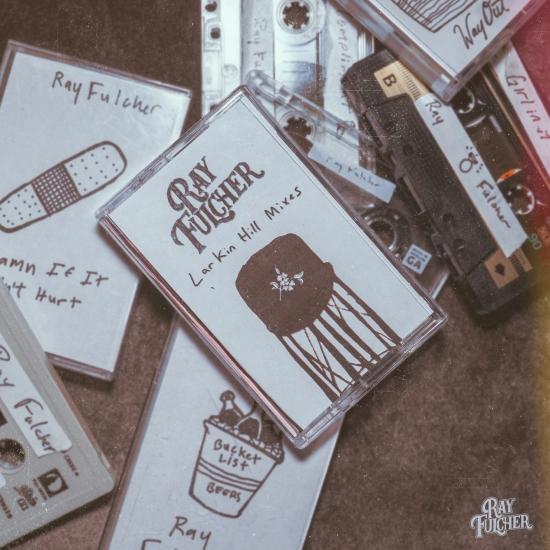 As a writer, Ray Fulcher understands the sweet spot of life. It's the same joy that marks the songs he's co-written with an old friend named Luke Combs. Eight of those songs ended up on the 2020 CMA Album of the Year What You See Is What You Get. Eight more ended up on This One's for You. Four of those songs – "When It Rains It Pours," "Even Though I'm Leaving," "Lovin' on You" and "Does to Me," featuring their mutual idol and influence Eric Church – went to #1.
Teaming with West Tennessee's Jonathan Singleton for production, the pair dug in for a Memphis-meets-'90s country sound. Guitars that sting, hooks that land and story twists that prompt smiles, they created retro-contemporary sounds that are old school, new school and no school country.
Whether it's the quick-word dropping, slow chorus in "Way Out" that pits the notion of how far out of town one lives with the idea of escape or the vocal harmony-basted swagger of the country living truths in "Compliment," Fulcher delivers songs that distill a slower way of life that's equal parts pride, joy and good clean fun. The euphoria almost rises from the tracks as the words, melodies and darning needle guitars fly by.
Certainly "Girl in It" leans into the notion of rhythm and punctuation. Whirling through the phases of love and losing, the truth is that no matter what – there's always a girl in it. "In the verse, you've definitely got that very rhythmic, aggressive tempo going on, but the way the hook lands, it changes everything up," said Fulcher. "You know, you can take a simple idea, but dress it up with how you drop the words, where you put the melody in the hook."
That same hand-clap percussive drive marks "Damn If It Didn't Hurt," the truth-telling take on life's little defeats and how a man growing up faces life, love and disappointment. The turnaround here comes from the reality that the best things in life often come with just enough pain to let you know, but not enough pain that if you could do it all over again, you'd do a single thing different.
Ray Fulcher, vocals, guitar 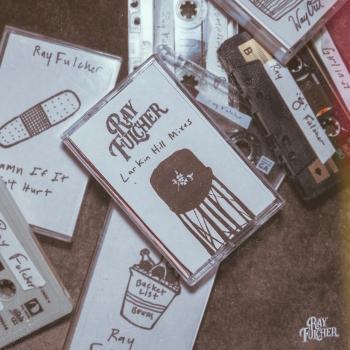 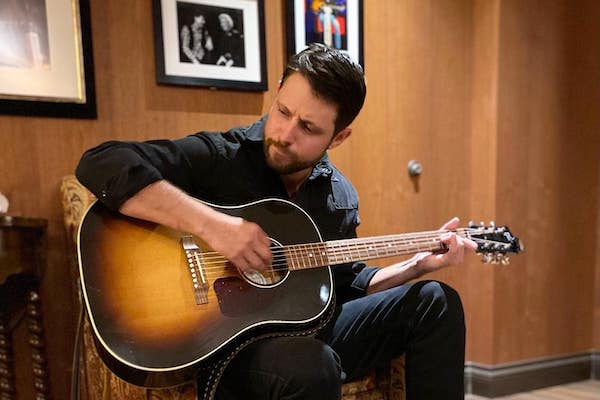 Ray Fulcher
“When I left Harlem, there was a moment on the way to Nashville, three hours up the road, where I asked, ‘What are you doing? Why are you the way you are?’ Home, everybody I cared about in the world was there... Even when you have the dream, you have that foundation. But then, I just kept going.”
Ray Fulcher is a lot of things. National Barrel Racing Horse Association 18 and Under Finalist at 12... Masters of Social Sciences and Education... University of Georgia Bulldogs football staff, working with the Quarterbacks on the field... Car Salesman... ATV Parts & Service Manager... Son, friend, (ex)boyfriend, music lover... And he was very good at all of them.
But there was this one thing. Music.
The kid who always turned the radio up when “Ocean Front Property” came on, in spite of his father’s admonition “I can’t think when it’s that loud,” would see Eric Church at the Georgia Theatre in Athens, Georgia -- and a light came on. Alone, no smoke or neon, this artist Fulcher didn’t really know played “Lightning.”
“There wasn’t a line in that song that I could relate to personally,” marvels the soft-spoken artist. “It’s about a guy on Death Row. But in that moment, every single word I felt. I thought, ‘However he’s doing that, I want to make people feel like that, too.’ Not that I was pursuing the music then, but the power of it just hit me.”
Like a lot of young men poised between youth and grown, Fulcher put together a few duos, the occasional band. They played “Tuesday’s Gone,” “River of Love,” “Let Her Cry,” “For What It’s Worth,” “All Along The Watchtower.” They drank some beer, had some laughs, wrote a few songs, talked to the people. Typical local band stuff, though the tugging at Fulcher never let go.
Even after moving home, he kept playing out, working jobs while he waited for a space to open up at the high school he’d attended. His life was set: teach social studies, coach football. It was the perfect small town life with all the sweetness, roots and dreams. What else was there?
After all, who dreams of 30+ million artist streams without a major label deal? Over 3 billion streams as a songwriter in a few short years? Four #1 singles co-written with one of your best friends? Or playing on some of country music’s biggest tours?
You can’t dream that. Impossible. But you can trust the fire in your gut, or the tugging at that “sensible” part of your brain. Sometimes, you just keep driving. And when you’re Ray Fulcher, who knew exactly one person in Nashville, who saw a musician he’d met once hit Facebook about being in Nashville alone, you let faith take you where dreams can’t imagine.
It was at the Tin Roof, he spied a kid he’d met the night he’d first come to Nashville to record. They’d bonded over loving Eric Church, a shared sense of humor, being outsiders and on fire with the desire to write songs that reached inside people. Striking up a conversation, they became friends, then started writing songs they wanted to hear and couldn’t find anywhere else.
Nashville being Nashville, everyone passed on both young men’s songs. Frustrated, they talked it out between themselves. Fulcher recalls, “We both had enough meetings, sat with enough people who kept saying, ‘You’re not ready... Keep working...’ They didn’t know, but we didn’t know either.
“I remember us talking, thinking, ‘I don’t know how to play this game, what these people want.’ But we knew inour hearts there were great songs, were songs we wanted to hear. In one way, we were a couple dudes in an apartment, making stuff up, stuff that wasn’t being made. Finally, we decided, ‘If it’s not right, it’s not right. But this is what we’re going to do.’”
Eight of those songs ended up on the 2020 CMA Album of the Year What You See Is What You Get. Eight more ended up on This One’s For You. Four of those songs – “When It Rains It Pours,” “Even Though I’m Leaving,” “Lovin’ On You” and “Does To Me,” featuring their mutual idol and influence Eric Church – went to #1.
Listening to his Black River debut Larkin Hill Mixes, the songs are instantly recognizable. Heck, they feel like old favorites from the very first listen. Maybe it’s the influences he grew up on. Maybe it’s the desire to lift people up, let them feel what he’s writing. Or maybe, just maybe, the friendly artist who writes songs of misdirection understands that life is what you make it – and lets his songs take it from there.
“We stuck to our guns, and we were right,” he says now. “Nothing works out like you planned it, but this turned out beyond our dreams. I’m thankful we trusted our sense that the songs we wanted to hear, other people would, too. “I’m just so thankful... We were right to stick to our guns, and now I get to take my career to the next level. My dream’s never changed, only some of my circumstances are a little different!”