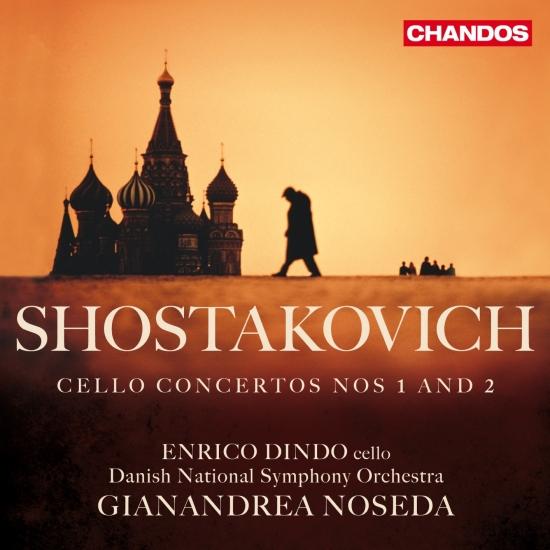 Shostakovich wrote two cello concertos for his great friend Mstislav Rostropovich.
Cello Concerto No. 1 was written in 1959, a difficult year for the composer. His second marriage was failing, and he was suffering from a debility in his right hand that hampered his ability to write, and to play the piano. His personal circumstances could not help but to colour this dark and uncompromising cello concerto. The angular motifs in the first movement grate against one another, and the slow movement touches depths of feeling unheard in Shostakovich’s works since the First Violin Concerto a decade earlier.
Shostakovich’s inspiration for the concerto was Prokofiev’s Symphony-Concerto for cello and orchestra. He loved this work, and told Rostropovich that he had played the recording of it so many times that it eventually wore out completely and only emitted a kind of hiss when he put it on his gramophone player.
Cello Concerto No. 2 was written seven years later, in 1966. It was premiered at the composer’s sixtieth birthday concert with Mstislav Rostropovich as soloist. Until the very last moment it was doubtful that Shostakovich himself would attend, as he had recently suffered a heart attack. In the end, he did make it to the concert, and both he and the new concerto were rapturously received. In the words of Rostropovich, this work is ‘less striking [than its predecessor]… but its profundity is second to none’.
The works are here performed by the cellist Enrico Dindo, whom Rostropovich himself described as ‘a cellist of exceptional qualities, a complete artist and a formed musician, with an extraordinary sound which flows as a splendid Italian voice’. Dindo has performed with the BBC Philharmonic, Rotterdam Philharmonic, Orchestre national de France, Toronto Symphony Orchestra, and Chicago Symphony Orchestra, among others, under conductors such as Valery Gergiev and Rostropovich. On this recording he is accompanied by the Danish National Symphony Orchestra under Gianandrea Noseda, an exclusive Chandos artist.
"The performance of Shostakovich's First Cello Concerto is particularly distinguished. Dindo musters tremendous energy and rhythmic dynamism in the outer movements while a vocally-inflected lyricism is ever-present throughout the despairing threnody of the Moderato. His apporach to the cadenza is wonderfully fluid and he draws special attention to the inner details...Noseda once again demonstrates his consummate artistry as a concerto accompanist." (BBC Music Magazine)
"Dindo is a magnificent cellist, and he has the technical measure of these very different but equally great compositions; he is very well partnered by Gianandrea Noseda and the Danish orchestra and the recording quality is first-class, but there remains a lasting impression that Dindo's technical mastery overrides his musical understanding." (International Record Review)
"There’s a dark magic in the way that the Italian cellist Enrico Dindo unfolds his opening monologue, matched by Gianandrea Noseda’s careful colouring of the muted first orchestral entry. The central Scherzo, based on an Odessa folk song, features some fabulous orchestral bassoon playing, but it’s the finale which really haunts...Terrific, and Dindo’s bravura approach gives this elusive piece much more presence than usual, helped by Noseda’s brilliant solo winds." (The Arts Desk)
Enrico Dindo, cello
Danish National Symphony Orchestra
Gianandrea Noseda, conductor 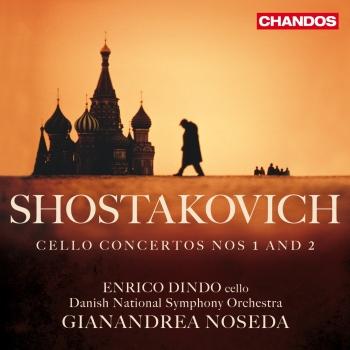 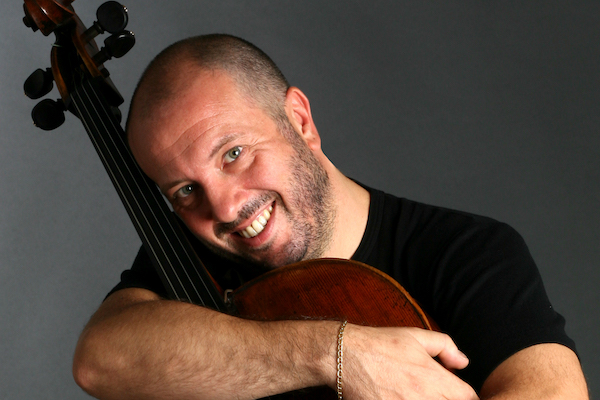 Enrico Dindo
was born into a family of musicians.
At the age of six he began studying cello and afterwards graduated at the "G. Verdi" Conservatoire of music in Turin. Later on, he perfected his studies with Egidio Roveda and with Antonio Janigro.
In 1987, at the age of 22, he began performing as principal cellist in the Teatro alla Scala Orchestra, for eleven years until 1998. In 1997 he won the First Prize at "ROSTROPOVICH" Competition in Paris, the great Russian Maestro wrote about him: “he is a cellist of exceptional qualities, a complete artist and a formed musician, with an extraordinary sound which flows as a splendid Italian voice”. Since then, he began the soloist activity performing in many countries, with prestigious Orchestras such as the BBC Philharmonic Orchestra, the Rotterdam Philarmonic Orchestra, the Orchestre Nationale de France, the Orchestre du Capitole de Toulouse, the Filarmonica della Scala, the St. Petersburg Philharmonic Orchestra, the State Orchestra of Sao Paulo, the Tokyo Symphony Orchestra, the Toronto Symphony Orchestra, the Chicago Symphony Orchestra and the Gewandhausorchester Leipzig Orchestra. He also performed with important Conductors such as Riccardo Chailly, Aldo Ceccato, Gianandrea Noseda, Myung-Whun Chung, Daniele Gatti, Yuri Temirkanov, Paavo Jarvj, Valery Gergev, Riccardo Muti as well as Mstislav Rostropovich.
He was guest in numerous Festivals and Concert halls of the whole world among which London (Wigmore Hall), Paris Evian, Montpellier, Santiago de Compostela, participating at the Budapest "Spring Festival", at the Settimane Musicali of Stresa, and at the White Nights Festival in St. Petersburg, and he was invited at the Dubrovnik Festival and by Gidon Kremer at the Lockenhaus Festival.
In May 2000 the Associazione Nazionale Italiana Critici Musicali (Italian National Association of Musical Critics) confers him the “Abbiati” Prize as the best soloist of the 1998/1999 Season. In August 2004 he was named overall winner of the Sixth International Web Concert Hall Competition, and in November 2005 the President of the Italian Republic Carlo Azelio Ciampi awarded him the “Vittorio De Sica” Prize for the music.
Among his recent engagements we remind concerts with the Swedish Radio Orchestra in Stockholm, with the London Philharmonic and two European tour (2010 and 2013) with the Gewandhausorchester, conducted by Riccardo Chailly, with concerts in Leipzig, Luzern, Paris, London and Vienna.
Among the authors that composed music dedicated to him there are Giulio Castagnoli (Concerto for Cello and double Orchestra), Carlo Boccadoro (L’Astrolabio del mare, for cello and piano and Asa Nisi Masa, for cello, two horns and strings), Carlo Galante (Luna in Acquario, for cello and ten instruments) and Roberto Molinelli (Twin Legends, for cello and Strings, Crystalligence, for cello solo and Iconogramma for cello and orchestra).
In 2014 he has been appointed Principal and Musical conductor at the Croatian Radio Television Symphony Orchestra in Zagreb.
Enrico Dindo records for Decca and plays a Pietro Giacomo Rogeri cello of 1717 (ex Piatti), confided to him by the Pro Canale Foundation.