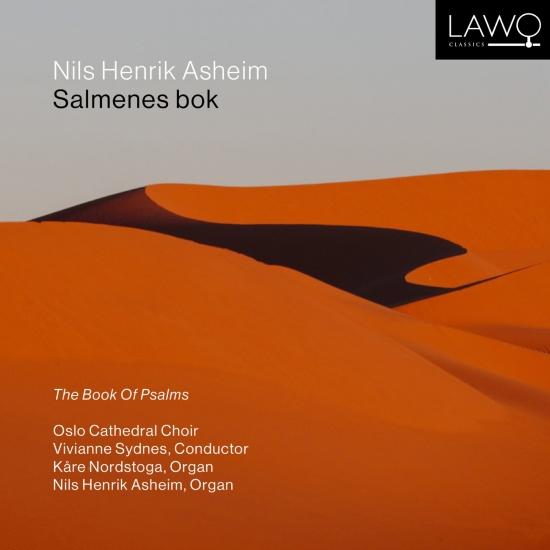 After aging the past 24 years, Nils Henrik Asheim’s work “Salmenes bok” (“The Book of Psalms”) has now been released. The hour-long work was written for the dedication of Oslo Cathedral’s new Ryde & Berg organ in 1998. It features both organs in the cathedral (with Kåre Nordstoga on the choir organ and Asheim playing the main organ) to create a surround sound around the choir singing 21 texts from the biblical Psalms in a rich tonal language equally rich in contrast. The result is a unique listening experience, a magical fusing of voices and organ.
The music ranges from simple and lyrical to complex and chaotic. In Asheim’s own words:“The Book of Psalms is filled with ultimate questions about life. The texts are a human response to what is incomprehensible. They range from songs of deep lament to ecstatic praise and express rage, joy, regret, jubilation, fear, devotion, resignation, longing, wonder and cries of distress. The choir in “The Book of Psalms” represents a flow of consciousness from cultures with which we have connections dating back thousands of years. The flow of text may be such that the words are hurled out in cascades of shouts, lie still as a carpet of sound, or are sung like a pirouetting ornamented melody eternally restless.”
Performing the work is challenging for both choir and organists, and the recording has resulted from the work of Oslo Cathedral Choir and choral director Vivianne Sydnes over a long period of time and their close relationship to this music.
Salmenes bok (The Book Of Psalms), by Nils Henrik Asheim: The process behind this work originates from when Oslo Cathedral commissioned a largescaled work by Nils Henrik Asheim for the inauguration of the church's new main pipe organ in 1998. The composer suggested including a choir to create a cycle of texts from the Book of Psalms, and the Oslo Cathedral Choir were more than willing to participate, with their dedication to the piece being integral to the work's development.
Organ builders Ryde & Berg made both the main organ (with 53 voices) and the choir organ (16 voices), with the combination of the two becoming central to the concept of the work. The two instruments bathe the room in an immersive soundscape, with the choir representing the voice inside this.
The composer himself chose a selection of lines taken from 21 hymns, with the view to creating a holistic narrative through use of contrasts. Five “Allelujah” movements for organ complete each of the sections of the work. In the 1998 version, these were improvised movements for solo organ, but in the revised version from 2019 the movements were re-composed as organ duos. The titles of these five movements are taken from Psalm 150, v.1–3.
Kåre Nordstoga, organ
Nils Henrik Asheim, organ
Oslo Domkor
Vivianne Sydnes, conductor 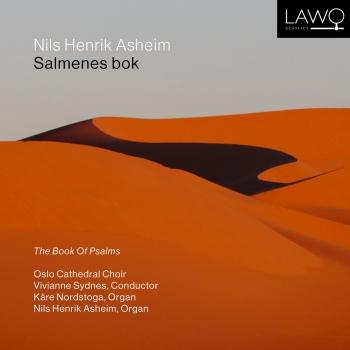