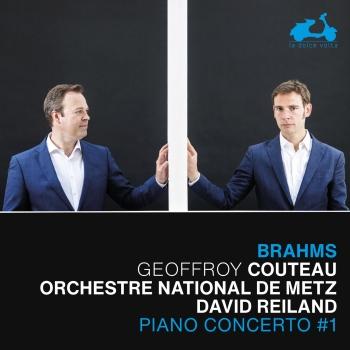 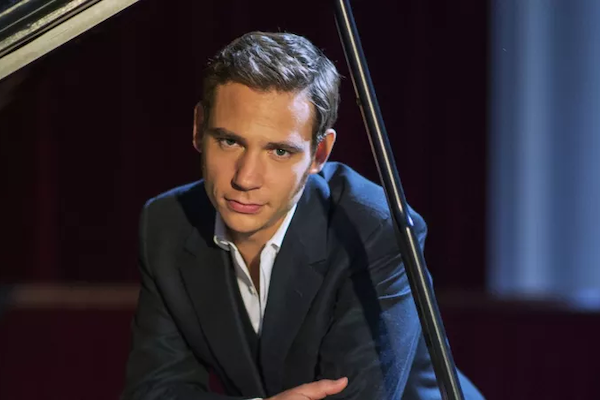 Geoffroy Couteau
Brahms has always fascinated Geoffroy Couteau. After winning First Prize at the International Johannes Brahms Competition in 2005, he went on to record the composer’s complete solo piano works for La Dolce Volta. The specialist press unanimously acknowledged this extraordinary discographical venture by categorising it among the finest recordings of the year 2016.
Geoffroy Couteau has appeared in some of the world’s most prestigious venues, including the Main Auditorium of the Forbidden City Concert Hall in Beijing, the Amsterdam Concertgebouw, the Cidade das Artes in Rio de Janeiro, the Auditorium of the Musée d’Orsay, the Philharmonie de Paris, the Maison de Radio France, the Salle Gaveau and the Grand Théâtre de Bordeaux.
He is a regular guest at such festivals as Piano aux Jacobins, Menton, Saintes, Radio France-Montpellier, Lille Piano Festival, L’Esprit du Piano in Bordeaux, the Printemps des Arts de Monte-Carlo, Piano en Valois, the Chopin festivals of Nohant and Bagatelle, the Festival Messiaen au Pays de la Meije, and the Eygalières Festival.
Geoffroy Couteau had a dazzlingly successful career at the Conservatoire National Supérieur de Musique et de Danse de Paris, where he studied with Michel Béroff.
He is now artist in residence at L’Arsenal de Metz, a fertile collaboration that showcases his musical qualities.
David Reiland
Born in Belgium, David Reiland holds diplomas in saxophone, conducting and composition from the Royal Conservatory of Brussels and the SalzburgMozarteum. He has been Music Director and Artistic Director of the Orchestre National de Metz since September 2018 and was reappointed in 2020 for a second term until 2024. Under his leadership, the orchestra has broadened its scope and repertory, from the Classical works of which he is particularly fond to today’s composers, while still retaining a strong focus on French music.
David Reiland has been Music Director of the Sinfonietta de Lausanne since 2017, and was appointed Principal Guest Conductor of the Münchner Symphoniker in 2019, while in August 2020 the Düsseldorfer Symphoniker, with which he has had a special relationship since the 2017/18 season, awarded him the title of ‘Schumanngast’. He trained for three years as assistant conductor to The Orchestra of the Age of Enlightenment under Sir Simon Rattle and Sir Roger Norrington, and was subsequently Music Director and Artistic Director of the Orchestre de Chambre du Luxembourg from 2012 to 2017.
He is a regular guest with Oper Leipzig, Korean National Opera, the National Orchestra of Belgium, the Liège Royal Philharmonic, Opera Ballet Vlaanderen and the Flanders Symphony Orchestra. After making his debut at the Amsterdam Concertgebouw and with the Konzerthausorchester Berlin, he will shortly conduct Die Zauberflöte at the Komische Oper Berlin and Les Pêcheurs de perles at the Grand Théâtre de Genève.
The Orchestre National de Metz
founded in 1976, is in permanent residence at the Arsenal and has its own Maison de l’Orchestre where it rehearses.
Under the artistic and musical direction of David Reiland, its seventy-two musicians give around eighty-five concerts and performances per year throughout its home region, the Grand Est, elsewhere in France and abroad. It holds the
label of ‘orchestre national en région’, and since 2016 has been part of the Cité Musicale-Metz, which, along with the three Metz Concert halls L’Arsenal, BAM and Les Trinitaires, constitutes an ambitious project as a home for all kinds of music and dance, aimed at all audiences. Artistic and cultural outreach, cultural democratisation and social inclusion are at the heart of the orchestra’s priorities: it organises numerous activities for schoolchildren and audiences who are less familiar with music within the Metz Metropolitan Area and elsewhere in the region.
The Orchestre National de Metz is administered and financially supported by a joint commission (syndicat mixte) comprising the City of Metz, the Grand Est Region and Metz Métropole. The French State (DRAC Grand Est) also contributes to its funding.