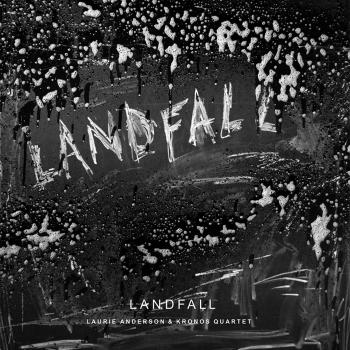 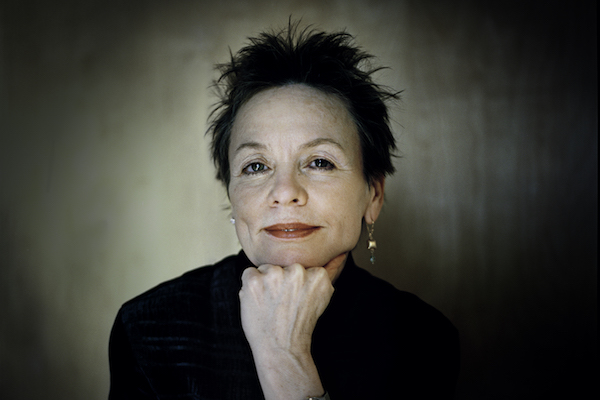 Laurie Anderson
is one of America’s most renowned - and daring - creative pioneers. She is best known for her multimedia presentations and innovative use of technology. As writer, director, visual artist, and vocalist, she has created groundbreaking works that span the worlds of art, theater, and experimental music.
Her recording career, launched by O Superman in 1981, includes the soundtracks to her feature films Home of the Brave and Life on a String composed in 2001. Anderson’s live shows range from simple spoken word to elaborate multi-media stage performances such as Songs and Stories for Moby Dick in 1999. Anderson has published eight books and her visual work has been presented in established museums around the world.
In 2002, Anderson was appointed the first artist-in-residence of NASA which culminated in her 2004 touring solo performance The End of the Moon. Film projects include a series of audio-visual installations and a high definition film, Hidden Inside Mountains, created for World Expo 2005 in Aichi, Japan. In 2007, she received the prestigious Dorothy and Lillian Gish Prize for her outstanding contribution to the arts. In 2008 she completed a two-year worldwide tour of her performance piece, Homeland, which was released as an album on Nonesuch Records in June 2010. Anderson’s solo performance Delusion debuted at the Vancouver Cultural Olympiad in February 2010 and toured internationally throughout 2011. A retrospective of her visual and installation work was exhibited in São Paulo and Rio de Janeiro in 2010. In 2011, an exhibition of her visual work was shown at the Fabric Work-shop and Museum in Philadelphia.
Vito Schnabel presented the first exhibition of Anderson’s paintings in New York in 2012 and has continued to work with her since. Anderson’s Drum Dance from Home of the Brave was exhibited at Vito Schnabel Gallery in St. Moritz in 2016 as part of the exhibition A Selection of Works from the 1980s.
In 2017, MASS MoCA’s Building 6 opened, beginning a fifteen-year rotating exhibition of work from Anderson’s archive as well as a platform to present new works. As part of the 2017 opening, Anderson and Hsin-Chien Huang premiered their first collaborative VR works Chalkroom and Aloft. Chalkroom has been featured in film festivals all over the world including The Venice Film Festival where it won the award for “Best VR Film” under its Italian title La Camera Insabbiata. Anderson continues to tour her evolving performance Language of the Future and has collaborated with Christian McBride and Philip Glass on several projects in 2017. Anderson continues to work with the activist group The Federation which she co-founded in 2017.
In February of 2018, Landfall, a collaboration between Anderson and Kronos Quartet was released through Nonesuch Records. Commissioned by Kronos Quartet in 2013, the work was inspired by the devastating effects of Hurricane Sandy. This February, Rizzoli is releasing All The Things I Lost In The Flood, a book of images and a series of essays about pictures, language, and codes.