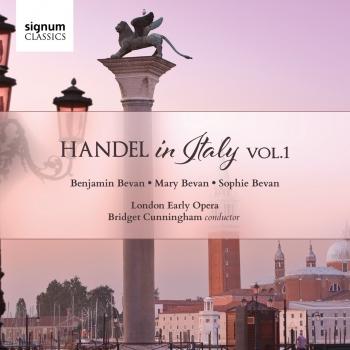 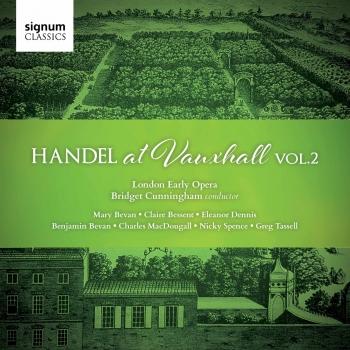 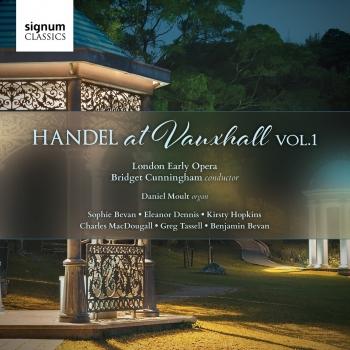 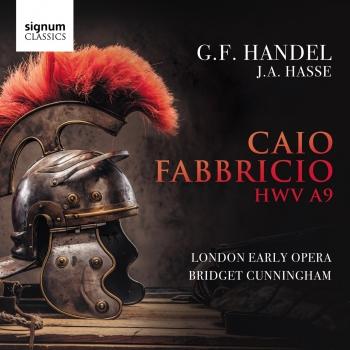 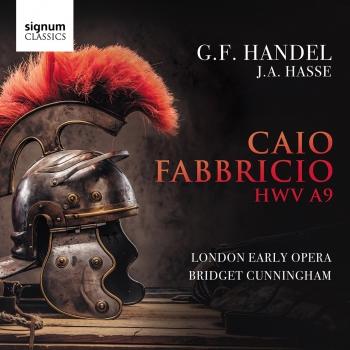 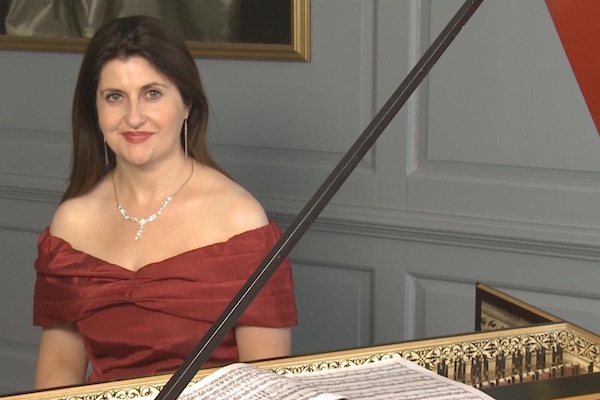 Bridget Cunningham
is an international opera conductor, prizewinning harpsichordist, presenter and musicologist who trained at the Royal College of Music. She has researched, conducted and produced this series of vocal and orchestral recordings of Handel with sopranos Sophie Bevan and Mary Bevan, baritone Benjamin Bevan, and London Early Opera with production by Grammy winning Chris Alder.
Bridget has conducted at venues such as St Martin-in-the Fields, Grosvenor Chapel, St James’s Piccadilly and St John’s Smith Square in London and at venues and festivals throughout Europe and her repertoire has included Magic Flute, Semele and Fairy Queen. She conducts several orchestras including London Early Opera, Music of the Spheres Ensemble and is associate conductor for the Schola Pietatis Antonio Vivaldi. She has a wide musical background as well as Early Music from performing Piazolla with the RTE Irish Chamber Orchestra live on Lyric Radio, to conducting recordings of early 20th Century English music composed by George Butterworth.
As a solo harpsichordist, Bridget has broadcast on Austria’s National Radio Stephansdom with pianist Angela Hewitt, performed as a solo harpsichordist to Prince Charles and the Royal Family at Buckingham Palace and played at Château de Hautefort and Maison Hine as part of Festi Classique in France.
Bridget Cunningham has been supported by the Finzi Trust and the Worshipful Company of Musicians as a Junior Fellow of the Royal College of Music for her work in the Centre for Performance History where she researched Early Music and the collection of historic instruments and continues to coach singers. She regularly gives lecture recitals at National art galleries and has opened ‘Watteau: The Drawings Exhibition’ at the Royal Academy of Arts in London.
She has recorded and presented several programmes for SkyArts, RTE, Radio Stephansdom, Radio France and BBC television documentaries including Messiah and Vivaldi’s Women. She has made a recent harpsichord video for the Handel House Museum, Brook Street, London and has recorded several radio broadcasts on Handel and the King James Bible for BBC Radio 3 and 4.
London Early Opera
has made an impact around the world for outstanding performances imaginative programmes, award winning research of baroque music, acclaimed CD recordings and for nurturing international singers and musicians in the baroque style.
Our Artistic Director, Bridget Cunningham coaches and directs from the harpsichord and researches the music with a group of leading historians and musicologists from around the world creating our own new editions and scores. Our emerging artists scheme The Handelians focuses on the development and education of exceptional singers and musicians inspiring the future generations – one of Handel’s passions.
LEO is expanding its recording series with Signum Classics exploring Handel’s colourful life, influences and experiences which inspired his magnificent musical legacy. Handel in Italy Volumes 1 & 2, Handel in Ireland, Handel at Vauxhall Volumes 1 & 2 and Handel’s Queens LEO was shortlisted for nominations for Gramophone Music Award 2020:
“Handel has never sounded better” 2019 BBC Music Magazine 5 Stars *****
Since 2008 our diverse performances range from Handel’s Semele, Acis and Galatea, Messiah, Bach’s Easter Oratorio, Trafalgar Day Concert with Jamie Crick, a 400th Anniversary concert of Monteverdi‘s 1610 Vespers at Southwark Cathedral, Couperin’s Leçons de ténèbres, several performances at the London Handel Festival, Handel Hendrix and the Foundling Museums, a recording for period instruments of the Shropshire Lad by George Butterworth and a live broadcast for BBC Radio 4 on the River Thames celebrating the 300th anniversary of Handel’s Water Music with a world premiere BBC commission.