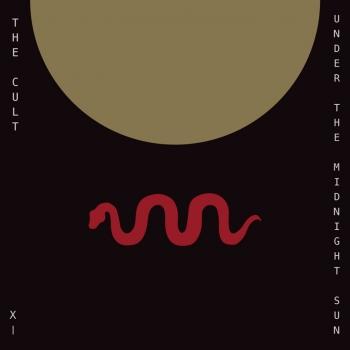 Under The Midnight Sun 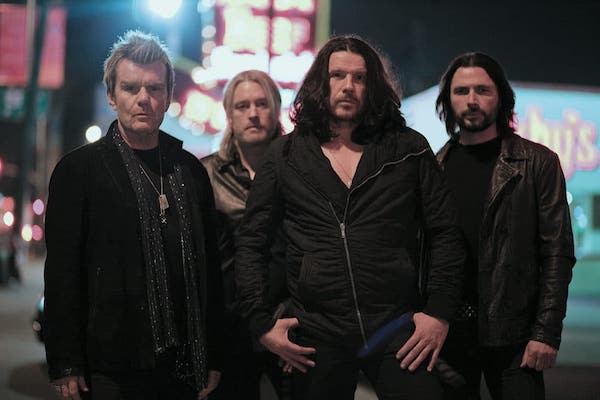 The Cult
(formed in 1983) is an English post-punk and hard rock band, originally formed as a gothic, metal revivalist band with Native American influences, hailing from Bradford, Yorkshire, UK.
Prior to forming The Cult, vocalist Ian Astbury founded the gothic rock band the Southern Death Cult alongside guitarist David Burrows, bassist Barry Jepson, and drummer Haq Quereshi. In December 1982 the band issued their debut double A-sided single “Moya”/“Fatman” and were attracting audiences of up to 2,000 people by their fifth live gig. Following a slot opening for the band Bauhaus, Astbury disbanded the group after reading too many positive articles about them in music periodicals.
By 1983 Astbury had formed Death Cult with guitarist Billy Duffy, drummer Ray Mondo, and bassist Jamie Stewart and released a self-titled EP that summer. With fears of being associated as a gothic band, in 1984 Death Cult became The Cult, boasting their brand of hard rock with punk/psychedelic influences. The band’s debut full-length “Dreamtime” arrived later in 1984 peaking at No. 21 on the UK Albums Chart. The record was led by the single “Spiritwalker”, earned favourable reviews from the musical press, and introduced Astbury’s interest in Native American issues. Prior to touring in support of the release The Cult recorded five songs at Maida Vale 5 studio for Richard Skinner of BBC Radio.
The Cult’s fourth single “She Sells Sanctuary” was released in May 1985, peaking at No. 15 on the UK Singles Chart. By this point Mark Brzezicki had arrived as the group’s new drummer and the band were putting the final touches on their sophomore album. 1985’s ”Love” arrived in August strongly rooting their music away from punk towards 1960’s psychedelia. The album charted well peaking at No. 4 in the UK, and sold impressively throughout Europe, Australia, and the U.S. In support of the release The Cult embarked on a worldwide tour with new drummer Les Warner, during which time the band released the subsequent album singles “Rain” and “Revolution”.
Despite initial recordings not satisfying the Cults’ members, re-recordings in New York with producer Rick Bubin produced positive albeit much heavier results. The 1987 album “Electric” was led by the No. 18 single “Love Removal Machine”, cementing the Cult’s devoted following in the UK and augmenting one in the U.S. The Cult’s fourth full-length album “Sonic Temple” was recorded with Astbury and new drummer Matt Sorum, and represented the group’s most successful release to date. Earning gold certification in the UK and platinum in the U.S., the album’s Top 10 U.S. single “Fire Woman” led to the band touring with Aerosmith, Soundgarden, and Metallica.
With Mickey Curry added on drums and Charlie Dayton on bass, the Cult released their fifth full-length “Ceremony” in 1991. Despite the sales of its predecessor, the Cult project was splintering behind the scenes, and following the release the band took a three year hiatus. The compilation “Pure Cult” arrived in 1993, as did a new rhythm section featuring former Mission bassist Craig Adams and drummer Scott Garrett. Following a disappointing self-titled album in 1994 the band once again took a hiatus with Astbury forming the Holy Barbarians” in 1995.
Astbury, alongside Matt Sorum, Duffy and Martyn LeNoble appeared as The Cult in June 1999 at the Tibetan Freedom Festival. The group later crafted the album “Beyond Good and Evil” in 2001, “Born into This” in 2004, and “Choice of Weapon” in 2012.