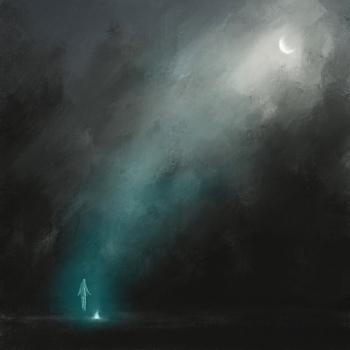 LUKÁŠ BULKO
is self-taught composer from Slovakia with no musical scholar backround. He was born in 1986 in Trenčín and currently lives in Bratislava. He started making music on computer in the age of 15 and successively it became his greatest joy.
In 2018 his debut album “Hidden For The Eyes” was released under Slowcraft Records. The production of the album took 8 years of work. His second full length album called “Ceremony” will be released on October 8th 2021 under Lost Tribe Sound label.
Lukas is crafting collages of neo-classical, experimental and electronic compositions, with hint of traditional influences, yet made in a modern way. He is searching for originality in values that music can manifest. His intention is to provide music for contemplative listening, exploration and traveling in mind.
GUEST MUSICIANS:

JÁN KRUŽLIAK JR.
(Ceremony) – Ján Kružliak Jr. is a violinist well versed in playing several musical styles. Thanks to his flexibility and versatility, he has become a sought-after musician.
He works as a classical music musician (Slovak Chamber Orchestra of Bohdan Warchal, SND Opera Orchestra, Aarhus Symphony Orchestra, Randers Chamber Players, Junges Klangforum Mitte Europa, European Philharmonic Orchestra, Symphony Orchestra Viva Musica!) and is fond of folk and world music ( Zuzana Mojžišová a jej Družina, La3no Cubano, The Surge). He also plays jazz (Bratislava Hot Serenaders, Folk Youth, Valér Miko), rock-pop (collaboration with the bands Medial Banana, Lavagance, Billy Barman, Walter Schnitzelsson, Martina Javor, The Lovely Pimps…) and electronic music (Jimmy Pé, Petijee, Dj Mathew, VelvetSky). He is no stranger to contemporary music (Ensemble Ricercata, EnsembleSpektrum, Soozvuk, Veni) or experimental music using various effects and recording (looping) his own music live in real time.
RICHARD GROSSMAN
L.Ac., O.M.D., Ph.D. (Ceremony) – Richard’s lifelong interest in healing and spirit merged and was inspired by the power and profound beauty of ayahuasca with sound and music. He has travelled extensively in Ecuador and Peru studying with indigenous shamans in their native lands. He does healing work in ceremonial settings around the globe in a unique synthesis of traditional Amazonian shamanism, deep energetic healing, and sound healing techniques from many of the world’s cultures. Richard has dedicated his life to healing and health, or, in the words of his younger self, to help others out of their suffering. (web1, web2, sc)
ADAM DEKAN
(Hidden for the eyes & Ceremony) born in 1986 is Slovakia based musician and producer, working as a sound-designer and mixing engineer. His long time passion for modular synthesis and keyboard synths has brought him to appreciate and explore many modern yet harmonically rich musical genres. (sc)
MARIÁN HRDINA
(Hidden for the eyes & Ceremony) was born in 1986 as one of three kids in the family of teacher and journalist. He discovered musical talent as 17 years old, when he enrolled for singing role in theater play. He later studied classical opera singing in VŠMU and now is member of Slovak philharmonic choir and Danubius octet singers. He also runs his own musical projects.
ALEX LUKÁČOVÁ
(Hidden for the eyes) born in 1989 in Bratislava had been developing her musical talent since 15 years old. Starting with drums, later bass-guitar and finally singing. She was core member and singer in electro-acoustic band Núku. (bc)