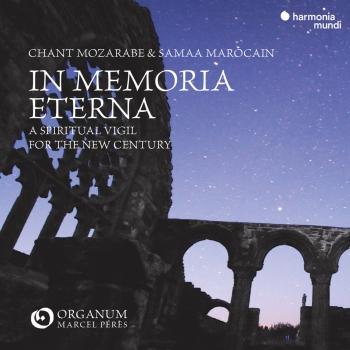 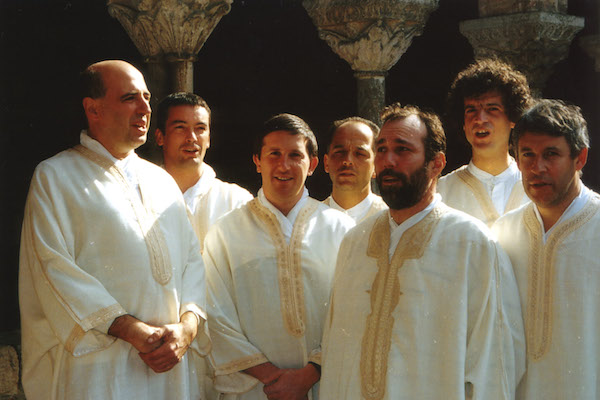 Ensemble Organum
Founded by Marcel Pérès in 1982 at the Abbey of Senanque, and established at the Foundation Royaumont near Paris since 1984, Ensemble Organum has made the revival of the vocal and instrumental art practised at different periods of the Middle Ages its vocation. The Ensemble's repertoire extends from the earliest sources known (Old-Roman, Gallican and Carolingian chant) to the 15th century, and is composed largely of music intended for liturgy. Ensemble Organum, in its concerts and recordings for the Harmonia Mundi label, ensures the realization and propagation of the research undertaken in the field of medieval music at the Foundation Royaumont in the framework of the Atelier de Recherche et d'Interprétation des Musiques Médiévales (A.R.I.M.M.), of which Marcel Pérès is the director.Each year, the efforts of the singers are focused on several specific research programs, in conjunction with musicologists and historians both from France and abroad (including the U.S.). A particular manuscript or certain aspects of the repertory are studied in depth. Thus in contact with the most recent historical and musicological discoveries, the Ensemble is constantly expanding its repertory. Ensemble Organum also pays particular attention to still-existent oral traditions, to which it brings a completely new approach. The results of its research programs are presented in concert tours in France and abroad, and in its recordings.Each of Ensemble Organum's recordings is an illustration of its thoroughly historical and at the same time experimental approaches, which are a conjunction of a study of the musical and theoretical sources and the practice of oral traditions (Byzantine chant and Syriac chant, for example) which, from a historical point of view, were originally linked to the Western repertories.