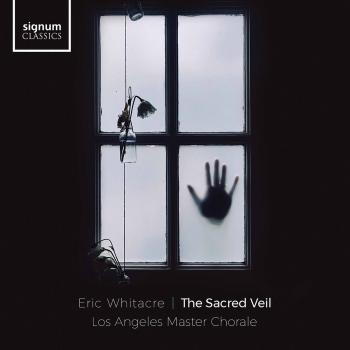 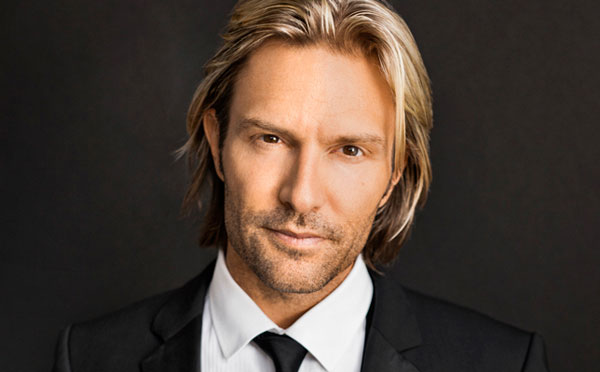 Eric Whitacre
Grammy Award-winning composer and conductor, Eric Whitacre, is among today’s most popular musicians. His works are programmed worldwide and his ground-breaking Virtual Choirs have united singers from more than 145 countries. Born in Nevada in 1970, Eric is a graduate of the prestigious Juilliard School of Music (New York). He completed his second and final term as Artist in Residence with the Los Angeles Master Chorale in 2020 following five years as Composer in Residence at the University of Cambridge (UK).
His compositions have been widely recorded and his debut album as a conductor on Universal, Light and Gold, went straight to the top of the charts, earning him a Grammy. As a guest conductor he has drawn capacity audiences to concerts with many of the world’s leading orchestras and choirs in venues such as Carnegie Hall (New York), Walt Disney Concert Hall (Los Angeles), the Royal Albert Hall and Buckingham Palace (London). Insatiably curious and a lover of all types of music, Eric has worked with legendary Hollywood composers Hans Zimmer, John Powell and Jeff Beal as well as British pop icons Laura Mvula, Imogen Heap and Annie Lennox. Major classical commissions have been written for the BBC Proms, Minnesota Orchestra, Rundfunkchor Berlin, The Tallis Scholars, Chanticleer, Cincinnati Pops, Royal Philharmonic Orchestra, National Children’s Chorus of America and The King’s Singers.
In 2018 his composition for symphony orchestra and chorus, Deep Field, became the foundation for a collaboration with NASA, the Space Telescope Science Institute, Music Productions and 59 Productions. The film was premiered at Kennedy Space Center (Cape Canaveral, Florida), has been seen at arts and science festivals across the world. Deep Field has been performed in concert on several continents, and with simultaneous film projection by the New World Symphony, New World Center (Miami), Brussels Philharmonic, Flagey (Brussels), Bergen Philharmonic, Grieghallen (Bergen) among other great orchestras. His longform work for choir, cello and piano, The Sacred Veil, is a profound meditation on love, life and loss. It was premiered by the Los Angeles Master Chorale in Walt Disney Concert Hall in 2019, conducted by the composer and will be released on Signum Records in 2020.
Widely considered to be the pioneer of Virtual Choirs, Eric created his first project as an experiment in social media and digital technology. Virtual Choir 1: Lux Aurumque was published in 2010 and featured 185 singers from 12 countries. Ten years-on in 2020, Virtual Choir 6: Sing Gently – written for the Virtual Choir during the global pandemic that shook the world, COVID-19 – featured 17,562 singers from 129 countries. Previous Virtual Choir projects include ‘Glow’ written for the Winter Dreams holiday show at Disneyland© Adventure Park, California, and the Virtual Youth Choir, a major fundraiser for UNICEF. To date, the Virtual Choirs have registered over 60 million views and have been seen on global TV.
A charismatic speaker, Eric Whitacre has given keynote addresses for many Fortune 500 companies, in education and global institutions from Apple and Google to the World Economic Forum in Davos and the United Nations Speaker’s Program. His mainstage talks at the influential TED conference in Long Beach CA received standing ovations. His collaboration with Spitfire Audio resulted in a trail-blazing vocal sample library, became an instant best-seller and is used by composers the world-over.
Los Angeles Master Chorale
is the choir-in-residence at Walt Disney Concert Hall & The Music Center.
Our seasons consist of both well-known classics and new and innovative work, ranging from Handel to Eric Whitacre. Our award winning education programs bring unique choir programs to local elementary, middle, and high schools. Our singers can often be heard on film soundtracks, and we regularly perform with the LA Phil.