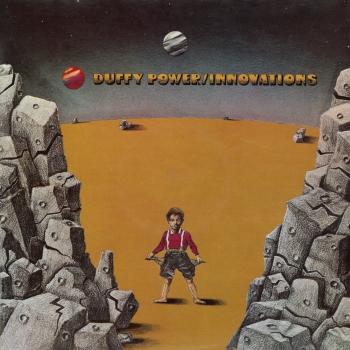 Duffy Power
was one of several British vocalists originally signed to the Larry Parnes stable. Having completed a series of pop singles, including 'Dream Lover' and 'Ain't She Sweet,' the singer embraced R&B in 1963 with a pulsating version of the Beatles' 'I Saw Her Standing There' on which he was backed by the Graham Bond Quartet. Power's later singles included 'Tired, Broke and Busted,' which featured support from the Paramounts, but he later joined Alexis Korner's Blues Incorporated together with Danny Thompson (bass), Terry Cox (drums) and John McLaughlin (guitar) who featured on Power's debut album released in 1971.