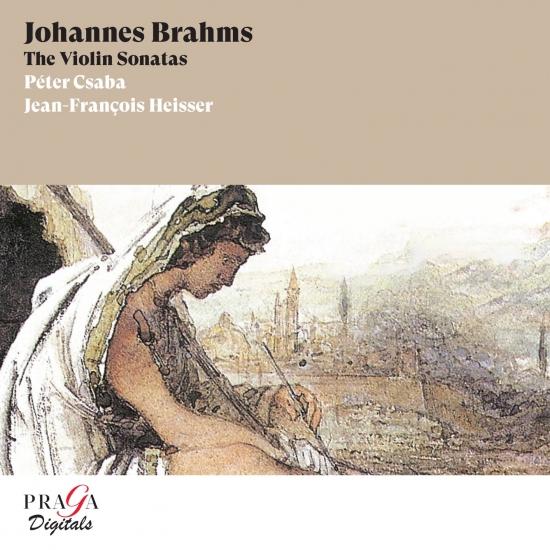 The Sonata Trilogy that Brahms, written in full maturity, has become the reference in this so particular form of dialogue called “romantic sonata”, each of the three having its own sentimental mood. The first, using the theme from the "Regenlied", has obviously for model Beethoven's last sonata for violin and piano, opus 96. The second let break a warmer intimism, a sort of tribute written "in the wait of a girlfriend", the young soprano Hermine Spies. The third is written with a much stronger ink : this concertante sonata has a vehemence and a surprising greatness which, this time, exceed the beethovenian model, the Kreutzer Sonata.
"These three sonatas are such radiant masterpieces - really, only Ravel's and the Beethoven 10 equal them in my opinion - that they are essential listening for chamber music afficiandos. The openings of the 1st. and 3rd. seem to float magically into your room, though the 3rd. soon builds up a head of steam, beng the most dramatic of the three. The playing in the 3rd. is fairly personalized with tiny, agogic hesitations/fluctuations in the violin line in the opening movement, but apart from that performances are full of that special Brahmsian glow. The sound is also excellent with some minor reservations. The violin is anchored solely in the left speaker with the piano behind and in the centre and right speakers. In general the piano is a fiendishly difficult instrument to record and here sounds slighlty veiled, though is it full-bodied. My current chamber reference is the Channel Classics Beethoven cello sonatas - this disc doesn't hit those lofty heights, though to be fair it is not far behind. Highly recommended!"
Peter Csaba, violin
Jean-François Heisser, piano
Digitally remastered 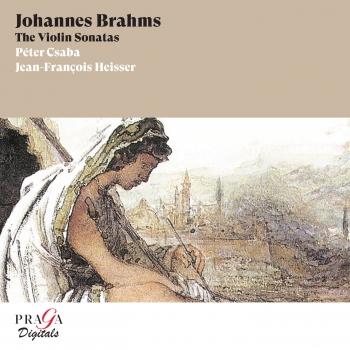