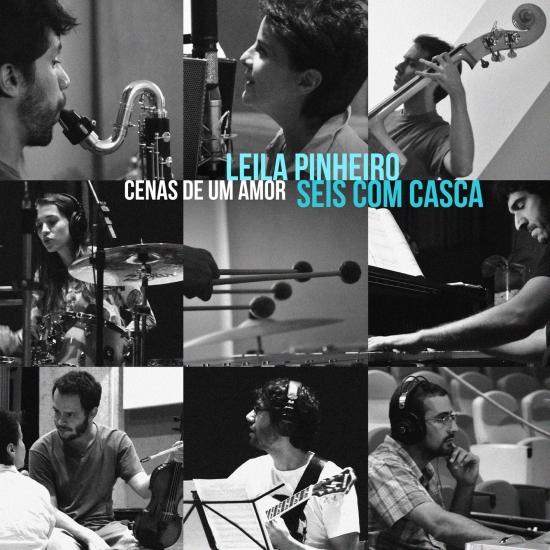 Leila Pinheiro is considered one of the greatest interpreters of Brazilian popular music, with international recognition. In 2011, she was invited by producer Marco de Almeida to participate in a cultural project where she met the instrumental group Seis com Casca, formed by musicians from São Paulo. From this memorable meeting, the extraordinary album CENAS DE UM AMOR was conceived.
For the first time in her career, Leila sings works by classical composers – Mahler, Fauré, Dvórak, Ravel and Kurt Weill – specially translated and adapted by writer and lyricist Carlos Rennó. To the group – formed by Bruno Monteiro (piano), Potiguara Menezes (guitar), Diogo Maia (clarinet, clarion), Nikolay Iliev (violin), Mauricio Biazzi (acoustic bass) and Nath Calan (vibraphone and drums) – were added Adonias Souza Jr. in audio engineering and Diogo Carvalho, a longtime partner, with his luxurious guitar arrangements.
From the precious hand-picked repertoire it is possible to highlight the title-track Cenas de um Amor – a version by Nelson Motta for Tendrement, by the French composer Erik Satie; Corsário by João Bosco and Aldir Blanc; and Inclemência, by Brazilian conductor and composer César Guerra-Peixe, with lyrics by Zélia Duncan. The musical affinity between the group and the interpreter is immediate and magical, transforming the performances into real gems, which delight the audience with their contrasts and synergies. Classical music has never been so close to popular music.
Leila Pinheiro, vocals, piano
Seis com Casca 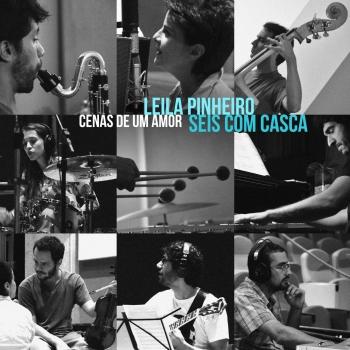 Leila Pinheiro
is a Brazilian singer and pianist. She has taken the brazilian music all over the world. She has recorded and shared stages with Tom Jobim, All Jareau, Marcos and Paulo Sergio Valle, Ivan Lins, Cesar Camargo Mariano, and so on.
Seis com Casca
was formed in the University of São Paulo (USP) in 2007 and is inspired by two acclaimed groups: The Radamés Gnattali sextet and Astor Piazzolla quintet. Rich in tones, the group proposes in its arrangements a dialogue between popular and classical music, making evident what is popular in the classical aesthetic and working the popular music’s complexity in a way so as to approach it to the scholar thinking. It is music at the language’s threshold with new clothing and that should be heard, known and appreciated beyond its labels. “Plano Inclinado”, released in 2008 is their first CD. SEIS COM CASCA is currently on tour for the album and is preparing the recording of a new live CD and DVD.