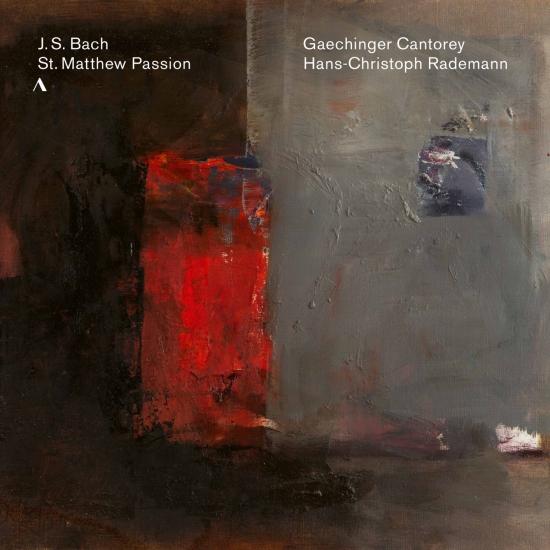 In its choreographed version of the St. Matthew Passion, the Internationale Bachakademie Stuttgart offers new dimensions to Bach‘s musical drama. And, for the one hundred schoolchildren who delved into Bach‘s monumental work and learned to dance as an artistic form of self-expression, it was an opportunity to experience the power of his music first hand. The interplay of professional musicians and young amateurs turned into a creative bridge for all involved.
“The St. Matthew Passion [..] was performed in March, filmed, released on DVD by the fine label accentus music” (FAZ)
“Rademann’s St Matthew Passion is musically soft and solemn.” (Pizzicato)
Gaechinger Cantorey
Hans-Christoph Rademann, conductor
Gerlinde Sämann, soprano
Isabel Jantschek, soprano
Benno Schachtner, alto
Benedikt Kristjánsson, tenor (Evangelist)
Paul Schweinester, tenor
Krešimir Stražanac, bass (Jesus)
Peter Harvey, bass
Students from schools in the Stuttgart region
Ensemble VivaTanz!
Friederike Rademann, idea, choreography and artistic direction
Recorded at the Forum am Schlosspark Ludwigsburg, March 2017 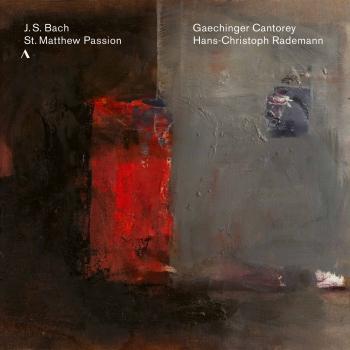 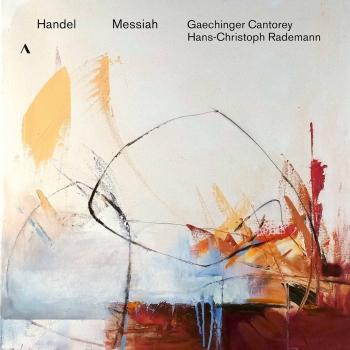 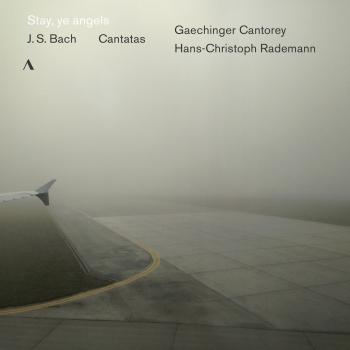 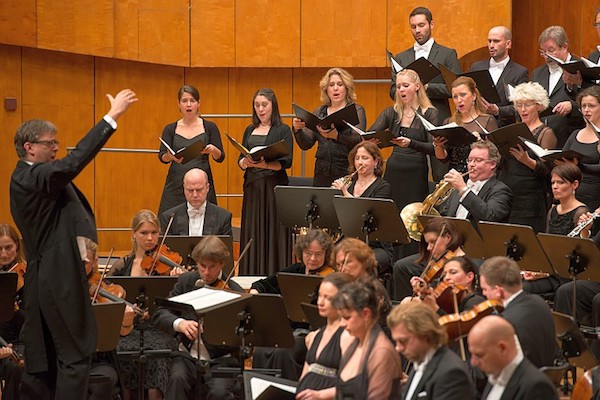 Gaechinger Cantorey
are the ensembles of the Internationale Bachakademie Stuttgart, bringing together outstanding European musicians under the direction of Akademie Director Hans-Christoph Rademann. Since the 2016/17 season, this name has marked out a new era for the internationally-famous ensembles of the Bachakademie. As Bach ambassadors they had performed for several decades as the Bach-Collegium Stuttgart and Gächinger Kantorei Stuttgart under Helmuth Rilling. Now a newly-founded baroque orchestra and newly-constituted choir combine to form a superbly blended period ensemble. The aim is the development of a new ‘Stuttgart Bach style’ which embodies the hallmark of a Bachakademie of the future.
By deciding to have its own baroque orchestra and a choir formed of singers with practical, performing criteria in mind, the Bachakademie has forged a new path. The fundamental sound and unique international selling point of this new approach is reflected in the Bachakademie’s decision to commission a historical replica of a chamber organ by the legendary organ builder and contemporary of Bach, Gottfried Silbermann, recently discovered in 2013 in Seerhausen, Saxony. Its ideal baroque sound, true to the original, embodies the approach at the very heart of the newly-formed ensembles.
The first successful steps on the route to a new ‘Stuttgart Bach style’ were the ensemble’s performances in 2017 at the Musikfest Stuttgart, Bach Week Ansbach, European Music Weeks Festival in Passau, Rheingau Musik Festival, Festspielhaus Baden-Baden and six concerts as part of a USA tour in Fort Lauderdale, Chapel Hill, Norfolk, Princeton, Los Angeles and Irvine. In 2018 the musicians of the Gaechinger Cantorey have already performed in the Dresden Kulturpalast, the Bach church in Arnstadt and the Théâtre des Champs-Élysées Paris. In May they tour South America with six concerts, and in June pay a visit to the Bachfest Leipzig to perform in a prominent ‘Cantatas ring’ (with conductors including Masaaki Suzuki, Ton Koopman and Sir John Eliot Gardiner).
The debut CD of the newly-constituted Gaechinger Cantorey ‘Erhalt uns, Herr, bei Deinem Wort’ with Reformation cantatas by J.S. Bach was released in May 2017 by Carus-Verlag in Stuttgart. The critics were enthusiastic: ‘The Gaechinger Cantorey with its new forces and direction is right up at the top amongst the ranks of German baroque ensembles.’ (kulturradio on rbb). Just a few months later in Septemer 2017, a DVD of the St Matthew Passion was released, and in October 2017 a new recording of Bach’s Christmas Oratorio, both of which were also extremely well-received. For the future CD recordings of a programme of Bach cantatas, the fourth version of Bach’s St John Passion and G.F. Handel’s Utrecht Te Deum are planned.