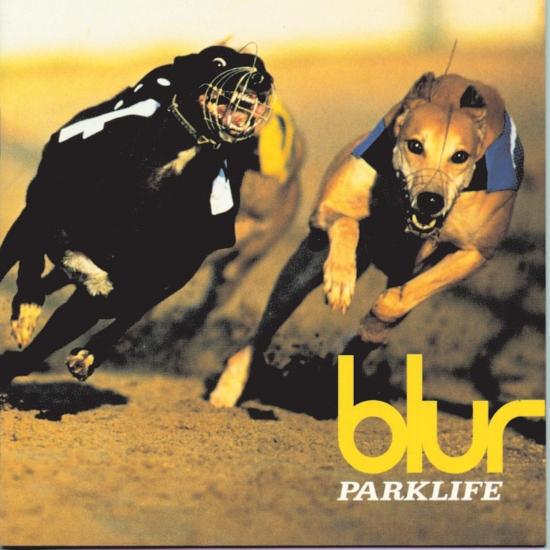 „You'd have to stretch back to 1967 to London's psychedelic underground (a time and a place that Blur is admittedly fond of) to find a band that revels as much in its Britishness. And on its third album, Blur takes 30 years of cool English rock, throws it into an art-punk Cuisinart, and ends up with a masterpiece of timeless hooks and Cockney attitude. Like the Kinks at their satirical best, Blur paints warm and funny portraits of quintessentially English characters ('Tracy Jacks,' 'Parklife,' 'The Debt Collector'), delivering them with early Small Faces swagger, wiggy Syd Barrett-via-Julian Cope production, XTC circa 'Respectable Street' vocal hooks ('ooh-we-ooh'), and a cynical Buzzcocks detachment. The band members are mods, of course, borrowing fashion tips from the pre-glam David Bowie, tempos from the Jam, and actor Phil Daniels (the star of Quadrophenia!) for a vocal cameo. 'Magic America' is the best bored with the U.S.A. song since the Clash, Stereolab's Laetitia Sadier sings backing vocals, the Pet Shop Boys remixed the single, and the members of Blur love Wire so much that they hired that band's old road manager. But enough namedropping: Parklife is the album on which Blur proves that it's a force to be reckoned with on its own terms, described by front man Damon Albarn as a nocturnal travelogue of London; the only time the album leaves the Motherland is on its lead track, the unbearably catchy single, 'Girls & Boys,' which follows randy English youth on holiday to Greece.“ (Jim DeRogatis)
Damon Albarn, vocals, organ, synthesizer, harpsichord, melodica
Dave Rowntree, drums, percussion
Alex James, bass (on track 2)
Graham Coxon, guitar, acoustic guitar, saxophone, backing vocals
Stephen Street, keyboards
Recorded in Fulham, London at Maison Rouge between November 1993 & January 1994, except 'To the End', recorded at RAK Studios, St. John's Wood, London
Engineered by John Smith
Produced by Stephen Street (tracks: 1 to 8, 10 to 17)

Blur
as we know it was born in 1989 when the band signed to Food/EMI. Debut album Leisure (1991) announced the arrival of a band with pop suss warped by an art-punk eccentricity. Yet Blur had more in them: namely, a revolution in the sound of English popular music. Second album Modern Life Is Rubbish reintroduced the idea that English rock music could be cool, and by the time their third album Parklife emerged in 1994, the rest of the UK had caught up.
The Great Escape (1995) refined the sound palette of Britpop, but Blur were already moving on. 1997's Blur was an about-face - scuffed and noisy and un-English. Follow-up 13 was an even a more radical adventure in sound as William Orbit refereed a truce between organic punkpop and new-fangled technology.
Seventh album Think Tank (2003) was Blur’s first as a three piece after the temporary departure of founding guitarist Graham Coxon, featuring an eclectic variety of rhythms and textures and glorious melodies.
In 2009 Blur reconvened as a four-piece to play a series of UK shows including two sold out dates at Hyde Park and a historic Sunday night appearance at Glastonbury. A film about Blur, No Distance Left To Run, was released in 2010.