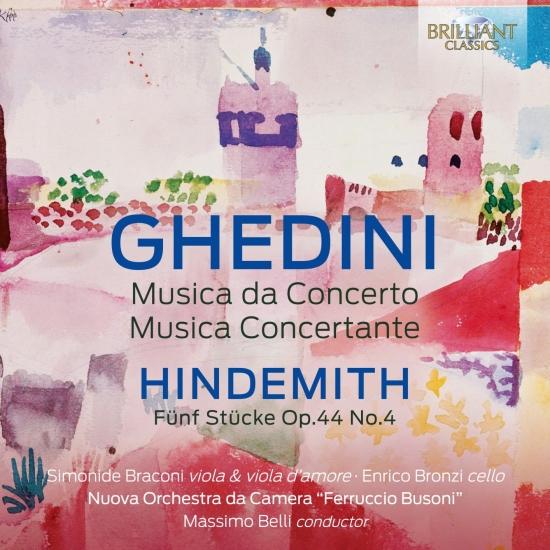 New recordings of unfamiliar, imposing concertos by an Italian contemporary of Prokofiev.
Born in 1892, Giorgio Federico Ghedini was among those Italian composers – like Martucci and Casella – who elected to devote most of their energies to music for the concert hall rather than the stage. Initially writing in a relatively conservative neoclassical idiom, Ghedini began to take his place in the front rank of modern Italian composers during the late 1930s, with a terse, boldly sculptured series of ‘edifici sonori’ (as the composer called them), in which Stravinsky’s influence is unmistakable.
After the war his style continued to evolve through engagement with the concerto genre and the concerto grosso ensemble with its roots in the Italian Baroque. The private, reflective, plaintive characters of both solo instruments are well matched to Ghedini’s idiom by this point in his career. Dating from 1953, the Musica da concerto for viola and string orchestra is cast in a single span which disguises a traditional fast-slow-fast arch, though the viola’s powerful presence frequently draws the pulse of the music away from convention and into earnest dialogue with the strings. Neoclassical counterpoint briefly surfaces near the beginning of the final section, but otherwise the Musica da concerto is remarkable for its sustained lyric intensity around the soloist’s almost ubiquitous presence.
Composed in 1962, the Musica concertante for cello and string orchestra is emphatically late music – Ghedini died three years later – which has attained a measure of serenity compared to the earlier viola work. Here the string orchestra and soloist engage in overlapping waves of melody and rhapsody, rising and falling across a continuous 16-minute span, comparable to but distinct from contemporary concertante works by Henze (Ode to the West Wind) and William Schuman (A Song of Orpheus).
These valuable and underrated mid-century concertos are intriguingly separated by Hindemith’s condensed set of Op.44 pieces for string orchestra, characteristically knotty, chromatic and incisive. This unique pairing of works joins several previous, well-received albums on Brilliant Classics by the Trieste-based Nuova Orchestra Ferruccio Busoni, such as a similarly adventurous coupling of string idylls by Elgar, Janáček and Kalinnikov (95199) and more recently a collection of string-orchestra works by Ernanno Wolf-Ferrari (95875). ‘The New Busoni Chamber Orchestra’s approach under Massimo Belli thoughtfully treads a line between relaxation and over-inflection, and hits the right note (as it were) in terms of capturing the music’s rusticity.’ (Fanfare)
Giorgio Federico Ghedini (1892 – 1965) was an Italian composer. Born in Cuneo in 1892 he studied organ, piano and composition in Turin, then graduated in composition from the Bologna Conservatory under Marco Enrico Bossi in 1911. He worked as conductor for a certain time, then he gave up to devote himself to teaching. He worked as a teacher of composition in Turin, Parma, and finally Milan, where he directed the local Conservatory (1951–1962). Among his pupils the most eminent were Marcello and Claudio Abbado, Luciano Berio, Guido Cantelli, Niccolò Castiglioni, Carlo Pinelli, and Fiorenzo Carpi.
Ghedini had a fascination for the Italian masters of the Renaissance, he transcribed many works by Frescobaldi, Monteverdi and Gabrieli. Although deeply influenced by their musical language he developed a highly personal style, in which the renaissance polyphony and instrumental styles are perfectly blended in a harmonious and characteristic language completely his own.
This new recording presents concertante works by Ghedini: Musica da Concerto for viola and strings and Musica Concertante for cello and strings, vibrant and attractive music of a 20-th century master.
Also included are the Fünf Stücke for strings Op. 44 No. 4 by Paul Hindemith (1895 – 1963), stylistically linked with Ghedini.
Played with zest and dedication by Simonide Braconi (viola) and Enrico Bronzi (cello) with the strings of the Nuova Orchestra da Camera “Ferruccio Busoni” conducted by Massimo Belli, who already recorded several highly successful CDs for Brilliant Classics with music by Rolla, Viotti, Wolf-Ferrari, Janáček and others.
Simonide Braconi, viola & d'amore
Enrico Bronzi, cello
Nuova Orchestra da Camera "Ferruccio Busoni"
Massimo Belli, conductor 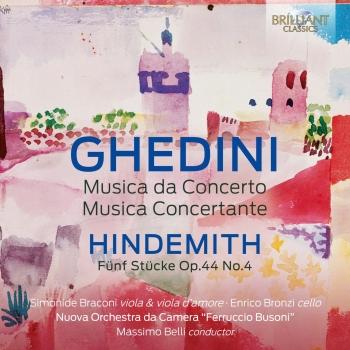 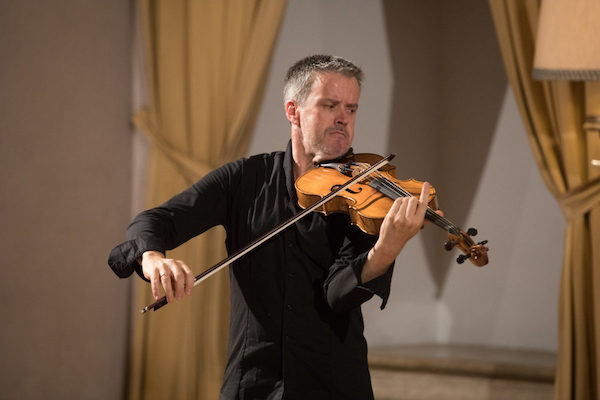 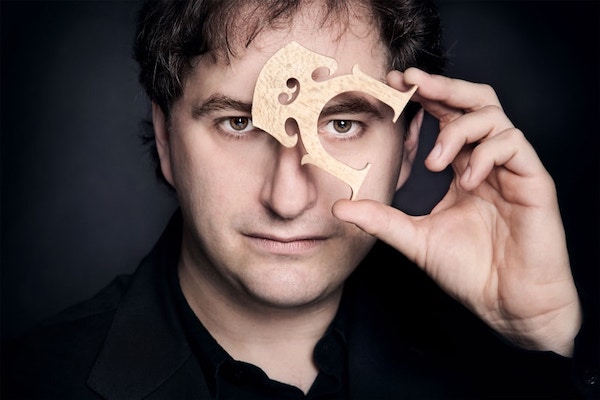 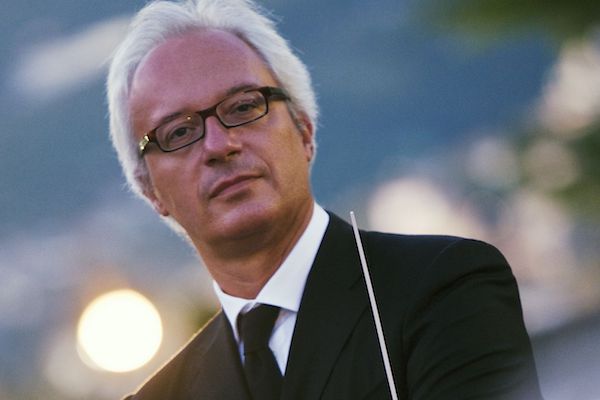