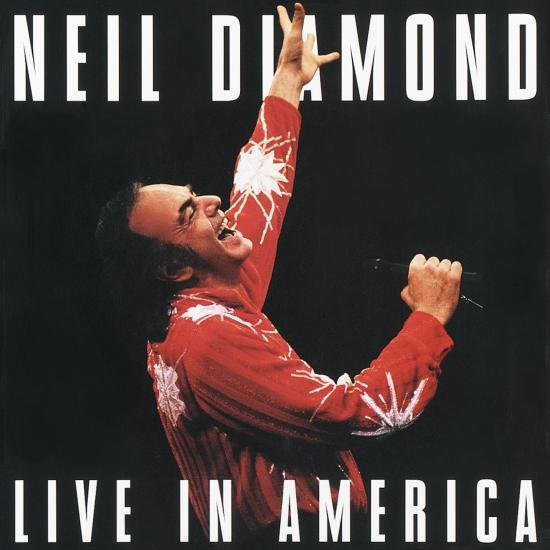 Info for Live In America (Remastered)

Live in America is a double live-album by Neil Diamond released in 1994. It reached number 93 on the Billboard 200 chart. As with his previous live albums Hot August Night and Hot August Night II Diamond performed his old hits with his version of his 1968 song 'Red Red Wine' rendered in a reggae style similar to the version done by UB40.
„Much like its predecessor Hot August Night 2, Live in America captures Neil Diamond at the height of his powers as a showman. By the time Live in America was recorded, it had been several years since he had a hit; in fact, the closest he had come to the top of the charts was when UB40 took a reggae remake of 'Red Red Wine' to number one. That doesn't mean the album is a wash-out. Diamond hauls out his old hits -- including an approximation of UB40's interpretation of 'Red Red Wine' -- and gives one hell of a show. It might not offer anything that the previous Hot August Nights did, but Live in America remains an entertaining listen.“ (Stephen Thomas Erlewine, AMG)
Recorded February 18, 1992 - December, 1993
Digitally remastered