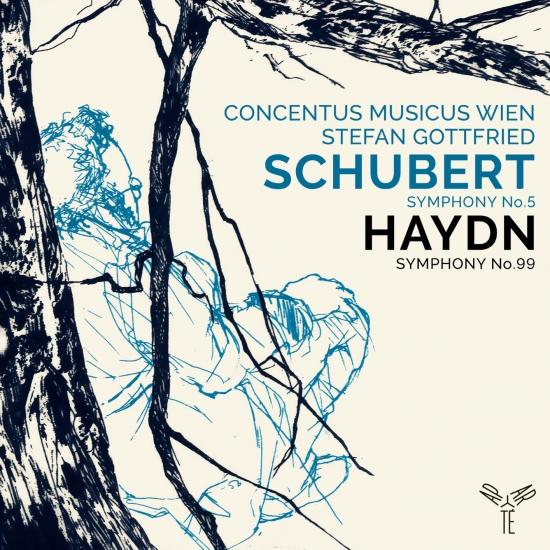 Concentus Musicus Wien continues its exploration of works of the Classical and Romantic periods as envisioned by Nikolaus Harnoncourt. On this second recording on the Aparté label, Stefan Gottfried conducts Schubert's Symphony no. 5, written in 1816 at the age of 19, and the seventh of Haydn's 12 London symphonies, no. 99, written in 1793. The former shows the melodic inventiveness and admirable mastery of form of a young composer, heir to the giants Mozart and Haydn, who was clearly inspired by their lyricism. Recorded live at the famous Musikverein in Vienna, this concert immortalises yet again the skill and the exceptional sound quality of this renowned progenitor of historically informed performance, which continues to perpetuate the work of its visionary founder, who believed in the importance of a deep understanding of the composer's intentions and of the performing style of the composer's time.
"Under its chief conductor Stefan Gottfried, the Concentus Musicus Wien first interprets a colorful-vital and in the violins sharp-fresh sounding 99th Symphony by Joseph Haydn. I don’t like the recording of the Schubert 5th Symphony as much. It is too detailed for my taste, too contrived, with too interventionist a conducting. The music does not flow freely and relaxed, rather a bit breathless in the last movement, with too much drama. I don’t mean to say that all of this doesn’t sound good, too, but of the Fifth I have my opinion, indelibly shaped by Lorin Maazel’s Berlin recording, an opinion which can certainly be deduced from the facts: While the composer was still under Beethoven’s spell in his Fourth (which he called The Tragic), the Fifth is the sign that he was able to free himself from that very Beethoven. It pays homage to the classical masters Mozart and Haydn with music that is unencumbered, joyful, melodious and cantabile. And I cannot hear that in this recording." (Remy Franck, pizzicato.lu)
Concentus Musicus Wien
Stefan Gottfried, conductor 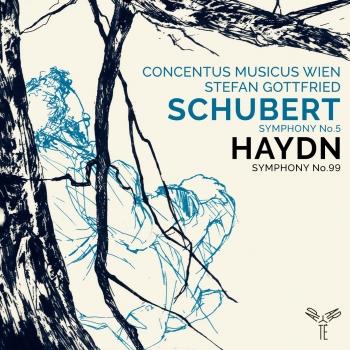 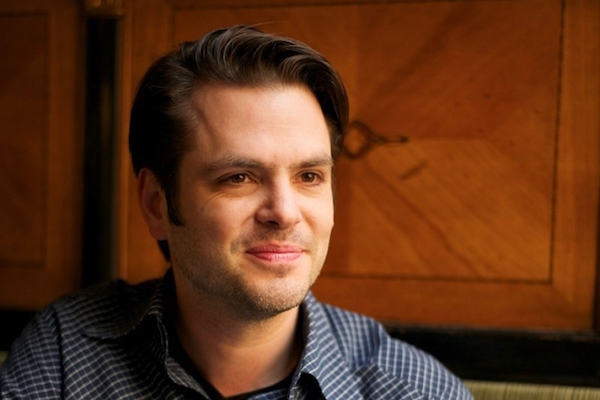 Stefan Gottfried
Born in Vienna, he studied piano, harpsichord, composition and music pedagogy at the University of Music and Performing Arts Vienna, as well as basso continuo and historic keyboard instruments at the Schola Cantorum Basiliensis, French horn at the Vienna Conservatory and mathematics at the Vienna University of Technology.
This was followed by a varied international concert career with harpsichord, fortepiano and piano as soloist, chamber music partner and continuo player in ensembles with historical instruments (eg Concentus Musicus Vienna, Bach Consort Vienna, Wiener Akademie) and modern orchestras (including Wiener Philharmoniker and Berliner Philharmoniker under conductors such as Zubin Mehta, Daniel Harding, Georges Prêtre or Kent Nagano).
Since 2004, Stefan Gottfried has worked regularly with Nikolaus Harnoncourt, among others in his opera productions at the Styriarte (Mozart “Idomeneo”, Smetana “The Bartered Bride”, Offenbach “Barbe-Bleue”), at the Theater an der Wien (Handel “Rodelinda” Haydn’s “Orlando paladino”, “Il mondo della luna”, Beethoven’s “Fidelio”, Strawinsky’s “The Rake’s Progress” and most recently the Mozart-Da Ponte Cycle) and the Salzburg Festival (Mozart’s “Le nozze di Figaro”, “Die Zauberflöte”) and at many concerts (eg Wiener Musikverein, Berlin Philharmonic, Lucerne Festival).
Stefan Gottfried is professor for piano at the University of Music and Performing Arts Vienna and gives lectures on various aspects of historical performance practice.
In 2015 he made his debut as a conductor at the Vienna Chamber Opera with the reissue of F.L. Gassmann’s “Gli Uccellatori” and has conducted since then u.a. the Bach Consort Wien, the Wiener Symphoniker and the RSO Wien.
Following the resignation of Nikolaus Harnoncourt in December 2015, Stefan Gottfried, together with Erich Höbarth and Andrea Bischof, took over the artistic direction of Concentus Musicus Wien. As leader of the Concentus Musicus Wien he conducted for example Bach’s Mass in B Minor and Magnificat, Haydn’s “Creation”, various Beethoven symphonies, Schubert’s “Unfinished” and works by Mendelssohn and Bruckner at the Wiener Musikverein, at the „International baroque days“ in Melk, at the Styriarte Graz and at the Brucknerfest Linz. At the Theater an der Wien, where he was „conductor in residence“ in the season 2018/2019, he conducted various operas (Handel’s “Alcina”, Purcell’s “King Arthur”).