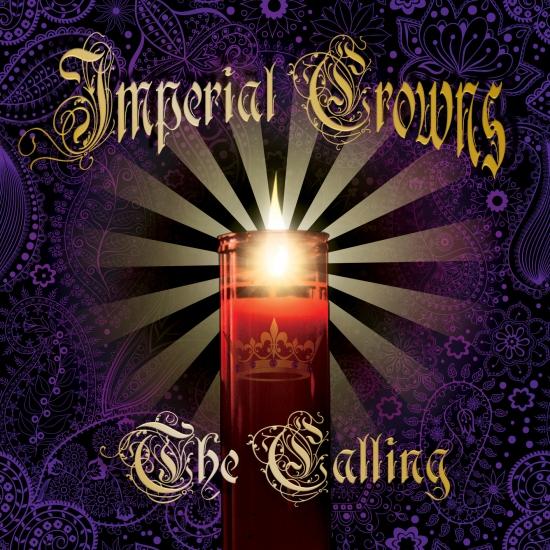 Info for The Calling

They are back! Deemed 'one of the most original bands on the planet', the larger than life Imperial Crowns introduce to you their fifth album with their own special brand of music they once described as: 'ferocious blues, psyche-delta soul & pumpin’ funk'. The three original members, Jimmie Wood, JJ Holiday and Billy Champagne Sullivan are joined by Rachel Baby Gayta Wood on stunning vocals. Brothers Bob Glaub and Andre Berry on deep to the bone bass grooves. And the genius fingers of master Benmont Tench laying a blessing on the keyboards! So, get ready! Their new album „The Calling“ is calling out to you.
Jimmie Wood, vocals, harmonica
JJ Holiday, guitar, vocals
Billy Sullivan, drums, percussion 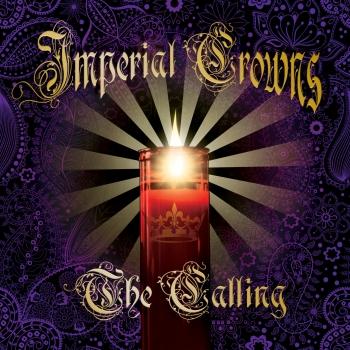 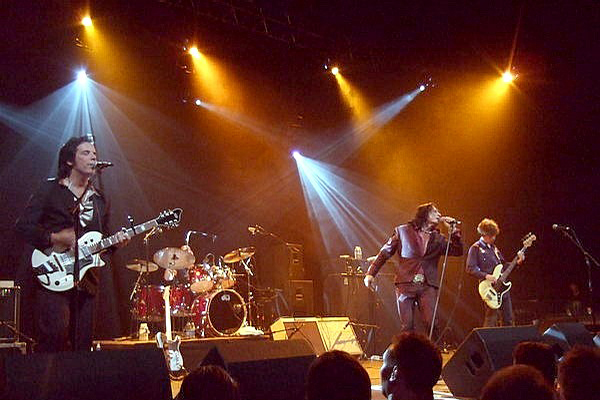 JJ Holiday
has got a big greezy sound when he plays his axe. A stone soul poet of the slide guitar, he carries the Delta in his ass pocket. He's played on all kinds of modern shit, some movies etc. But his debut was as thee unknown sideman on the last known recordings made for the now defunct Paramount label's famed 13,000 race series (Paramount Records: Home of Blind Lemon Jefferson, Hokum Boys, Biddleville Quintette & The Jubilee Gospel Team). He was just about to embark on his solo career for their satellite label QRS, when all holy hell broke loose due to that big crash of 19 and 29. Paramount folded up shop right quick. Suddenly in those meatless and wheatless days, JJ spilt for the Windy City. He served as a "Pinko" during the 1930s labor wars. Through the 40s, he continued to accompany some
of the great blues legends from those grand old days gone by and pioneered the first electric musical saw. He continued performing with it at barndances across the North Eastern US until meeting an untimely death in 19 and 58. Whilst playing during a stormy weekend hoedown, he was electrocuted in a super FREAK accident! 3 days after this, he arose in the Big Apple & opened up a little barbershop. He soon earned a reputation for shaving the best "O'Reilly" in town. He shaves 'em dry n' close folks! Circa '62, he was "rediscovered" by the TV legend Lloyd Thaxton in a Greenwich Village coffee shop. Through the 60s he played for throngs, albeit very dirty, hippies in the post-folk scenes... gave a shot at the glitter & punk scenes, but failed miserably. Back to Chicago, broke & long forgotten, by the winter of '81 he was found laying frozen in the snow round Christmas time... dead again! So who was Justin Jesting anyway? Who is Mr. Holiday's mom? Called her Grandma. Well folks, J J Holiday really knows how to raise a RUKUS! ...and a little sand too! Grandma and Grandpa will love him just as much as the teenagers too!
Jimmie Wood
"I loved the music, but Lord God that man BLASPHEMES!" one dear woman said about the singer Jimmie Wood's between-the-tunes, semi X-rated, fully Pentecostal rants which often last longer than the songs. Born to movie industry parents, ("Ava Gardner shoved my face into her tits when I was just a little shaver. Ooh wee!" reports Wood). How did he wind up in Houston billed as "The Teenage Sensation" opening up for Little Junior Parker in the early '60s? Wood can't remember, but will tell you why he left Houston. "Don Robey (notorious owner of Duke Records) really wanted to sign me to his label, Back Beat, and I didn't wanna do it. He started to go for bad on me, so I pushed his ass down the stairs at the 'The Brass Peacock'. His thugs were gonna put me down for keeps, when I heard a voice say, "Be cool everybody". That was the first time I ever laid eyes on J.J. Holiday and he was holding a cannon in each hand. Those dudes backed off, we got in J.J.'s '47 Mercury, and hit the road back to LA." What holiday is this anyway? --> Who the HELL knows? Soon after that... well, the Imperial Crowns rose out of the smoldering ashes of JJ's debaucheries and Jimmie's undeniable sermons.
Billy Sullivan
This poor bastard left NY under a dark cloud in 1967. His mother was chasin’ him down the driveway with a loaded shotgun screaming, "You'll never amount to nothin!" With his drums packed into the back of his 58 convertible chevy he drove off never to see NY or his mom again. Soon to be packed again was a fat gram of blow up his nose, as he roamed the streets of Hollywood with all the best session players in town. When asked where to send their demo's he gave them his license plate number. This angry white Irish scrapper has the most powerful and violent punch out the tip of his Vic Firth 5B’s and he don’t let you forget it. Completely impressed with this were JJ Holiday and Jimmie Wood whom together said… this is the crazy we need to make this band every bit of what it is: "The best Rock and Blues road show ever!”