The Best Years Of Our Lives (Remastered) Neil Diamond 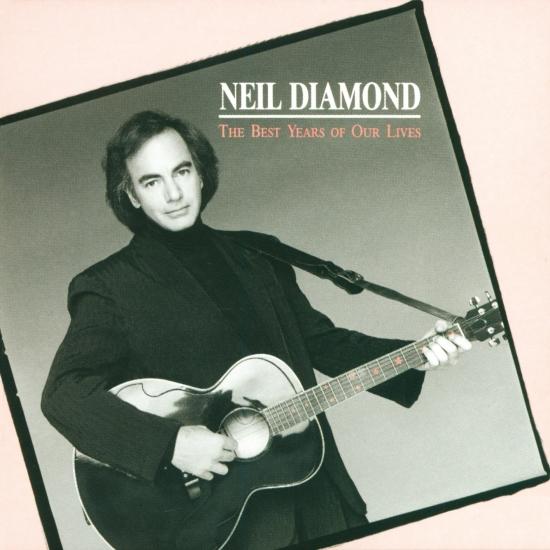 Info for The Best Years Of Our Lives (Remastered)

This mixed bag of Neil Diamond songs includes regretful ballads like "This Time," optimistic love songs like "Everything's Gonna Be Fine," and late-1980s rockers like "Take Care of Me." Though '80s production values dominate, Diamond is in fine voice and songwriting form throughout, classily nodding to newcomer Tracy Chapman in particular on "Baby Can I Hold You." While there are occasional flashes of the songwriter's early-'70s fire on songs like the title track, the subject matter here mostly centers on old memories and the pain of loss.
„This album came when Neil Diamond was firmly entrenched in his adult contemporary niche. A/C can be so pandering it's insulting sometimes, but when it's done with heart and smarts it can be sublime. Diamond apparently gets that and for the most part makes adult contemporary that is actually for adults. It takes a master to croon "Cause I do believe in forever/it's a place that lovers find" without making the sentiment cringe-inducing. And Diamond pulls it off. Despite that, even he can't keep from sounding creepy when he sings, "Ooh, babe, you're a hot little number" on "Everything's Gonna be Fine." Both he and this album are classier than that, and once you're into the song it's undeniable -- it becomes a feel-good anthem, and it works. Diamond was wise enough to co-write a number of these songs with master producer/songwriter David Foster. Foster writes his share of pabulum, but when he's good he's great, and on this album he's in fine form. Diamond was also wise enough to tone down the production so that his rugged voice and the melancholy melodies are able to shine through. The Best Years of Our Lives is an album that is romantic and sentimental without being manipulative, and despite a couple of overproduced ballads that are outweighed by the other tracks, particularly the high-spirited and hopeful title cut and the subtle remorse of "This Time," it is a strong entry in Diamond's oeuvre.“ (Bryan Buss, AMG)
Neil Diamond, vocals
Dean Parks, guitar, electric guitar
Richard Bennett, guitar
Michael Landau, electric guitar
Steve Lukather, electric guitar
Dan Higgins, horn
Larry Williams, horn
Gary Grant, horn
Jerry Hey, horn
William Frank "Bill" Reichenbach Jr., horn
David Paich, keyboards
Alan Lindgren, keyboards
Michael Boddicker, keyboards
Michael Omartian, keyboards
Robbie Buchanan, keyboards
Tom Hensley, keyboards
David Foster, keyboards
Rick Bowen, synthesizer
Kevin Maloney, synthesizer
Rhett Lawrence, synthesizer
Paul Liem, drums
Tris Imboden, drums
Carlos Vega, drums
Produced by David Foster
Digitally remastered