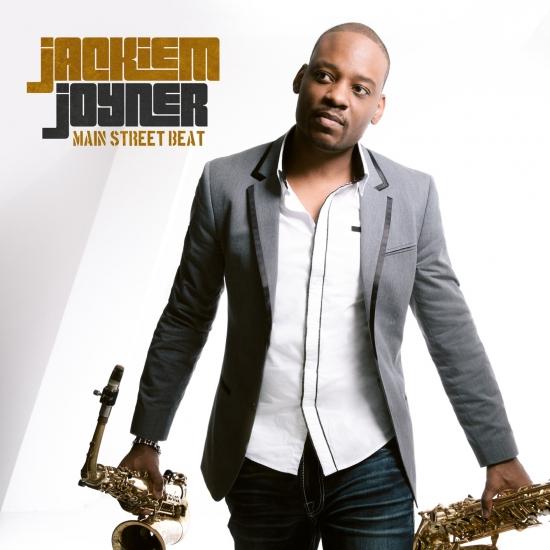 Delivering on his promise to “Evolve,” the title of Jackiem Joyner’s last soul-jazz album, the saxophonist became a father since his 2014 release, an elation-inducing experience that informs the music he wrote and produced for his new Artistry Music set, “Main Street Beat,” due June 30. The first single from the funky, dance inspiring, Motown-influenced session that will be shipped to radio this month is the exultant “Trinity,” named for Joyner’s first child whose presence on the track is voiced by Steve Oliver’s incandescent acoustic guitar.
Joyner approached crafting “Main Street Beat” with a three-pronged purpose. “I wanted to create something upbeat, fun to listen to and something to dance to. ‘Main Street Beat’ originally started off as a straight funk record that eventually became some of that, but a whole lot more as I allowed the creative process to have its way with me,” said Joyner, a Billboard chart-topper who plays tenor, alto, soprano and baritone saxophone on the date, often enriching the tracks by laying layer upon layer of horns to form a powerhouse sax section.
The exuberant album opener, “Main Street,” exemplifies the mighty wall-of-horns approach with Joyner playing lead harmonies on alto reinforced by his sax section. Instead of tracking individually, Joyner brought the band – drummer Raymond Johnson, bassist Darryl Williams, electric guitarist Kyle Bolden and piano player Carnell Harrell – into the studio to record six tracks old-school style, including “Back To Motown.” Nick Colionne guests on “When You Smile” to flash his cool electric jazz guitar on the infectious mid-tempo R&B cut. Taking his alto sax chops out for a strut, Joyner cranks up the band for a fiery funk romp down “Southside Boulevard,” one of three tunes that adds Nikolai Egorov’s trombone muscle to the horn section. On a pair of urban joints – “That Good Thing” and “Don’t Make Her Wait” – Joyner plays soprano sax. He takes full command on the stormy “Addicted,” playing every instrument heard on the moody number. “Think James Brown on tenor sax” is how Joyner describes the super funky “Get Down Street.” A pair of high-energy pop-R&B covers – Justin Timberlake’s “Can’t Stop The Feeling” and Bruno Mars’ “Treasure” – complete the outing, songs Joyner elected to record based upon their buoyant, positive nature, which he says mirrors his young offspring’s personality.
“My little girl played a huge role in inspiring this album. Having Trinity around during the writing process sparked an enormous font of creativity and really kicked my writing into high gear. The first single, named after her, really captures the excitement and joy of being a dad as well as the exciting little girl that she is. Trinity was right there in the studio during a lot of the writing process. Her jumpy and bouncy upbeat little self is really reflected on this album,” said Joyner, who will launch the record with June concerts in Cincinnati (June 9 at A Celebration of Black Music), Birmingham (June 11 at Jazz in the Park), San Diego (June 25 at Mediterranean’s Jazz and Supper Club) and Philadelphia (June 29 at South).
The release of “Main Street Beat,” Joyner’s sixth album, coincides with his tenth anniversary as a recording artist. His 2007 debut “Babysoul” earned Debut Artist of the Year honors from Smooth Jazz News. Two years later, his sophomore set, “Lil Man Soul,” spawned two No. 1 singles on the Billboard chart and won the Song of the Year trophy for “I’m Waiting For You” from the American Smooth Jazz Awards. His self-titled 2010 album solidified his position as a consistent hit-maker. Revisiting his non-secular roots, Joyner issued the gospel-jazz “Church Boy” in 2012. “Evolve” placed his infectious melodies amidst futuristic electronic sonicscapes. Joyner’s music isn’t his only creative effort that ventured into extraterrestrial territory. Last year, the Norfolk, Virginia native who resides near Los Angeles authored his first book, the science fiction novel “Zarya: Cydnus Final Hope (Book 1).
"A summer soundtrack, top down, country driving, playing lead harmonies on alto reinforced by his exuberant sax section work has culminated in Main Street Beat being one of the best albums of 2017." - Exclusive Magazine
"To say this saxman has done it again is an understatement. His massive growth is, in and of itself, a work of art; a true form of musical poetry in motion." - The Smooth Jazz Ride
"He ups the ante to make this set something you don't just listen to in the background. Zippy, zesty and packing real punch, this is the kind of muscular sax playing that you can only find deep in the pocket. A winning set throughout." - Midwest Record
"A funky and swinging album!" - Keys & Chords
"With justifiable pride, Father Jackiem announces the birth of his daughter Trinity and lets us participate in the joy with the new album ‘Main Street Beat.'" - Sonic Soul Reviews
"Jackiem Joyner's Main Street Beat is creative, real, and organic as smooth jazz should be." - Smooth Jazz Daily 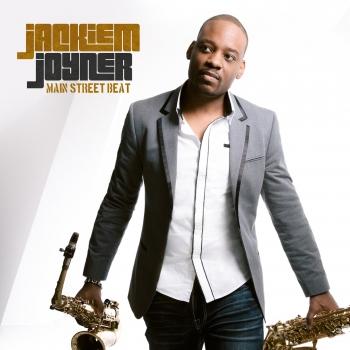 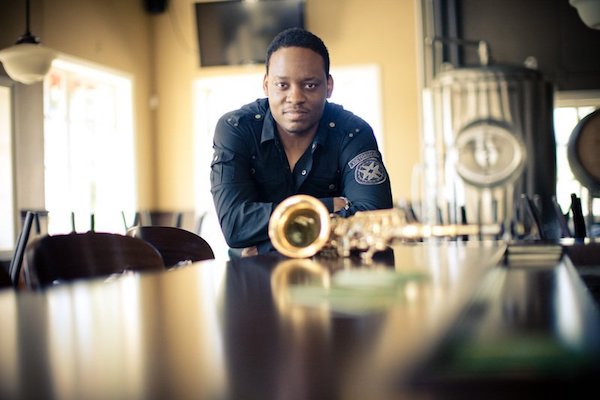