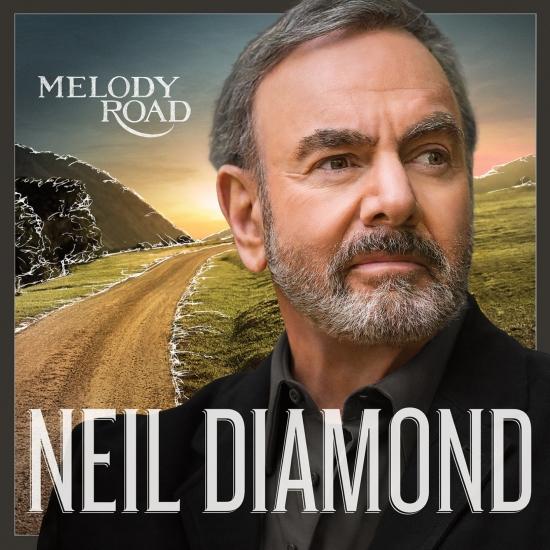 Neil Diamond, one of the world’s premiere recording artists, internationally renowned and record-breaking concert performer and revered songwriter releases his brand new studio album, Melody Road. The album, marks his first original studio release in six years and first since signing with Capitol Records. Acclaimed producers Don Was and Jacknife Lee co-produced the album.
“It takes tremendous vision, focus and determination – combined with a mega-dose of God-given talent, charisma and soul – to create music that becomes indelibly ingrained in the fabric of our culture,” shared Melody Road co-producer and Blue Note President Don Was. “For decade after decade, Neil’s songs have been such a major part of our lives. Making this record with him has served as a profound reminder of what a powerful and amazing artist he truly is,” he continued.
Throughout an illustrious and wide-ranging musical career, Neil Diamond has charted 37 Top 40 singles and 16 Top 10 albums in the U.S. His most recent original studio release, 2008’s Home Before Dark, debuted at #1 in both the U.S. and the UK album charts.
A Grammy Award-winning artist, Diamond is a member of the Rock and Roll Hall of Fame, the Songwriters Hall of Fame and a recipient of the Sammy Cahn Lifetime Achievement Award, one of the highest honours bestowed upon songwriters.
Diamond’s many other achievements include a Golden Globe Award, 13 Grammy nominations and 2009’s NARAS’s MusicCares Person of the Year award. In 2011, Diamond received the prestigious Kennedy Center Honor for his lifetime of contributions to American culture.