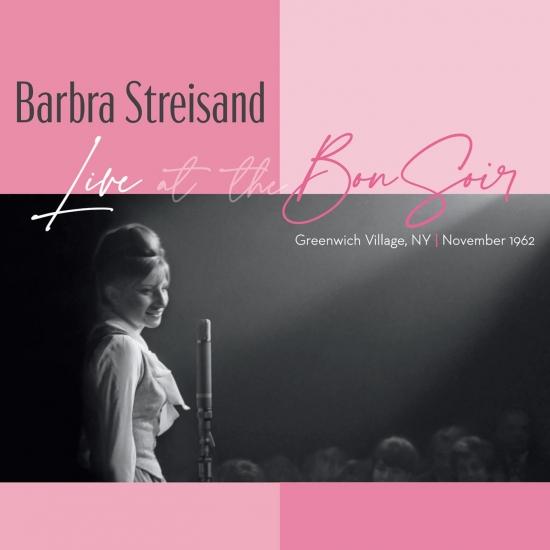 Info for Live At The Bon Soir (Remastered)

Live at the Bon Soir is the upcoming tenth live album by American singer Barbra Streisand. Originally intended as her debut album, the material was recorded over three nights in November 1962 shortly after Streisand was signed by Columbia Records. The recordings were shelved in favor of a 1963 studio album instead. Retrieved from Streisand's archives and remastered, the live recordings will be released November 4, 2022 to coincide with the 60th anniversary of the original taping.
"The Bon Soir is so dark, not even the waiters can see. They all carry tiny flashlights up their sleeves so they can determine who needs a refill, creating the effect of a room-a-twinkle with glow-worms..." - The New York Times, November 1960
"The Bon Soir has swung into the new nightclub season with the find of the year. She is Barbra Streisand, a Brooklynite whose voice and poise belie her scant eighteen years. Vocally, there's range and power; style wise, there appears to be a natural gift for musical comedy, but she handles with aplomb the most meaningful ballads." - New York World-Telegram, November 1960
With new mixes supervised by Barbra and Grammy Award-winning engineer Jochem van der Saag, listeners are able to experience what it was like to witness 20-year old Streisand at the dawn of her unparalleled career. Recorded in a tiny Greenwich Village nightclub on November 4, 5 and 6, 1962 (just weeks after Streisand inked her first record deal with Columbia on October 1), Live At The Bon Soir was originally intended to be Barbra’s debut album for the label.
The tapes for Live At The Bon Soir were eventually shelved in favor of 1963’s The Barbra Streisand Album (which offered studio versions of 11 songs from Barbra’s nightclub repertoire). That groundbreaking album took home several Grammys including Album of the Year and Best Female Vocal Performance.
With the release of Barbra Streisand – Live At The Bon Soir, her first album since 2021’s Release Me 2 (a career-spanning compilation of rare and previously unreleased recordings), Columbia Records celebrates Barbra Streisand’s 60th anniversary with the label. She is the only artist–solo or group–to have charted #1 albums across six consecutive decades (60s, 70s, 80s, 90s, 2000s, 2010s).
2022 marks the 60th anniversary of her legendary appearances at the famed Greenwich Village haunt, The Bon Soir. For the first time, Barbra Streisand – Live At The Bon Soir includes 24 tracks that have been produced, mixed and approved by Barbra Streisand and released in their entirety as an album. All of the original master tapes are from Barbra’s personal vault.
Barbra Streisand – Live At The Bon Soir was produced by Barbra Streisand, Martin Erlichman and Jay Landers. In Landers extensive liner notes (which also include song-by-song descriptions of the album’s 24 tracks), he remarks, “The science of recording has made quantum leaps since 1962. Grammy Award-winning engineer, Jochem van der Saag, has subtly solved audio issues in ways his predecessors could hardly have fathomed. Absolutely nothing about Barbra’s sterling vocals has been altered. However, the overall sonic picture has been greatly improved from the original tapes.” According to van der Saag, ‘The moment we played the tapes through modern state-of-the-art speakers, it was clear what the original engineers, Roy Halee and Ad “Pappy” Theroux, had faced. The club’s acoustics were obviously not designed for recording, and there was a lot of leakage from the instruments into her vocal mic. If we wanted to lower the volume of the piano for example, the vocal volume would decrease, too. To give listeners ‘the best seat in the house,’ we used cutting-edge spectral editing technology, clarifying the true artistry of Barbra and her band.'” Barbra was accompanied by a first-rate quartet of veteran musicians: Tiger Haynes on guitar, Averill Pollard on bass, John Cresci on drums and Peter Daniels on piano. It was evident that she and the band shared a genuine camaraderie and mutual admiration.
As Barbra says in her personal liner note, “I had never even been in a nightclub until I sang in one. I sang two songs in a talent contest at a little club called The Lion and won, which led to being hired at a more sophisticated supper club around the corner called the Bon Soir, with an actual stage and a spotlight. The buzz that began at the Bon Soir led to a contract with Columbia Records in 1962, the start of a long association that continues to this day. The initial plan for my first album was to record it at the club, and these early tapes have been sleeping in my vault for six decades. I’m delighted to finally bring them out into the light and share what could have been my debut album, Live At The Bon Soir.”
Barbra Streisand
Digitally remastered 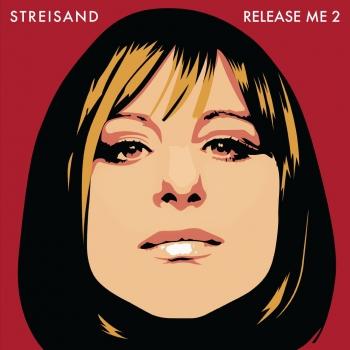 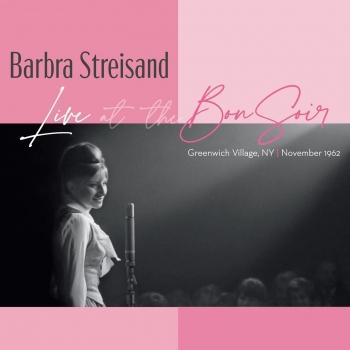 Live At The Bon Soir (Remastered)

Barbra Streisand
is the only recording artist to have number one albums in five consecutive decades. She has achieved 51 Gold, 30 Platinum and 18 multi-Platinum albums, each of which, according to the Recording Industry Association of America, exceeds all other female singers. Her most recent GRAMMY® nominated album, What Matters Most, and Release Me became her 31st and 32nd to reach the Top Ten in the charts, with which she passed The Beatles to become the third highest achiever in that significant statistic, exceeded only by the Rolling Stones and Frank Sinatra. She is the only female among the top ten album-selling recording artists and also the only one to have done so in the pop music field during decades dominated by rock and country sales dominance. In her sixth decade of providing music magic, Barbra Streisand continues to reach the top of the charts. Her Back To Brooklyn concert DVD was confirmed as No. 1 on the Billboard Top DVD Music Video chart. Achieving that distinction with the Columbia Records release, Streisand now has topped the DVD charts five times. Her success in the DVD field also includes having earned nine Gold DVDs, six Platinum and three multi-Platinum titles.
The Streisand Foundation has given millions of dollars in more than 2100 grants to over 700 non-profit organizations including her substantial underwriting of The Cedars-Sinai Barbra Streisand Women's Cardiovascular Research and Education Program which addresses the leading cause of death among women in the United States. The legendary artist also has raised many millions more for a variety of causes through her performances. Barbra Streisand was recently honored by the Cedars-Sinai Board of Governors for her generous support and dedication to the Barbra Streisand Women's Heart Center at Cedars Sinai Hospital.
About Funny Girl:
The musical by librettist Isobel Lennart, composer Jule Styne (Gypsy, Bells Are Ringing) and lyricist Bob Merrill (Carnival, New Girl in Town) depicted the rise to fame of comedienne/Ziegfeld Follies star Fanny Brice (Streisand, in her second Broadway role) and her troubled relationship with husband Nicky Arnstein (Sydney Chaplin, son of Charlie and star of Styne’s Bells Are Ringing and Subways Are For Sleeping). Kay Medford and Danny Meehan also starred as Mrs. Brice and Eddie Ryan, respectively, and future All in the Family “Dingbat” Jean Stapleton was featured as Mrs. Strakosh. Funny Girl, directed by Garson Kanin and produced by Brice’s son-in-law Ray Stark, opened on March 26, 1964 after 17 previews at the Winter Garden Theatre (today, home to the musical Rocky). It then transferred to two more theaters before closing in 1967 after 1,348 performances; Mimi Hines succeeded Streisand as Fanny.
The show earned eight Tony nominations, but won none of them thanks to the unstoppable competition from David Merrick’s production of Hello, Dolly!. Streisand would be awarded for her portrayal of Fanny, however, when she won Golden Globe and Academy Awards for the 1968 film version. It would be her first role in a film. The musical produced a number of standards, including “I’m The Greatest Star,” “Don’t Rain on My Parade” and, of course, “People,” not to mention one of the most electrifying overtures ever composed.
The original cast album, one of Streisand’s only recordings not on Columbia Records, was recorded over just one session (as was standard practice at the time) at the Manhattan Center studios on April 5, 1964 and was produced by Dick Jones. Longtime Broadway champion Goddard Lieberson, the president of Columbia, reportedly passed on the cast album but made a stipulation that Streisand record a number of songs from the score for Columbia which she did in December of that year. (Two – “Who Are You Now” and “Cornet Man” – still remain locked in the Columbia vaults.) Lieberson might have rethought his passing on the album if he could have foreseen its success. In stores just a scant week after it was recorded, it went on to spend 51 weeks on the Billboard chart. It peaked at No. 2, kept from pole position only by The Beatles’ Second Album (illuminating how much the charts have changed over 50 years!). The Original Broadway Cast Recording of Funny Girl would eventually be certified Gold in September of 1964 and go on to win the Grammy for Best Original Cast Album. It was released on CD in 1987 on Capitol and in 1992 on EMI’s Broadway Angel Label, and was inducted into the Grammy Hall of Fame in 2004.