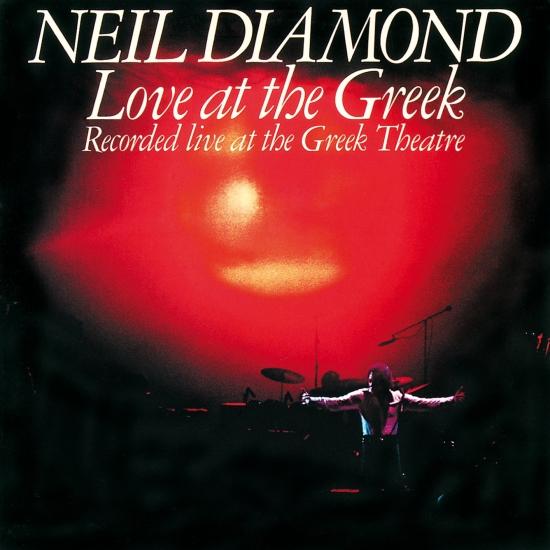 Produced by the Band's Robbie Robertson, who had also helmed the previous year's „Beautiful Noise“, 1977's „Love At The Greek“ is a document of Neil Diamond at the height of his fame, performing hits like 'Kentucky Woman' and 'Sweet Caroline' before an audibly awestruck crowd. The musicianship is impeccable throughout, while the arrangements update and in some cases improve on the originals, injecting freshness and vitality into Diamond classics like 'Holly Holy' and 'Song Sung Blue.' The medley from the songwriter's 'Jonathan Livingston Seagull' opus is a particular highlight.
Neil Diamond, vocals
Richard Bennett, guitar
Doug Rhone, guitar
Alan Lindgren, keyboards
Tom Hensley, keyboards
Reinie Press, bass
Dennis St. John, drums
King Errisson, percussion
Recorded 1976 at the Greek Theatre in Los Angeles, Wally Heider Mobile Sound
Engineered by Andy Bloch
Produced by Robbie Robertson
Digitally remastered

Touching You, Touching Me (Remastered)

The Jazz Singer (Original Songs From The Motion Picture) (Remastered)