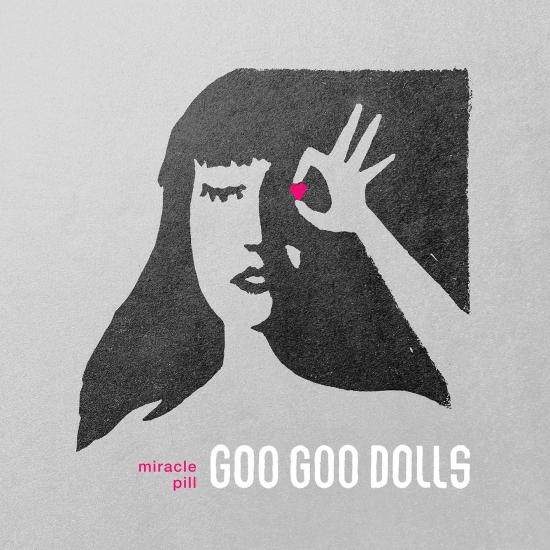 Multi-platinum, four-time GRAMMY-nominated rock bandGoo Goo Dolls have announced they will be embarking on a nationwide headlining tour in support of their forthcoming album, Miracle Pill.
Initially released in September 2019, Miracle Pill remains as engaging and timely as ever. The album was described as “potentially the biggest Dolls album released to date [Planet Rock]”, as well as one that “easily stands alongside the best of their career [PopMatters].” In addition to “Fearless” and “Miracle Pill,” the record features numerous other instant-classics such as the stirring slow-burn “Autumn Leaves”. With over 30 years together as a group, over 12 million albums sold, and 14 number one and Top 10 hits at Hot AC, Miracle Pill finds Goo Goo Dolls at the top of their game and in a league of their own among rock bands.
Last month, Goo Goo Dolls debuted their own “Live From Home” series on Youtube, a collection of six intimate live performance videos recorded and filmed remotely. Featuring stripped down renditions of hits spanning the band’s storied career such as “So Alive,” “Miracle Pill,” “Slide,” “Life’s a Message,” “Indestructible,” and “Name.”
Formed in Buffalo, NY during 1986 by John Rzeznik and Robby Takac, Goo Goo Dolls quietly broke records, contributed a string of staples to the American songbook, connected to millions of fans, and indelibly impacted popular music for three-plus decades. Beyond selling 12 million records worldwide, the group garnered four GRAMMY® Award nominations and seized a page in the history books by achieving 14 number one and Top 10 hits at Hot AC-“the most of any artist.”
As a result, they hold the all-time radio record for “Most Top 10 Singles.” Among a string of hits, “Iris” clutched #1 on the Hot 100 for 18 straight weeks and would be named “#1 Top 40 Song of the Last 20 Years.” Thus far, A Boy Named Goo [1995] went double-platinum, Dizzy Up The Girl went quadruple-platinum, and Gutterflower [2002] and Let Love In [2006] both went gold as Something for the Rest of Us [2010] and Magnetic [2013] bowed in the Top 10 of the Billboard Top 200. 2016’s Boxes attracted the praise of People and Huffington Post as Noisey, Consequence of Sound, and more featured them. Their music has been covered by everyone from Taylor Swift to Leona Lewis. Among many accolades, John received the prestigious “Hal David Starlight Award” in 2008 as well.
Following a sold-out 2018 twentieth anniversary tour in celebration of Dizzy Up The Girl, Goo Goo Dolls wrote and recorded their twelfth full-length album, Miracle Pill [Warner Records]-igniting a bold and bright new era in the process. Miracle Pill arrived on September 13th, 2019 via Warner Records and the deluxe edition is set for release on July 10th, 2020.
The Goo Goo Dolls

br>The Goo Goo Dolls
After more than two decades as a band, with nine albums, a catalog of songs that have become ingrained in the pop consciousness and countless concerts for millions of fans, the Goo Goo Dolls are feeling particularly good about their new album: Magnetic.
More to the point, the Goo Goo Dolls are feeling particularly good. Period. “This album was really upbeat and fun,” says John Rzeznik, the trio’s primary singer, songwriter and guitarist since it was founded in Buffalo in 1986. “I don’t think we’ve made a record like this in a while. Just had a great time doing it.” It’s a great time overall for the musicians. Bassist Robby Takac, whose partnership with Rzeznik has been the band’s foundation since the start, and his wife have just had their first child. And Rzeznik is getting married this summer. Not to mention that recently three of the band’s songs placed in Billboard’s Top 100 of 1992-2012, with “Iris” standing at No. 1. That song has also connected with a new generation, as Dolls fan Taylor Swift has been performing it in her concerts.
That joy is all there in the spirit of the 11 new songs on the album, for which Rzeznik, Takac and drummer Mike Malinin — the lineup steady since 1995 — recorded in New York, London and Los Angeles with Gregg Wattenberg (Train), Rob Cavallo (Green Day), John Shanks (Bon Jovi) and Greg Wells (Katy Perry). From the celebratory single “Rebel Beat” to the love-rediscovery ballad “Slow It Down,” from the blue-collar anthem “Keep the Car Running” to the meltingly romantic “Come to Me,” Magnetic is an album bursting with a spirit of renewal. And nowhere is it more explicit than in one of two Takac-penned songs: “Happiest of Days.”
“All the writing is an extension of ourselves,” Rzeznik says. “My life’s amazing. When I sit and think about my life, it really has been incredible.” No argument from Takac.
“It’s pretty amazing to me,” he says. “All these years now we’ve been playing in this band together and we still somehow manage to grow. That allows us to keep making it happen. We never denied what the situation was at the moment. Right now we’re here and living this moment, and some cool things are happening in our lives.”
It’s a contrast from the poetically introspective tone of 2010’s Something For the Rest of Us, which reflected some personal turmoil.
“This album feels like this is where we came out the other side and are in the daylight again,” he says. “Got a little dark on the last record. But that was something I needed to do, where I was at. This is where I am now. Yeah, you know — I got myself up, brushed myself off and looked around, and things were fine. Why not celebrate?”
Even a dark-sounding title, such as “When The World Breaks Your Heart,” reveals a world of happiness.
“That’s a song about friendship,” he says. “Real friendship. About when you find out who the people are who really care about you and love you, like on moving day, or times of need.”
With that in mind, the making of the album represented a break from past methods too. Rzeznik first worked with those collaborators on writing and pre-production of the songs.
" class="ng-binding ng-scope">The Goo Goo Dolls