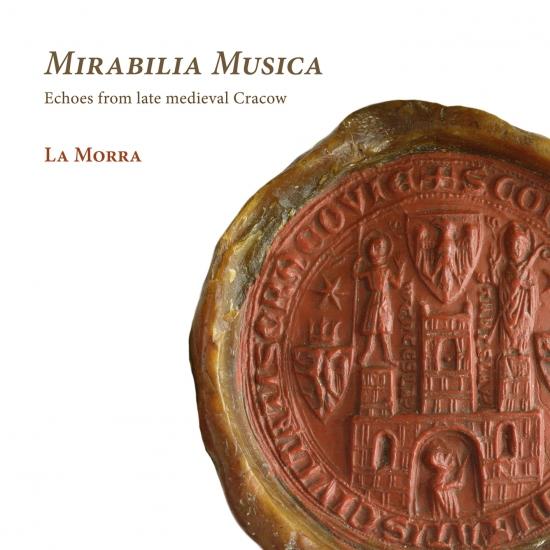 The city of Cracow, until 1596 the political, commercial and cultural capital of Poland, rose to prominence in Central Europe in the course of the fourteenth and fifteenth centuries under the rule of the Jagiellon dynasty. Although repertoire both performed and composed in Cracow exists from before to that period, it is the manuscripts from the first half of the fifteenth century that capture an impression of the city’s soundscape in a period when it was reportedly “gripped by the greatest enthusiasm” for music. On the one hand, they reveal an intense involvement with Italian and French art music, and on the other, rare glimpses of local musical production ranging from simple, often archaic-sounding polyphony to more complex works of Mikołaj Radomski, a mysterious Polish composer whose music is not known from other sources. The recorded programme is a musical panorama of a vibrant early fifteenth-century city in the East of Latin Europe which, six centuries later, still enchants with its medieval-renaissance aura.
La Morra
Corina Marti, direction
Michal Gondko, direction 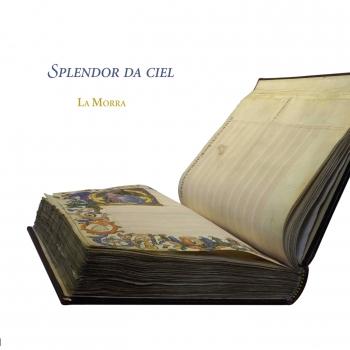 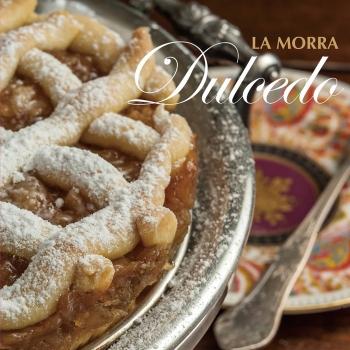 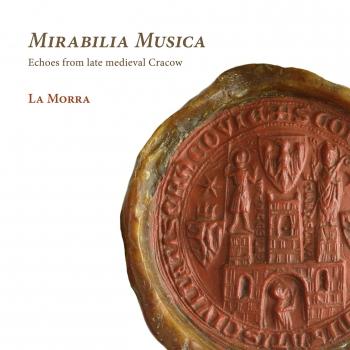 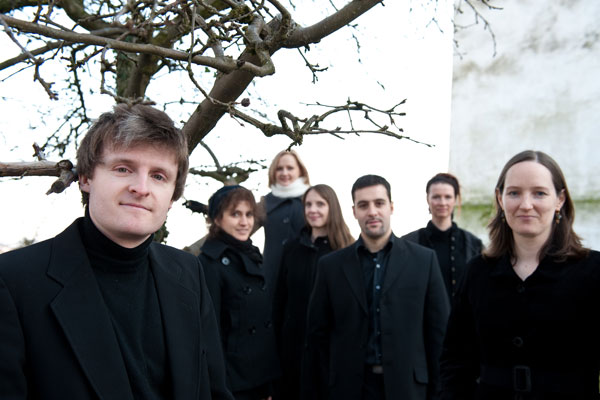 La Morra
formed in 2000 and named after Heinrich Isaac's famous instrumental piece, is among the leading formations specializing in the performance of European music traditionally referred to as 'late Medieval' and / or 'early Renaissance' (roughly c1300-c1500).
A melting pot of national temperaments, the ensemble makes its home in Basle, the cultural capital of Switzerland, where research into the 'early music' and its performance has been practiced for many decades. Under the artistic leadership of Corina Marti and Michal Gondko, La Morra re-defines itself according to the requirements of the projects it undertakes.
La Morra has performed at some of the most prestigious European and North-American Early Music events, including Festival van Vlaanderen (Belgium), Rencontres de Musique Médiévale du Thoronet and Voix et Route Romane (France), Tage alter Musik in Regensburg (Germany), Kilkenny Arts Festival (Ireland), Festival Oude Muziek Utrecht (The Netherlands), Oslo Internasjonale Kirkemusikkfestival (Norway), Misteria Paschalia and Muzyka w Raju (Poland), Festival Internacional de Música da Póvoa de Varzim (Portugal), Freunde alter Musik Basel and Forum Alte Musik Zürich (Switzerland), Houston Early Music, The Da Camera Society of Mount St. Mary's College, The Chamber Music Society of Saint Cloud and the Early Music Guild of Seattle (USA). Concert tours have also taken the ensemble to Cyprus, Estonia, Finland, Italy, Spain and the United Kingdom.
La Morra’s CD releases are enthusiastically received. Among the proofs of this are such distinctions as the Gramophone Award Nomination, Classical Music Awards Nomination, Diapason d’Or, Preis and Jahrespreis der Deutschen Schallplattenkritik and the constantly high ratings in the international music press.