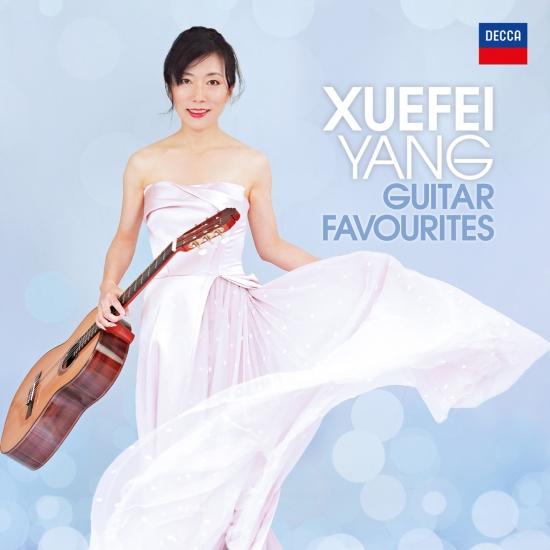 Classical guitarist Xuefei Yang announces the release of Guitar Favourites, her next album by UMG China on the Decca label due for release on 24 November 2022. The album represents Xuefei’s unlikely journey to become the finest Chinese guitarist on the world stage through a collection of much-loved tracks known to classical guitar lovers around the world. Xuefei has put together a personal selection of pieces showcasing her musical journey, including pieces she played as a young girl through to audience favourites she’s performed countless times on stage over the years. The album also features Xuefei’s first composition, Xinjiang Fantasy, a work based on traditional folksongs from the Xinjiang region in north-west China, and the world premiere recording of a piece by guitarist John C. Williams.
Xuefei Yang said: “The guitar feels like a life-companion for me. After more than 35 years with my guitar, I have grown as a person and as an artist. I know the guitar better than ever, and I feel I have my own voice on it. My desire to have more people fall in love with this beautiful instrument has become stronger. I feel that it’s time to return to the quintessential guitar music that first drew me, and many others, under its spell. This music touched me from first listen, and over the years continued to reveal ever more facets. I am very excited to present Guitar Favourites as it reflects who I am now. I’m very much hoping my personal interpretation of these guitar favourites will connect with and inspire others.”
The album is the product, as well as the embodiment, of an unlikely, pioneering musical journey: from humble beginnings in a culture with no guitar tradition, Xuefei gave up a normal education at a highly regarded school to become the first ever guitar student to enter a music school in China.
As the first Chinese student to be awarded a scholarship from ABRSM, Xuefei went on to become the first Chinese guitarist to study at London’s Royal Academy of Music, and the first to launch a professional career on the world stage.
Spanish classical guitar music remains central to the repertoire and was a core element of Xuefei’s early years. She first played Francisco Tárrega’s Recuerdos de la Alhambra, an iconic piece in the Spanish guitar repertoire, when she was just 10 years old. Another major work on the album is La Catedral by Paraguayan composer Agustín Barrios Mangoré, which Xuefei played in the final of the Beijing Guitar Competition when she was just 11 years old, competing against adults. Fandango by Rodrigo carries special significance for Xuefei, as the composer attended her Spanish debut concert in Madrid when she was 14. The world premiere recording of When the birds return, a work by fellow guitarist John C. Williams, features on the album too. Xuefei met John in Beijing when she was a teenager, and his encouragement renewed her ambition to become a professional guitarist.
Xuefei Yang, classical guitar 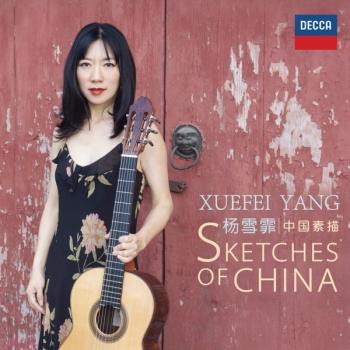 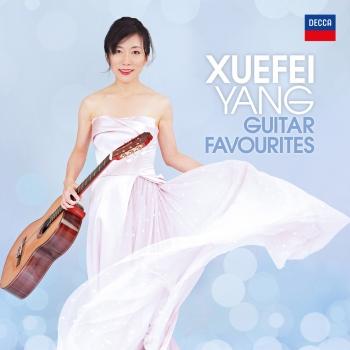 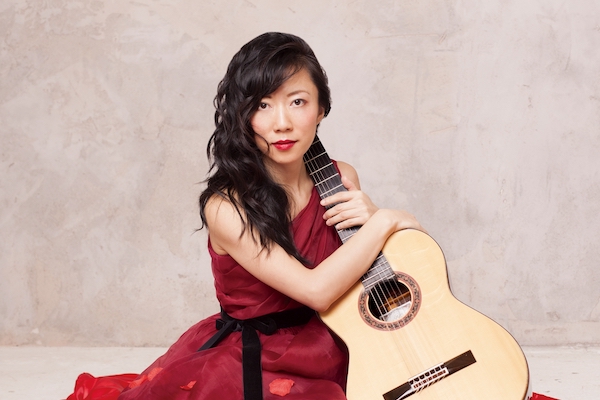 Xuefei Yang
is acclaimed as one of the world’s finest classical guitarists. Hailed as a musical pioneer - her fascinating journey began after the Cultural Revolution, a period where Western musical instruments & music were banned. Xuefei was the first-ever guitarist in China to enter a music school, & became the first internationally recognised Chinese guitarist on the world stage. Her first public appearance was at the age of ten and received such acclaim that the Spanish Ambassador in China presented her with a concert guitar. Her debut in Madrid at the age of 14 was attended by the composer Joaquín Rodrigo and, when John Williams heard her play, he gave two of his own instruments to Beijing’s Central Conservatoire especially for her and other advanced students.
Xuefei was born in Beijing, & is a graduate of Beijing’s Central Conservatoire of Music, and went on to become the first Chinese musician to receive a full scholarship for postgraduate studies at the Royal Academy of Music in London, where she received the Principal’s Prize on completion of her postgraduate study.
Her international success has led her to be invited to play in more than 50 countries at numerous prestigious venues such as Wigmore Hall, all Southbank venues, and Royal Albert Hall in London, as well as the Philharmonie Berlin, Concertgebouw Amsterdam, Konzerthaus Vienna, Auditorio Nacional de Espana, Barcelona Auditorium, Carnegie Hall & Lincoln Center New York. In Asia she has appeared at the National Concert Hall Taipei, Hong Kong City Hall & Cultural Center, Esplanade Singapore, Seoul Arts Centre and gave the first guitar recital and concerto in the Beijing National Center of Performing Arts. Xuefei has also been invited to perform at major music festivals such as BBC Proms, Edinburgh International Festival, Shanghai MISA Festival and the Beijing international Music Festival.
In 2003 she performed 54 concerts for the “Night of the Proms” Tour, appearing in Belgium, The Netherlands and Germany, to a total audience of over 800,000 people.
Xuefei is frequently invited to play with the world’s leading orchestras including Royal Philharmonic Orchestra, London Philharmonic Orchestra, BBC Concert Orchestra, Royal Scotland National Orchestra, Royal Liverpool Orchestra, Hamburg Symphony Orchestra, Rotterdam Symphony Orchestra, Hong Kong Symphony Orchestra, New Zealand Symphony Orchestra, & Detroit Symphony Orchestra, Seoul Philharmonic, China Philharmonic. Xuefei’s recent highlights include return performances with the English Chamber Orchestra, Halle Orchestra, Beijing Symphony Orchestra, Wintertour Philharmonic, debut performances with Beijing Symphony Orchestra, China National Orchestra giving the Asian premier of the The Albeniz Concerto written for Xuefei by Stephen Goss, and an Australian tour with the Melbourne Symphony Orchestra which included performing the Australian premier of Tan Dun’s guitar concerto.
Xuefei’s dedication as a recitalist will see her appear across the world throughout the season. Her engagements in the 2016/17 season include appearances in Melbourne, Seoul, Hong Kong, Beijing, San Francisco, Frankfurt, London, Bath, Istanbul and concertos with the Seoul Philharmonic, HK Philharmonic, Beijing Symphony & Brandenburgisches Staatsorchester. Xuefei also continues her successful collaboration with the Heath Quartet.
Gramophone magazine praised Xuefei as one of the leading innovators of her generation for continuing to build the guitar repertoire. Xuefei is committed to commissioning new works and making her own arrangements, with a particular interest in adding Chinese music and chamber music, many of which have appeared on her recordings. Xuefei has received new works from composers such as Chen Yi, Stephen Goss, Timothy Salter, Carlo Domeniconi. This season sees her giving at least three world premiere performances.
Xuefei has made many albums including several acclaimed recordings for EMI Classics. Her first recording received a gold disc & her second was selected as ‘Editor’s Choice’ in Gramophone magazine. Several of the recordings reflect Xuefei’s interest in expanding the repertoire. A concerto album recorded with the Barcelona Symphony Orchestra, conducted by Eiji Oue, featuring Rodrigo’s Concerto de Aranjuez & Goss’ Albeniz Concerto. Another recording of “Bach Concertos” featured Xuefei’s innovative transcriptions of solo works and concertos by J.S. Bach. Xuefei has released two albums in 2016, her latest solo album “Colours of Brazil,” (Decca Classics) and “Songs from our Ancestors” (Globe Music) which continues her successful collaboration with Ian Bostridge in a recording made at Shakespeare’s Globe Theatre.