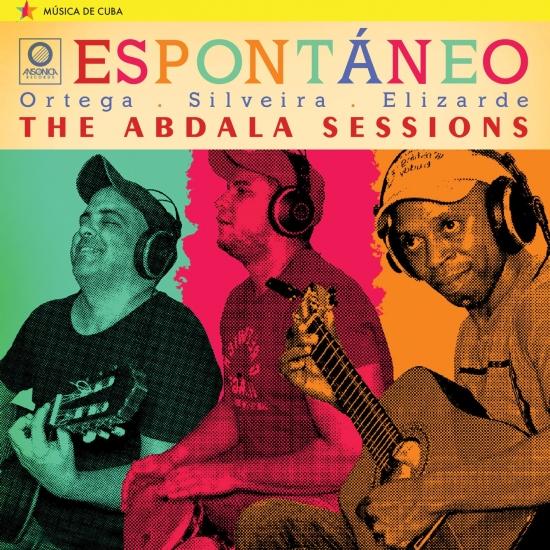 Info for Espontáneo: The Abdala Sessions

In Havana, recording sessions are done a little differently. Musicians and producers gather at recording studios, where a well-stocked bar and ample Wi-Fi are available in the lobby. A sense of ease and relaxation permeates the air -- people gather not just to produce recordings, but to create art with each other in a communal music experience. In the case of ESPONTÁNEO, or “spontaneous,” this quasi-live album was sparked while PARMA team members were in Havana for a recording session trip. Dayron Ortega, an accomplished guitarist and PARMA’s Lead Producer for Cuba sessions, invited his friends Maykel Elizarde and Eduardo Silveira to the studio during the session week. Elizarde lives in a remote village in Cuba and his guitar prowess had been virtually unknown until the release of his first album, SOUTH COUNTY, with Ansonica Records. Elizarde and Silveira, a renowned Cuban percussionist, entered the recording room from the lobby, and the three began to play what become a fusion of a recording and a jam session. Dayron began calling out tunes, which his counterparts would listen along to and then respond and embellish. If Elizarde and Silveira didn’t know the tune by name, they would quickly pick up the melody as Ortega started playing, and then would take it in a whole new, energized direction. ESPONTÁNEO demonstrates a different side of the music production world -- one where the craft of performance itself and the shared musical moment is not lost in the effort for a perfect take. The groove, spice, and free-flowing energy of this album offers a view into the everyday life of the Cuban music-lover.
Maykel Elizarde Group