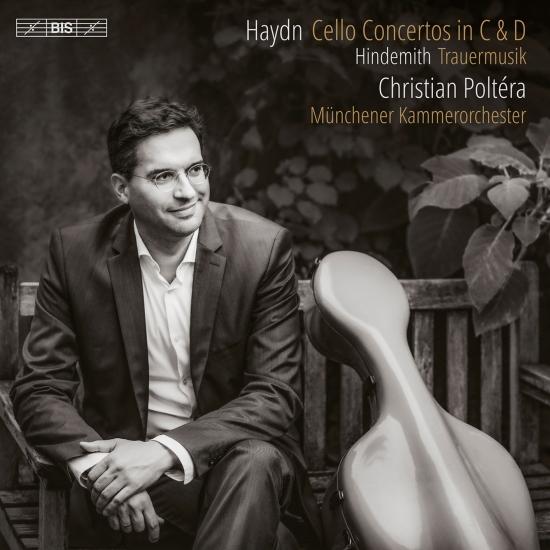 Joseph Haydn once remarked: ‘I was not a magician on any instrument, but I knew the power and effect of all of them.’ This knowledge he used to good effect in his cello concertos, composed some twenty years apart for two different cellists in ‘his’ orchestra at the court of Prince Esterhazy. Both works are firmly established in the concert repertoire, but this has not always been the case.
Concerto No. 1 in C major was long believed to be lost and it was only in 1961 that a set of parts were discovered in the Prague National Museum. The D major concerto, on the other hand, was never lost, but for a very long time there was doubts concerning its provenance. Only when Haydn's manuscript was found in 1954 could the work’s authorship be clarified beyond doubt. These two jewels in the cello repertoire are here performed by the acclaimed Swiss cellist Christian Poltéra who also directs the Münchener Kammerorchester. Closing the disc is a work composed some 150 years later: the composer and viola player Paul Hindemith wrote his Trauermusik for himself to perform at a concert commemorating the death of George V of England in 1936. It is here heard in the version for cello and strings.
Christian Poltéra, cello
Munich Chamber Orchestra 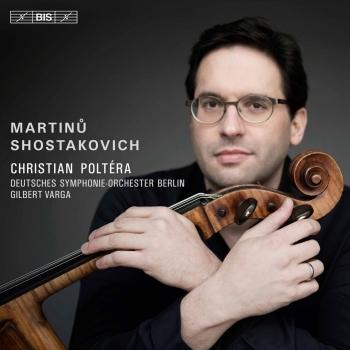 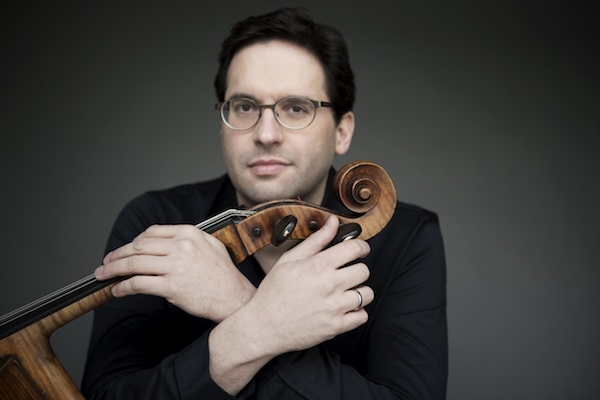 Christian Poltéra
Born in Zurich, cellist Christian Poltéra was a pupil of Nancy Chumachenco and Boris Pergamenschikov before studying with Heinrich Schiff in Salzburg and Vienna. Since replacing Yo-Yo Ma performing the Elgar concerto with the Tonhalle Orchestra Zurich under David Zinman at the age of 17, Mr. Poltéra has steadily established himself as one of the most prominent cellists of his generation.
As soloist he has worked with eminent orchestras including the Munich Philharmonic Orchestra, Leipzig Gewandhaus Orchestra, NDR Hamburg Orchestra, Oslo Philharmonic Orchestra, Vienna and Bamberg Symphonies, Royal Liverpool Philharmonic, Orchestra Santa Cecilia in Rome, Orchestre de Paris, Orchestre National de Lyon, BBC Philharmonic, Camerata Salzburg, Deutsche Kammerphilharmonie Bremen, Chamber Orchestra of Europe and Los Angeles Philharmonic under such conductors as Bernard Haitink, Riccardo Chailly, Christoph von Dohnanyi, Sir John Eliot Gardiner, Leonard Slatkin, Sir Andrew Davis, Paavo Järvi, Donald Runnicles, as well as the leading conductors of the younger generation, such as James Gaffigan, Robin Ticciati, Vasily Petrenko and Andris Nelsons. Mr. Poltéra made his solo debut in the US in 2006 with the American Symphony Orchestra at Avery Fisher Hall in New York. Upcoming highlights include appearances with the Deutsches Symphonie-Orchester at the Berlin Philharmonie, the Munich Chamber Orchestra, the Oregon Symphony, and a three week residency with the São Paolo Symphony.
Mr. Poltéra also devotes himself intensively to chamber music, working with such musicians as Gidon Kremer, Christian Tetzlaff, Karen Gomyo, Leonidas Kavakos, Martin Fröst, Kathryn Stott, Lars Vogt, and Leif Ove Andsnes, as well as the Auryn, Belcea, and Zehetmair Quartets. In 2008 he joined Mitsuko Uchida in performances of Messiaen's "Quartet for the End of Time", at Carnegie's Zankel Hall and the Kimmell Center in Philadelphia. Together with violinist Frank Peter Zimmermann and violist Antoine Tamestit, Christian Poltéra has formed a regular string trio that performs at the most prestigious concert venues as well as at the Salzburg and Edinburgh Festivals. In 15-16 the Trio Zimmermann tours in Amsterdam, Vienna, Munich, Madrid, Bilbao, Barcelona, and Hamburg. With Juho Pohjonen and Karen Gomyo he performs in Toronto and Philadelphia in March, 2016.
In 2004 he received the Borletti-Buitoni Award and was selected as a BBC New Generation Artist. In 2006-07 he was a 'Rising Star' of the European Concert Hall Organization. He is a regular guest at renowned festivals (such as Salzburg, Lucerne, Berlin, and Vienna) and made his BBC Proms debut with the BBC Symphony Orchestra in 2007.
Christian Poltéra's discography reflects his wide range of repertoire that includes the cello concertos by Barber, Lutoslawski, Dutilleux, Schoeck, Honegger, Martin, and Toch, as well as chamber music by Prokofiev, Fauré, Mozart, Saint-Saens and Schubert, on the labels BIS Records, Deutsche Grammophon, EMI, and Chandos.
These recordings have won acclaim from the international press, and have been honored with the Diapason d'or, Gramophone Magazine's "Editor's Choice", Strad Magazine's "Strad Selection", and BBC Music Magazine's "Choice".
Now recording regularly for BIS, Mr. Poltéra's recent releases include the cello concertos by Hindemith and Walton (São Paulo Symphony Orchestra / Frank Shipway). CD releases in 15-16 include the Dvorak and Martinu Concerti with the Deutsches Symphonie-Orchester and Thomas Dausgaard.
Christian Poltéra plays the famous cello "Mara", built in 1711 by Antonio Stradivari.