Carols After a Plague The Crossing & Donald Nally 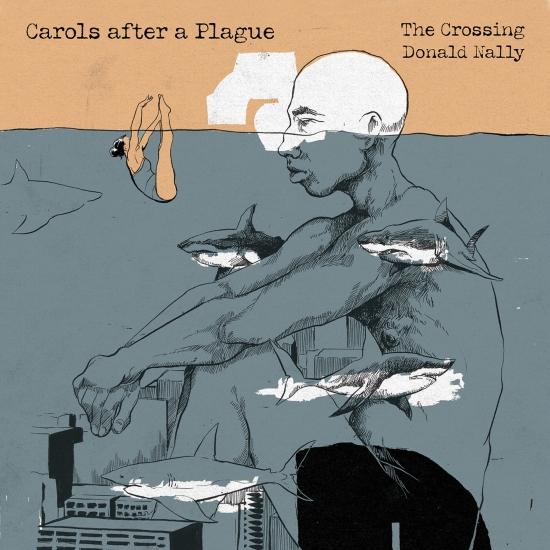 Info for Carols After a Plague

Throughout its history, the Philadelphia based contemporary chamber choir The Crossing, led by conductor Donald Nally, has championed works that address social, political, and environmental issues. So it is consistent with the group’s history and mission that their latest release, Carols After a Plague, takes a broad view of our collective experience of the recent pandemic era, inviting twelve composers to look inward and engage with some of myriad ways in which the last few years have forced all of us to confront difficult realities and gain strength from solidarity with one another. The result is a moving tribute to the resilience of communities and a clarion call to renew our collective commitment to justice.
Interwoven throughout the twelve newly commissioned choral works are a prelude and twelve interludes composed by conductor Donald Nally that create a ritualistic scaffolding for the larger works. Soulful trumpet lamentations, haunting marimba rolls, brilliant splashes of vibraphone color, evocative mandolin melodies, and tolling bells, among other textures, establishe an anchor for the contrasting sound scapes of the other repertoire, unifying the collection into one larger album length work.
Shara Nova’s three movement title work provides a second layer of interwoven material, in the beginning, middle, and end of the album. Carols After a Plague enters into a space of healing surrounding the racial reckoning that was triggered by George Floyd’s murder. The lush voicings in “Urgency,” extrapolation of the famous Silent Night melody in “Tone-Policing,” and exuberant joy expressed in “Resolve” share a courageous tone, approaching a painful subject matter with an open heart.
Tyshawn Sorey’s Requiem for Plague is dense and haunting, featuring murky harmonies that support disembodied high notes in the soprano. Sorey’s landscape is one of continued searching; with the many issues that have gained increased visibility over the last few years, Sorey powerfully asserts their continued urgency and importance with this wordless requiem. The album’s other wordless setting, Mary Jane Leach’s Alone Together, also suggests more questions than answers with its ominous harmonies.
Edith Canat de Chizy’s Rising Stars traces the process of renewal in a Walt Whitman’s “Out of the cradle endlessly rocking,” using chromatic clusters, word painting, and insistent repetition to capture a sense of awakening.
Joseph C. Phillips Jr’s The Undisappeared hearkens to those early days of the pandemic when the community collectively came together to cheer essential workers from our windows, capturing those moments of collective gratitude with full, illuminated harmonies.
L.J. White’s a carol called love sets poet Alex Dimitrov’s ongoing Twitter text in which he adds a new line starting with “I love…” every day. Individual members of the choir emerge from the murmuring of the other voices to intone deeply personal fragments.
In Everything Passes, Everything is Connected, Samantha Fernando explores isolation and connection through shimmering full choir harmonies and stark two voice textures.
Leila Adu-Gilmore’s Colouring-In Book is about overcoming the never ending process of facing the same struggles, both personal and societal. Nina Shekhar reimagines famous Christmas tunes and lyrics in her fantastical y-mas, refracting them through the lens of a child raised in a different culture.
Vanessa Lann’s Shining Still sets inspirational texts by Victorian poet Matthew Arnold, weaving together a series of interlocking phrases to create intensity and a call for resilience.Alex Berko’s Exodus investigates the saturation of the word “plague” in the Old Testament, and the portrayal of God as a protector in a passage from Exodus. The charged repetition of the text echoes the uncertainty of a child discovering their relationship with faith.
Viet Cuong’s Still So Much to Say sets fragments from David Ferry’s “Resemblance,” about regret over what is left unsaid in the face of death. Indeed, as we come out of a transformative era, there is still much to be said, about our experience of the last few years and about our renewed insight into the pertinent issues of our time. The Crossing’s beautiful curation and performances of these powerful works on this album are a testament to vocal music’s unique capacity to uplift us and represent an inspirational call to live fully and with intent. (Dan Lippel)
Donald Nally, conductor
Kevin Vondrak, assistant conductor
John Grecia, keyboards
Michael Jones, trumpet
Daniel Schwartz, marimba
Ted Babcock, marimba
Karen Blanchard, percussion, paper
Micah Dingler, percussion, paper
Joanna Gates, percussion, paper
Kyle Sackett, percussion, paper
Kevin Vondrak, mandolin

Ted Hearne: Sound from the Bench

Kile Smith: The Arc in the Sky 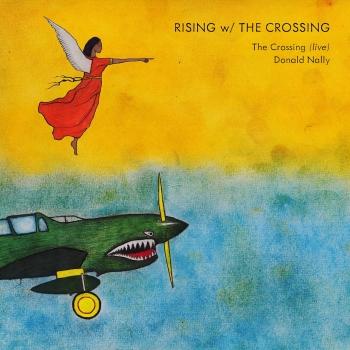 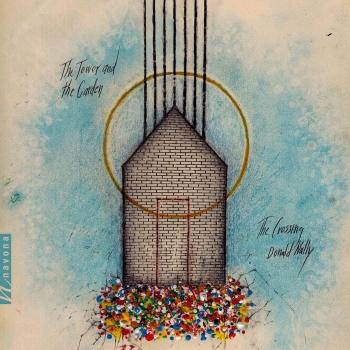 The Tower and the Garden 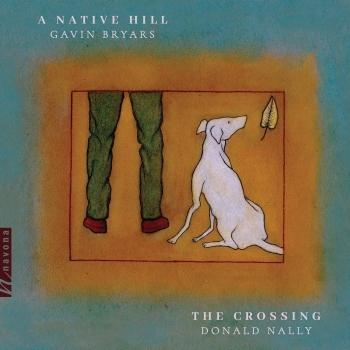 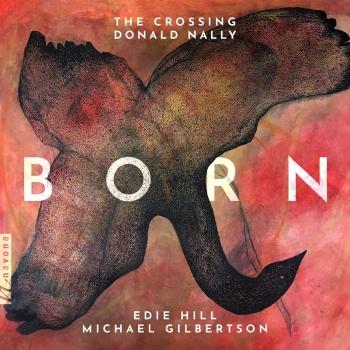 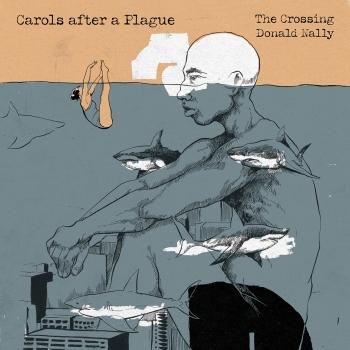 Carols After a Plague

The Crossing
is a professional chamber choir conducted by Donald Nally and dedicated to new music. Consistently recognized in critical reviews, The Crossing has been hailed as “ardently angelic” (Los Angeles Times, 4/14) and “something of a miracle” (The Philadelphia Inquirer, 7/14). Formed by a group of friends in 2005, the ensemble has since grown exponentially and “has made a name for itself in recent years as a champion of new music.” (The New York Times, 2/14). Highly sought-after for collaborative projects, The Crossing was the resident choir of the Spoleto Festival, Italy in 2007; appeared at Miller Theatre of Columbia University in the American premiere of James Dillon’s Nine Rivers with the International Contemporary Ensemble (ICE); joined Bang on a Can’s first Philadelphia Marathon; and has appeared with the American Composers Orchestra, Network for New Music, Lyric Fest, Piffaro, red fish blue fish, Tempesta di Mare Baroque Chamber Orchestra, PRISM Saxophone Quartet, Toshimaru Nakamura, Dolce Suono, and in the summer of 2013, The Rolling Stones. The ensemble has sung in such venues as Walt Disney Concert Hall, The Kennedy Center, Carnegie Hall, and the Metropolitan Museum of Art; they made their Lincoln Center debut this past summer in a world premiere of John Luther Adams in a collaboration with the Mostly Mozart Festival, Lincoln Center Out of Doors Festival, eighth blackbird, Jack Quartet, and TILT brass.
The Crossing frequently commissions works and has presented over forty world premieres. Upcoming projects include commissions with Pelle Gudmundsen-Holmgreen, David T. Little, Joel Puckett, Santa Ratniece, Caroline Shaw, Kile Smith, Lewis Spratlan, Hans Thomalla, Anna Thorvaldsdottir, and Toivo Tulev. The ensemble recently released two recordings on the Innova label: Christmas Daybreak– with world premiere recordings of James MacMillan and Gabriel Jackson—and I want to live – with the complete choral works for women by David Lang. Recordings soon to be released include Lewis Spratlan’s Hesperus is Phosphorus and Gavin Bryars’ The Fifth Century, both commissioned by The Crossing and on the Innova label, as well as Choral Music of Greg Brown on the Navona label. The Crossing is the recipient of two ASCAP Awards for Adventurous Programming as well as the Dale Warland Singers Commissioning Award from Chorus America.
Donald Nally
is responsible for imagining, programming, commissioning, and conducting at The Crossing. He is also director of choral organizations at Northwestern University and chorus master of The Chicago Bach Project. He has held distinguished tenures as chorus master for Lyric Opera of Chicago, Welsh National Opera, Opera Philadelphia, Spoleto USA, and for many seasons at the Spoleto Festival in Italy. He has served as artistic director of the Vocal Arts Ensemble of Cincinnati and the Choral Arts Society of Philadelphia. Among the many ensembles Donald has guest conducted are the Latvian State Choir in Riga, the Grant Park Symphony Chorus in Chicago, the Philharmonic Chorus of London, and the Santa Fe Desert Chorale. His ensembles have sung with the Philadelphia Orchestra, the Pennsylvania Ballet, Spoleto USA, the BBC Symphony Orchestra, Sinfonia Cymru, RAI National Symphony Orchestra, and ICE; his work is heard on numerous recordings on the Chandos, Navona, and Innova record labels. Donald is the recipient of the distinguished alumni merit award from Westminster Choir College and the Louis Botto Award for Innovative Action and Entrepreneurial Zeal from Chorus America; he is the only conductor to have two ensembles receive the Margaret Hillis Award for Excellence in Choral Music - in 2002 with The Choral Arts Society of Philadelphia, and in 2015 with The Crossing. His book, Conversations with Joseph Flummerfelt, was published in 2011.

Booklet for Carols After a Plague