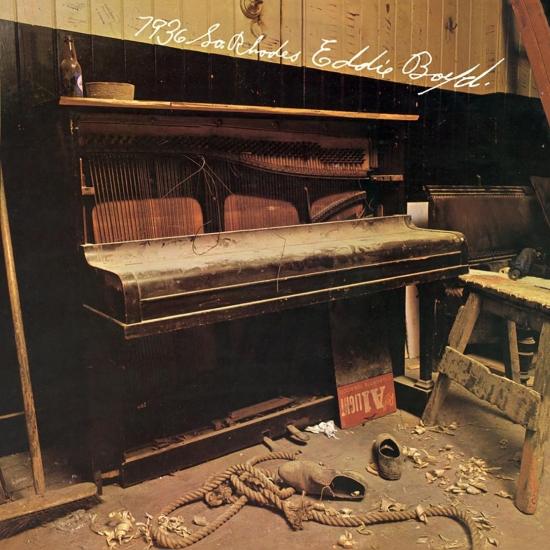 Pianist Eddie Boyd is backed by Fleetwood Mac's Peter Green, John McVie and Mick Fleetwood; recorded in January 1968.
1968 started with a recording session for Fleetwood Mac together with the legendary blues pianist Eddie Boyd. They recorded the album 7936 South Rhodes. Eddie Boyd was very impressed by Peter's guitar style and called him "a negro turned inside-out", he meant that Peter was black on the inside. During this time Fleetwood Mac kept playing 3-4 gigs a week in the U.K. Their first LP, Peter Green's Fleetwood Mac, was released on February 24. This album sold more than any other blues record earlier in England. It stayed in the charts for over a year! The songs had been recorded during November to December in 1967 and gives a good picture of the band's live performances at this time that captivated the audiences. The album was recorded live-in-the-studio, no overdubs, they played all instruments simultaneously as well as lead vocals and the guitar solos.
Recorded at CBS Studios in New Bond Street by Mike Ross, who had the previous year recorded The Jimi Hendrix Experience – Are You Experienced?, this album is a must own for the sound quality alone. It was recorded “live” in the studio, straight to stereo without any overdubs or post mixing.
The original Blue Horizon issue LP was for some peculiar reason issued as mono although the master tapes are stereo. This is it’s first issue on stereo vinyl. The music in the grooves is equal to the sound with Peter Green playing at his usual impeccable best behind Eddie Boyd’s solid piano and vocals.
Eddie Boyd, vocal, piano
Peter Green, guitar
John McVie, bass
Mick Fleetwood, drums 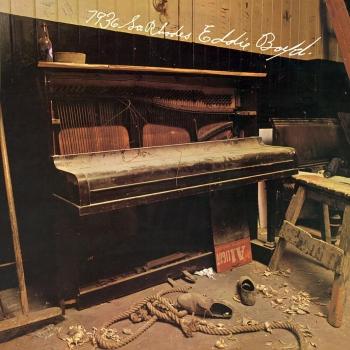 Eddie Boyd (1914-1994)
was born on Stovall's Plantation near Clarksdale, Mississippi, moving to the Beale Street district of Memphis, Tennessee in his twenties where he played piano and guitar with his group, the Dixie Rhythm Boys. In 1941, Boyd followed the great migration northward to the factories of Chicago. In the Fifties, he wrote and recorded the songs "Five Long Years", "24 Hours", and "Third Degree" (co-written byWillie Dixon), a rendition of which is included in this LP set.
During the Sixties' Blues revival, Boyd toured Europe with Buddy Guy's band, and he toured and recorded with Fleetwood Mac and John Mayall and the Bluesbreakers. Tired of the racial discrimination he experienced in the United States, he first moved to Belgium where he recorded with Dutch Blues band Cuby & The Blizzards. Boyd died in 1994 in Helsinki, Finland, just a few months before Eric Clapton released the chart-topping blues album, From The Cradle that included Boyd's "Five Long Years" and "Third Degree".