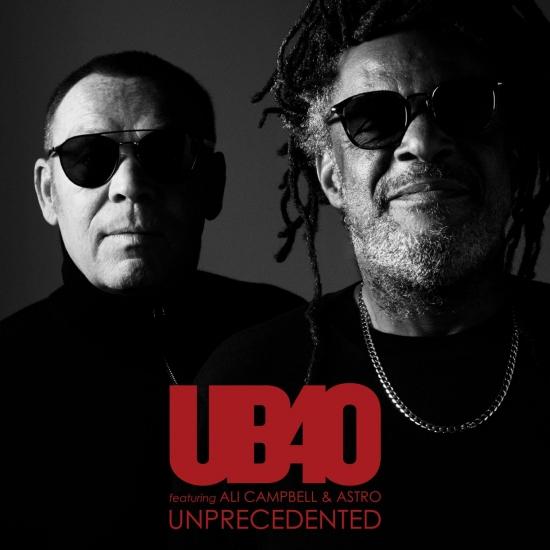 UB40 ft Ali Campbell and Astro - Unprecedented is the follow up to 2018's A Real Labour of Love that went to #2 in the UK charts. Recorded in studios in London and Jamaica in between lockdowns, the album is a collection of songs that Ali and Astro have loved for many years by artists they admire such as Steve Wonder and Kris Kristofferson alongside self penned tracks that were inspired by the pandemic and the state of the UK at the moment.
The album was originally scheduled for release in 2021 but the release was postponed due to the sad passing of Astro in November 2021.
UB40, featuring Ali, Astro & Mickey's most recent album, 2018's A Real Labour Of Love, debuted at No.2 on the UK album chart, only dropping one place a week later to No.3, and the album spent a month in the Top 10. UB40 topped the UK singles chart on three occasions and sold 70 million records as they took their smooth yet rootsy musical blend to all corners of the globe. Between 1983 and 1998 the group produced three Labour Of Love albums, bringing hits such as Eric Donaldson's "Cherry Oh Baby", Lord Creator's "Kingston Town" and Johnny Osbourne's "Come Back Darling" to a new, global audience. They also topped the charts on both sides of the Atlantic with their reggae covers of "Red Red Wine" and "(I Can't Help) Falling In Love With You" and had a further UK No.1 with their cover of "I Got You Babe" with Chrissie Hynde.
UB40