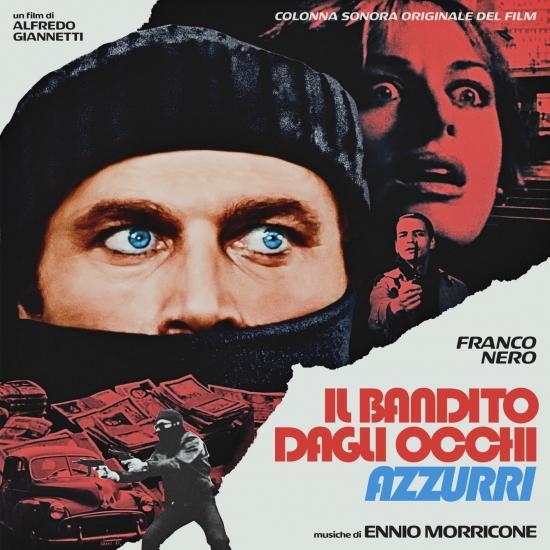 For the fist time ever, the HiRes ReMaster-Edition of Morricone's score to The Blue-eyed Bandit has been remastered from the original tapes, preserved in the historical CAM Sugar archives, with new original artwork designed by Eric Adrian Lee, featuring liner notes by Italian poliziotteschi star Franco Nero and Morricone’s jazz pianist Enrico Pieranunzi. One of the very rare chances, and quite possibly the only chance to listen to the genius of Ennio Morricone engaging with the musical world of jazz. His soundtrack for the film The Blue-Eyed Bandit (Il Bandito Dagli Occhi Azzuri by Alfredo Giannetti, 1980) is marked by a relentless rhythm that perfectly matches the atmosphere of the film. The film was shot in Genoa – one of the most iconic cities of the Italian detective (poliziottesco) film genre – and stars Franco Nero, one of the leading stars of the whole genre.The main theme, Città Viva, is a vibrant and metropolitan piece, beautifully arranged for big band and trio of soloists, hand-picked by Morricone himself; his friend and collaborator Enrico Pieranunzi (piano), Roberto Gatto (drums) and Riccardo Del Fra (double bass) This is one of the very few times in which Ennio Morricone, who was famously suspicious of jazz improvisation, asked his musicians to be free and improvise, adding their solos to the original structure – the solo viola of Dino Asciolla, one of the greatest violists of all time, in particular stands out. Restored and remastered from the original tapes, preserved in the historical CAM Sugar archives.
Franco Nero as Renzo Dominici
Dalila Di Lazzaro as Stella
Carlos de Carvalho as Police Commissioner
Pierfrancesco Poggi as Stella's Lover
Luigi Montini as Brigadeer Mannella
Sergio Tabor as Palamitessa
Jole Fierro as Renzo's Mother
Fabrizio Bentivoglio as Riccardo aka Rick
Paolo Maria Scalondro as Policeman
Franco Javarone as Watchman
Mickey Knox as De Biase
Enrico Pieranunzi, piano
Riccardo Del Fra, double bass
Riccardo Asciolla, viola
Roberto Gatto, percussion
Ennio Morricone, conductor
Digitally remastered 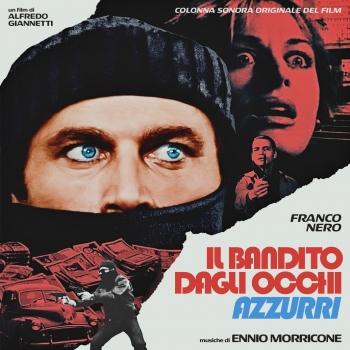 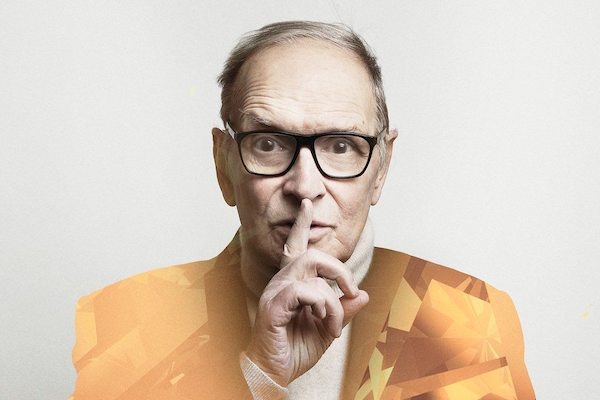 Ennio Morricone
was born in Rome on 10 November 1928. His long artistic career includes a wide range of composition genres, from absolute concert music to applied music, working as orchestrator, conductor and composer for theatre, radio and cinema. In 1946, Ennio received his trumpet diploma and in 1954 he received his diploma in Composition at the Conservatorio di Santa Cecilia under the guidance of Goffredo Petrassi. He wrote his first concert works at the end of the 1950s, then worked as arranger for RAI (the Italian broadcasting company) and RCA-Italy. He started his career as a film music composer in 1961 with the film Il Federale directed by Luciano Salce. World fame followed through the Sergio Leone westerns: A Fistful of Dollars (1964), For a Few Dollars More (1965), The Good, The Bad and The Ugly (1966), Once Upon a Time in The West (1968) and A Fistful of Dynamite (1971).
In 1965, Morricone joined the improvisation group Nuova Consonanza. Since 1960, Morricone has scored over 450 films working with many Italian and international directors including Sergio Leone, Gillo Pontecorvo, Pier Paolo Pasolini, Bernardo Bertolucci, Giuliano Montaldo, Lina Wertmuller, Giuseppe Tornatore, Brian De Palma, Roman Polanski, Warren Beatty, Adrian Lyne, Oliver Stone, Margarethe Von Trotta, Henry Verneuil, Pedro Almodovar and Roland Joffè. His most famous films (other than the Italian westerns) include: The Battle of Algiers; Sacco and Vanzetti; Cinema Paradiso; The Legend of 1900, Malena; The Untouchables; Once Upon a Time in America; The Mission and U-Turn. His absolute music production includes over 100 pieces composed from 1946 to the present day. Titles include Concerto per Orchestra n.1 (1957); Frammenti di Eros (1985); Cantata per L’Europa (1988); UT, per tromba, archi e percussioni (1991); Ombra di lontana presenza (1997); Voci dal silenzio (2002); Sicilo ed altri frammenti (2007); Vuoto d’anima piena (2008). In 2001, Ennio Morricone began a period of intense concert activity, conducting his film music and concert works for symphony orchestra and polyphonic choir in more than 100 concerts across Europe, Asia, USA, Central and South America.
During his long career, Ennio Morricone has also received many awards. As well as the Golden Lion and the honorary Oscar he was awarded in 2003, he has been presented with eight Nastri D’argento, five BAFTAs, five Oscar nominations, seven David Di Donatellos, three Golden Globes, one Grammy Award and one European Film Award. In 2009, the then President of the French Republic, Nicolas Sarkozy, also signed a decree appointing Morricone to the rank of Knight in the Order of the Legion of Honor.
In the recording field, Morricone has received 27 gold discs, seven platinum discs, three Golden Plates and the Critica discografica award for the music of the film Il Prato. The soundtrack from the film The Good, The Bad and The Ugly was inducted into the Grammy Hall of Fame in 2009 while Morricone himself was awarded the prestigious Polar Music prize the following year.
His more recent works include scores for the television series Karol and The End of a Mystery, 72 Meters and Fateless. In the 21st century, Morricone’s music has been reused countless times for television and in movies including Quentin Tarantino’s Kill Bill (2003), Death Proof (2007), Inglourious Basterds (2009) and Django Unchained (2012). In 2007, Morricone received the Academy Honorary Award “for his magnificent and multifaceted contributions to the art of film music”.
In November 2013, he began a world tour to coincide with the 50th anniversary of his film music career and performed in locations such as the Crocus City Hall in Moscow, Santiago, Chile, Berlin, Germany (O2 World), Budapest, Hungary, and Vienna’s Stadhalle. On 6 February 2014, Riccardo Mutti conducted the Chicago Symphony Orchestra performing Morricone’s Voices from the Silence, a cantata Morricone composed in response to 9/11 to give voice to innocent victims. In Autumn 2014, Morricone participated in the recording of a documentary about himself by Giuseppe Tornatore, which is yet to be released.
His European tour resumed from February 2015 to March 2015, with 20 concerts in 12 countries, in Europe’s largest arenas, such as the O2 in London and the Ziggo Dome in Amsterdam. Playing to a total of 150,000 spectators and with most of the shows sold out, Maestro Morricone’s My Life in Music European Arena Tour was a resounding success.
On 12 June 2015, Morricone conducted a mass composed in dedication to Pope Francis. It was commissioned by the Jesuit Order to commemorate the 200 year anniversary of the recongregation of the Jesuit Order at the Jesuit Church in Rome.
2015 also saw Morricone collaborate with Quentin Tarantino on an original soundtrack for the very first time. On December 7th 2015, The Hateful Eight had its world premiere followed by a Golden Globe nomination in the Best Original Score category the very next day.
Giuseppe Tornatore’s The Correspondence, with an original soundtrack composition by Morricone, is being released on January 15th 2016