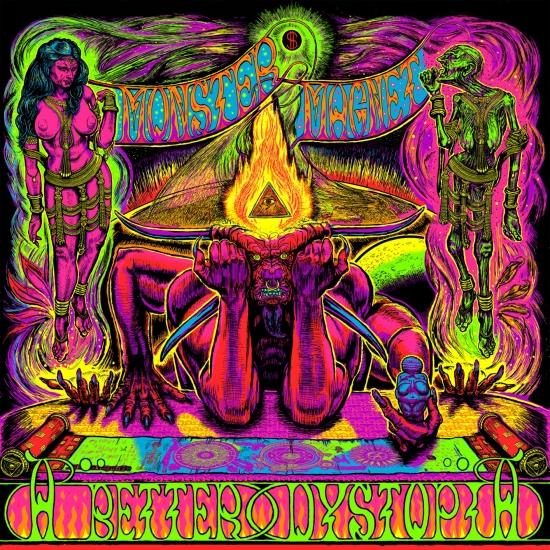 Info for A Better Dystopia

"Take a trip inside the mind of psychedelic rock legend Dave Wyndorf with MONSTER MAGNET’s A Better Dystopia – a delightfully psychotic selection of proto-metal and late-era psych songs that fit the band like a glove! With wonderfully obscure song choices and excellent sequencing, the mighty Magnet pay homage to some of their favorite songs of all time, crafting another exciting and unique listening experience alike what they’ve become famous for.
While the album marks a new frontier for MONSTER MAGNET as their first covers record, this is not your typical set of standards released to pass time. Wyndorf is at the top of his game on A Better Dystopia – howling, crooning, speaking… whatever it takes to get the emotional message of these very special tunes across, delivering each lyric in his own inimitable style.
Musicians Phil Caivano, Bob Pantela, Garrett Sweeney and Alec Morton own the sound on A Better Dystopia – vintage and old school, dense and heavy, with searing fuzz leads and pounding bass and drums all played in a deft style that's almost been lost in modern music. Drop the needle on any song, and A Better Dystopia comes up winning.
The album opens with “The Diamond Mine”, as Dave Wyndorf recites a classic monologue by Dave Diamond, an American radio DJ whose programs in the late 1960s and early 1970s helped popularize many psychedelic and acid rock bands. At this point the real trip begins, as the opening chords of the Hawkind classic “Born To Go” gear up for launch. Tracks like standout “Mr. Destroyer” (Poo-Bah) boast swaggering riffs and swirling vocals, spurring visions of some untold Freak revolution – or perhaps dinosaurs battling on a burning planet at the end of time – creating a perfect blend of hard rock and psychedelia. Feverish “Motorcycle (Straight To Hell)” (Table Scraps) is pure punk fury of the old school tradition, evoking a cross between Iggy Pop and Motörhead as Wyndorf wails ""I'm gonna drive it straight to HELL!"" Falling even further down the mind-bending rabbit hole, Magnet offers their stunning, whirlwind take on the often-overlooked hard rock classic ""Learning To Die"" (Dust) and a masterful version the Stooges meets Goth epic, ""Solid Gold Hell"" (The Scientists). The album closes with a nuclear cover of Morgen’s “Welcome To The Void”, inviting you to restart the ride again and again. Take a sonic journey to another time and space and experience what has made MONSTER MAGNET tick since day one with A Better Dystopia!"
Dave Wyndorf says about the birth of A Better Dystopia: “We all agreed that we would be bored out of our minds within a month of lockdown. MONSTER MAGNET loves the road. It’s a lifestyle. So, I considered our options. Rather than panhandle on the internet, hawking masks and Zoom-rocking practice sessions for dollars, I suggested we record a “bunker record”. A total DIY affair (band only) recorded and mixed in Bob Pantella’s small but potent Freak Shop Studios/rehearsal space right here in New Jersey. But what to record?
I didn’t feel much like writing, but working on anything was better than watching the news as hospitals filled up, people died, and American politics went bat-shit crazy. The world roared “Dystopia! Apocalypse! Revolution!”. I’d heard those words before, and they brought to mind my childhood in the late 60’s/early 70’s… and the music… and short playlist of songs (just one of many) that I’d been carrying around with me on my whatever device to listen to before shows. Of course, these tunes have also been in my head for more or less my whole life. These were not the popular hits of the time. This was like a playlist from the 4th dimension… strange bits of musical obscurity, mostly dredged up from that inglorious and freaky “twilight zone” time that preceded Arena Rock, Heavy Metal, Reggae and Disco. A no-man’s land of hard rock that still had remnants of psychedelia and garage punk but had abandoned any notion of “flower power” or frat house fun. And of course, they rocked.
Monster Magnet 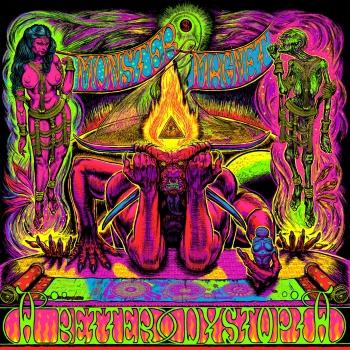 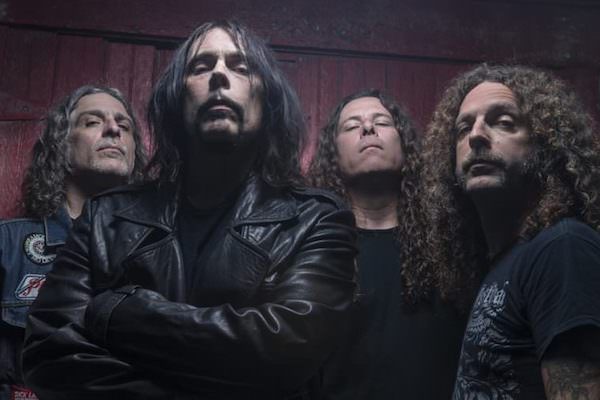 Monster Magnet
is an American stoner metal/stoner rock band. Hailing from Red Bank, New Jersey, the group was founded by Dave Wyndorf (vocals and guitar), John McBain (guitar), Tom Diello (drums), and Tim Cronin (vocals and bass).
The band first went under the name "Dog of Mystery" and later "Airport 75", before finally settling on "Monster Magnet".In 1989, Monster Magnet released two demo cassettes; "Forget About Life, I'm High on Dope" and "I'm Stoned, What Ya Gonna Do About It?".
The band's first 'official' release was a self-titled EP from Glitterhouse Records of Germany. In 1991 the band signed with Caroline Records and released their first full length album, the cult classic Spine of God, in 1991.
The next release was a bizarre 4 song EP titled Tab which included, among two other marathon length songs, a 32 minute track called "Tab…". McBain was fired soon after, due to personality conflicts between himself and Dave Wyndorf.
He was replaced by Atomic Bitchwax guitarist Ed Mundell; who holds the position to this day.The year 1993 saw the release of the album Superjudge. While the album was released on major record label (A&M Records) and is considered a cult favorite among fans of the band's earlier work, the album did not sell very well.
The follow-up, a more pop-influenced album, was Dopes to Infinity had a hit single in "Negasonic Teenage Warhead" but still did only slightly better than Superjudge. Wyndorf moved to Las Vegas, Nevada in order to begin working on Powertrip (1998), a breakthrough hit that earned a gold certification.
Powertrip saw the band departing from its usual lo-fi, stoner rock fare, and enter into an era with more guitar and heavier drum beats. Guitarist Phil Cavaino joined the band in 1998. "Space Lord", the first single, was a major radio hit and the band went on tour with bands like Aerosmith, Metallica and Marilyn Manson.
Their last album on A&M Records was God Says No (2000). After this release, Joe Calandra and Jon Kleiman departed the band due to internal conflicts with Wyndorf, and were replaced by Jim Baglino and Bob Pantella respectively.
In 2003, Monster Magnet signed to the European label SPV, and in early 2004 released Monolithic Baby! throughout Europe. The U.S. release followed in May on SPV America. In March 2005 Phil Cavaino departed after 7 years service in a split described as amicable by Wyndorf.
A followup to Monolithic Baby! was expected in March 2006 to coincide with their European Tour, along with rereleases of Spine of God and Tab, both featuring new artwork and liner notes, however the tour and album release did not go ahead.
A DVD is also planned for late 2006.On February 27, 2006 Dave Wyndorf overdosed on prescription drugs. His management released the following statement"The battle with one’s inner demons is the most personal fight any of us can undertake.
The fight is at times a lonely, confusing journey. On the evening of February 27, Dave Wyndorf suffered a set back in his own fight and was hospitalized due to a drug overdose. His full recovery is expected.
We ask that all those he has encountered over the years or simply affected by his music to take a moment to think good thoughts of and for him. With the grace of God and those who love him we are all confident that Dave will rebound from this set back and continue to play and make great rock and roll.
"November 5, 2007 a new album came out. That was quite unexpected by the fans because of Dave Wyndorf's overdose and because the site wasnt updated anymore. The album's called 4 way diablo and some songs are inspired about Dave's overdose.
Monster Magnet's style and material are heavily influenced by 1970s-era space rock bands such as Hawkwind and Captain Beyond. In addition to arranging covers such as Hawkwind's "Brainstorm" (Doremi Fasol Latido, 1972), Wyndorf sometimes incorporates elements of space rock staples into his own songs.
For instance, the Dopes to Infinity title track borrows some of its lyrics from "Lord of Light" (ibid.), and Superjudge's "Twin Earth" is a reinterpretation of Captain Beyond's "Mesmerization Eclipse" (Captain Beyond, 1972).