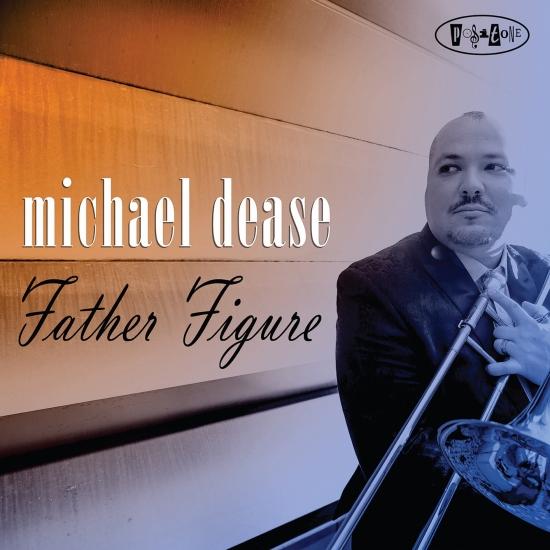 Trombonist Michael Dease takes a brave step forward and becomes a "Father Figure" on his third album for Posi-Tone. Acting as a musical mentor with an eye to the future, Dease has assembled a group that features several of the brightest new young players to work alongside a few established musicians like pianist Glenn Zaleski and vibraphonist Behn Gillece. As a band leader, Dease makes sure the entire session stays insightfully straight forward and refreshingly melodic throughout while he conducts his topnotch crew through a series of new compositions and original arrangements. With this latest release, Dease not only confirms his status as one of the biggest rising stars in jazz today, but also shows that he is clearly a visionary role model and "Father Figure" for jazz fans to keep their eyes fixed upon for years to come.
"Father Figure not only fulfills its role in encouraging younger musicians – some of whom Dease taught at Michigan State University – to exercise their chops and playing in the pocket on tracks such as ‘Confirmation’ and ‘Wingspan’. Moreover he encourages them to search for and get in touch with their inner voice, the only guide to ‘playing yourself’ in music. It is interesting to note that the ensemble uses the most difficult (bebop) rhythms to ‘find’ their voices. This is not to say that other music on the album does not show signs of the musicians’ singularity. Listen, for instance, to pianist Glenn Zaleski’s exquisite playing in ‘Till There Was You,’ or Behn Gillece’s vibraphone expedition on ‘Cry of the Wolf,’ or Markus Howell preaching on ‘Church of the Good Hustler’ and Immanuel Wilkins’ marvellous turn on ‘Confirmation’. You’ll find all the clues to the creative stimuli at work in this excellent album that connects the dots between the legacies bequeathed by The Ancestors of Jazz." (Raul Da Gama, jazzdagama.com)
Michael Dease, trombone
Behn Gillece, vibraphone
Glenn Zaleski, piano
Endea Owens, bass
Luther Allison, drums
Markus Howell, alto saxophone (on tracks 1, 4, 5, 6, 7, & 9)
Immanuel Wilkins, alto saxophone (on tracks 1, 2, 3, & 5) 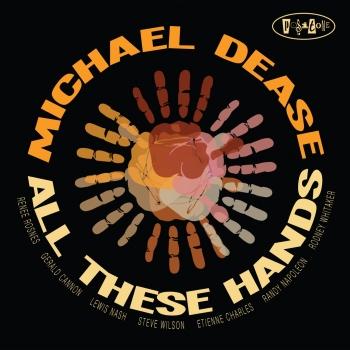 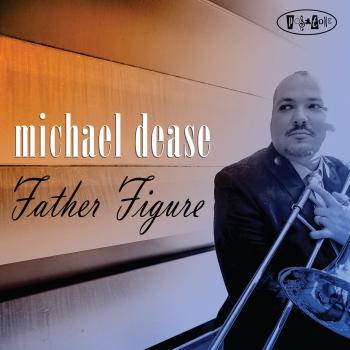 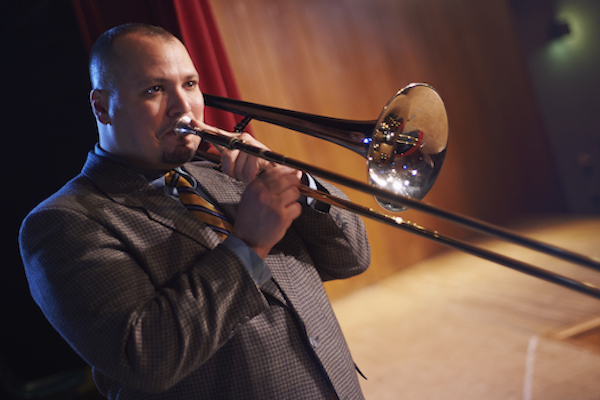 Michael Dease
has emerged as one of the premier jazz trombonists of his generation. He serves as associate professor of jazz trombone at the MSU College of Music.
Born in Augusta, Georgia, the “Deep South,” Dease played the saxophone and trumpet before choosing the trombone. He was a self-taught high school senior, when he moved to New York in 2001 to study at the Juilliard School where he earned his Bachelor and Master degrees.
Dease quickly established his reputation as a soloist and sideman, recording 4 albums as a leader and logging over 100 sessions as a sideman, all before the age of 30. His 4 critically praised releases as a leader include: The Takeover (2005), Clarity (2007), Dease Bones (2008) and Grace (2010). His latest album, Coming Home, to be released on D Clef Records, May 21st, features a stellar lineup of band mates: pianist Renee Rosnes, bassist Christian McBride, drumer Ulysses Owens Jr, and saxophonist Steve Wilson, plus a guest appearance by tenor sax man Eric Alexander.
He is a Grammy award-winning trombonist, and has played with many of today’s foremost jazz orchestras, including those led by Wynton Marsalis, Christian McBride, Roy Hargrove, Nicholas Payton, Charles Tolliver and Rufus Reid. He has revitalized the trombone’s image on the frontline of quintets and sextets lead by masters musicians like Winard Harper, Renee Rosnes, Bill Charlap, Claudio Roditi, The Heath Brothers and Lewis Nash.
Michael learned his craft from trombone legends Wycliffe Gordon and Joseph Alessi. His associations run the entire spectrum of musical genres and include Alicia Keys, Paul Simon, Paul Schaffer, CBS Orchestra, Elton John, Neal Diamond, Illinois Jacquet, Slide Hampton, The World Of Trombones, Fred Wesley, Maceo Parker, WDR Big Band, George Gruntz, Billy Harper, and numerous others.
Dease’s unique blend of curiosity, hard work and optimism has helped him earn worldwide recognition, including awards from ASCAP, The International Trombone Association, Yamaha, Eastern Trombone Workshop, New York Youth Symphony, among others. Dease was recently profiled in Cicily Janus’ book, The New Face of Jazz: An Intimate Look at Today’s Living Legends (Random House).
Michael’s singular teaching talent has resulted in invitations to host master classes and residencies at University of North Texas, Scranton University, University of Iowa, Florida State College, Broward College, and many institutions abroad, and has also been on faculty at Queens College CUNY, The New School and Northeastern University.
Aside from leading his own quartet, quintet and sextet, Dease conducts his own 17-piece big band loaded with young talents like Sharel Cassity and Coleman Hughes, plus heavy hitters Rodney Whitaker, Greg Gisbert and Tom “Bones” Malone.