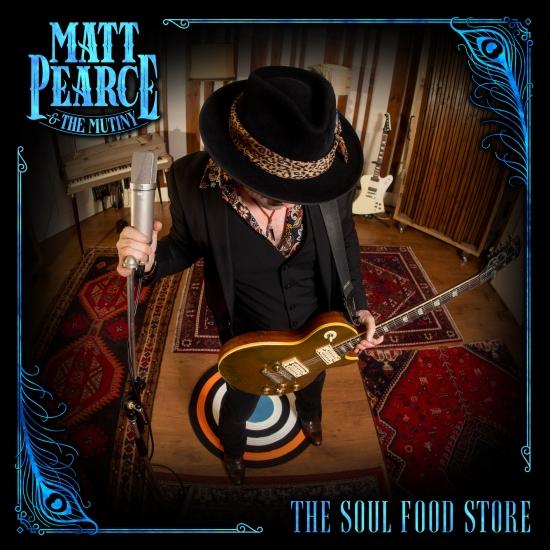 Info for The Soul Food Store

Under the tasty moniker of ‘The Soul Food Store’, the 11-track album brims with funky musical goodness: the kind of sound that Matt adores and set out to create when he first set out on his musical mutiny: smokin’ hot songs delivered with talent and passion, in a way that “sounds both vintage and modern at the same time!” (As Darren Redick of Planet Rock Radio described the Matt Pearce & The Mutiny sound).
“I wanted my album to be what my favourite music is to me: somewhere to go to be happy, laugh, sing, dance, forget all my troubles, or be comforted despite them.
“These 11 songs run the gamut of my musical influences: if ‘Gotta Get Home’ was a statement of intent — that bluesy rock could be funky — then this album is about me being at home, with all the music I love. So, as well as the funk and the rockin’ blues, there’s some soul, and ballads, and psychedelic, and maybe even a little disco vibe creepin’ in… All the sounds that put a smile on my face and that I hope will do the same to you.
“But to get back to The Soul Food Store: the whole point of this album is to combat the negativity that’s so easy to give in to these days, and like the old song, accentuate the positive! But always with a groove… As the last song on the album says, ‘Everybody should be king of their world every day…’
“The Soul Food Store is now open!” Says Matt “These songs have been marinating for a long time now so it’s just so amazing to finally serve them up to y’all… And to then get such a smorgasbord of mind-blowing reviews, 5/5, album of the week, album of the month etc from the illustrious blues and rock press is just the biggest thrill! Really hope you all like the album, so for what you are about to receive, may it warm your cockles, soothe your soul and funk your socks off…“
Matt Pearce, vocals, guitars
Kelpie McKenzie, bass
Joe Lazarus, drums
Daliah Sherrington, vocals
Jon Moody, keyboards (Joe Mac tracks 4, 7)
Steve Beighton, saxophone
Richard Heacock, strings
Julia K, string arrangement
Mark Greenfield, percussion
Terry Edwards, trumpet 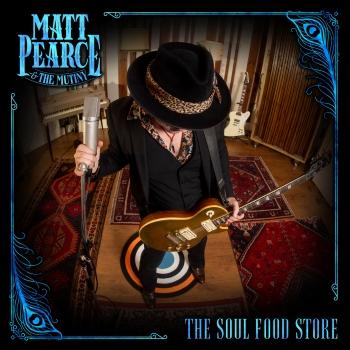 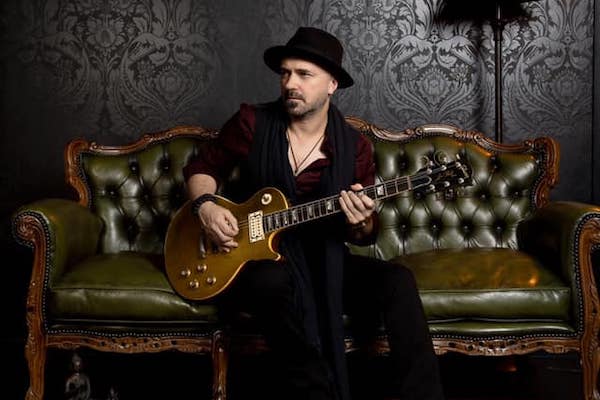 Matt Pearce
London-based, Glasgow-born, Matt is an original member of the successful hard rock outfit Voodoo Six. He’s released five albums with V6, including one recorded in L.A. at Steve Vai’s ‘Mothership Studios’, and their latest album was released in 2020. ‘The Soul Food Store’ and ‘Gotta Get Home’ were both mixed by Matt’s V6 bandmate Tony Newton, who produced and mixed Iron Maiden’s last 2 live releases.
Matt & The Mutiny’s first steps into the live arena have been a huge success with storming shows all across the UK and as far afield as Russia. Shows and festivals played so far include headlining the opening night of Planet Rockstock, HRH Blues and C.R.O.W.S, Planet Rock’s Winter’s End, Skegness Rock and Blues, Legends Of Rock, Winterstorm, Cambridge Rock Fest, British Blues Invasion Moscow, a UK tour with Laurence Jones, and two successful shows at London’s Garage, the second of which made it into the Best Gigs Of 2021 lists of writers from MetalTalk and Record Collector.