The Return Of The Spectacular Spinning Songbook (Live) Elvis Costello 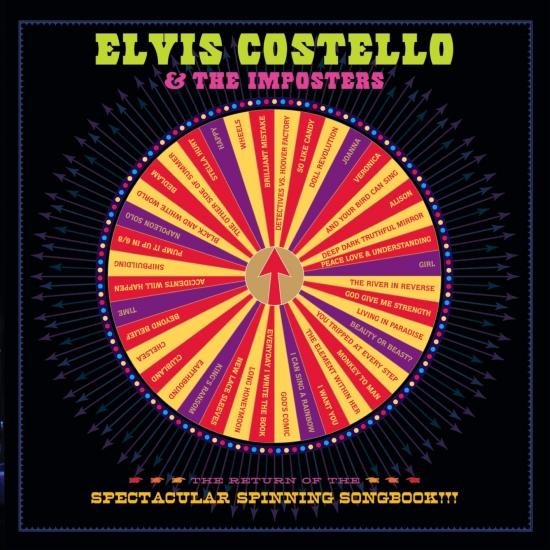 Info for The Return Of The Spectacular Spinning Songbook (Live)

The Spectacular Spinning Songbook made its first appearance in 1986 in Los Angeles during the "Costello Sings Again Tour." In 2011, Elvis Costello and the Imposters set out on The Revolver Tour and, for the first time in 25 years, once again allowed his set-list to be chosen by "The Spectacular Spinning Songbook," a monumental game-show type wheel spun by select fans and featuring songs from his latest critically acclaimed release National Ransom, plus new renditions of hits, rarities and very unexpected covers.
Recorded over a 2-night stand at The Wiltern, Los Angeles on May 11 and 12, 2011 the album features the highlights from across the two nights.