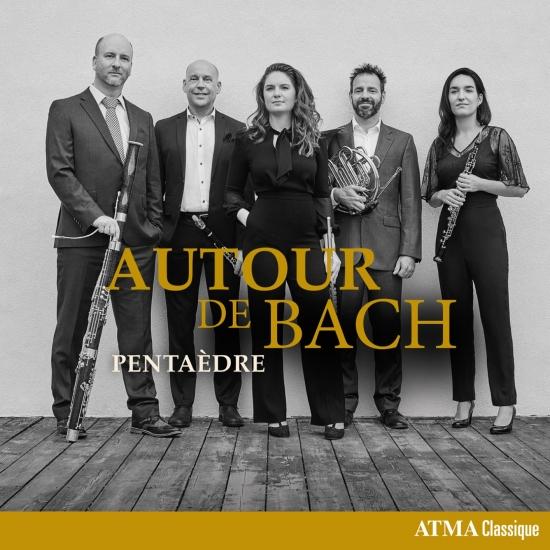 The music of Bach is at the heart of Pentaedre's new recording devoted to transcriptions of toccatas, fugues, sonatas, partitas and chorales for wind quintet. The album also includes the Quintet No. 3 by American composer David Maslanka (1943-2017), a chamber work inspired by Bach.
A unique musical ensemble on the Canadian landscape, Pentaedre explores a diverse and original chamber music repertoire. Founded in 1985 by five artists-musicians, the quintet is recognized for the talent, technique, precision, and colour they bring to their performances. Pentaedre has toured extensively across Canada, and also in the United States, Europe, and the Middle East.
Pentaedre's ten recordings include a chamber version of Schubert's Winterreise by Normand Forget, which won a 2008 Opus Prize, and an arrangement of Stravinsky's Rite of Spring and Mussorgsky's Pictures at an Exhibition, nominated at the 2014 ADISQ gala.
Pentaèdre 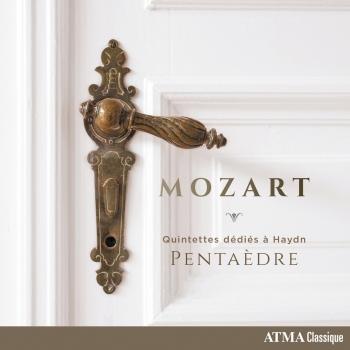 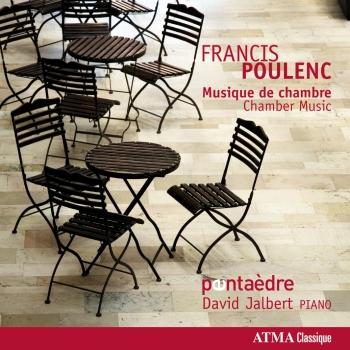 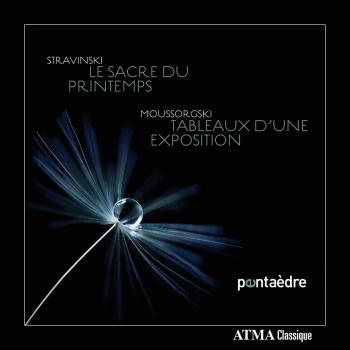 Stravinsky: The Rite of Spring & Mussorgsky: Pictures at an Exhibition 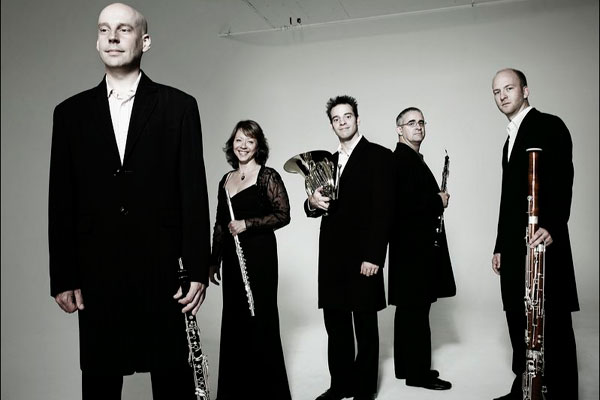 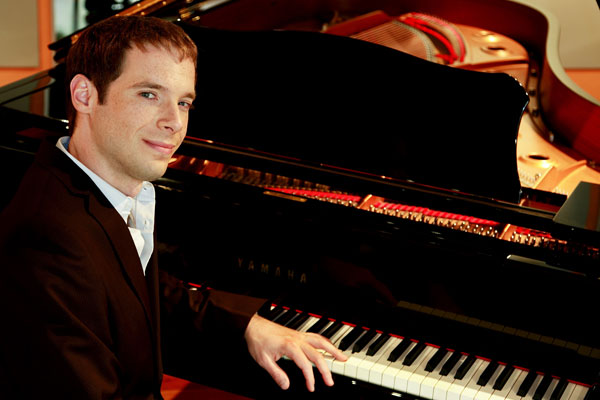 David Jalbert
is one of the most remarkable talents of the new generation of pianists. With his personal style, incomparable stage presence and refined ear, he has wowed audiences and critics everywhere in North America: “a deeply musical pianist ” (Cleveland Plain Dealer), “a virtuoso in the best sense of the word ” (La Presse), “…wide-ranging musical imagination, phenomenal technique, and anunerring lightness of being ” (The Toronto Star).
Mr.Jalbert also performs with his dynamic piano trio (with violinist Jasper Wood and cellist Yegor Dyachkov) under the name “Triple Forte ”. He has collaborated with the Alcan Quartet, as well as with pianists Anton Kuerti and Naida Cole. Mr.Jalbert is the 2007 winner of the prestigious Virginia Parker Prize of the Canada Council for the Arts.
David Jalbert has been a guest soloist with many great orchestras,such as the Montreal Symphony, the Vancouver Symphony, the Toronto Symphony, the Winnipeg Symphony, the National Arts Centre Orchestra, the CBC Radio Orchestra and the National Symphony of Ireland, and has collaborated with conductors like Skitch Henderson, Yannick Nézet-Séguin, Bramwell Tovey, Jacques Lacombe, Marc David, Dmitry Liss and Mario Bernardi.
He has performed in Canada, the United States, Mexico and Europe; his vast repertoire of solo and chamber music stretches from Bach to Ligeti.Mr.Jalbert ’s interests in literature,cinema,rock ’n ’roll and blues shine through in his musical selections, which can be heard regularly on CBC Radio and Radio-Canada broadcasts.
David Jalbert holds two Artist Diplomas: one from the Juilliard School in New York, the other from the Glenn Gould Professional School in Toronto. He received his Master’s Degree from the Université de Montréal at age 21, winning the Governor General’s Gold Medal for the best results of all of the University ’s graduate students. His main teachers have been Jerome Lowenthal, Marc Durand, André Laplante and Pauline Charron. He has also worked with Leon Fleisher,John Perry, Claude Frank, Gilbert Kalish and Marylin Engle.
Pentaèdre
Since its creation in 1985, Pentaèdre has focused on the discovery of chamber music repertoires, including diverse, original and lesser known works. Passionate chamber musicians, the members of the group have explored the classic repertoire for wind quintet as much as orchestral works and transcriptions.The ensemble operates as an open group, welcoming conductors, instrumentalists, soloists and other groups, transforming itself as need be into a chamber orchestra,to offer a wider repertoire to its audience.
Like the geometric figure from which it takes its name, Pentaèdre consists of five talented musicians, whose technique and musical precision have been widely recognized. Flute, oboe, clarinet, horn and bassoon, each brings its own particular timbre to an ensemble whose overall sonority is unique, rich and homogenous - the distinctive feature of the ensemble.
The ensemble is constantly expanding its repertoire and adds about a dozen new works to its credit each season,including premieres (20 since its inception), and commissions from young Quebec composers.
Aside from numerous concerts given throughout Quebec, Pentaèdre toured several times within Canada, the U.S.and Europe. Highlights of its tours include concerts at the Banff Centre for the Arts, the Orford Arts Festival, the National Gallery in Ottawa (Espace Musique), Carnegie Hall in New York, the Strasbourg Festival Musica (with the Nouvel Ensemble Moderne), and the Baie-des-Chaleurs Festival.