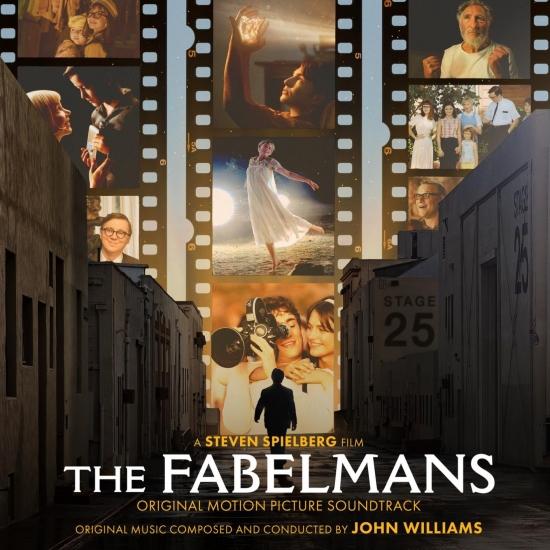 "The Fabelmans" is an American film drama by Steven Spielberg. Partially autobiographical, it picks up on the director's childhood and follows the titular Fabelman family from the 1950s onwards from New Jersey to Arizona and finally to California.
This is the 31st collaboration between Steven Spielberg & John Williams and the 50th anniversary of their work together. The film has very prominent musical elements and many scenes at the piano, the music is a central element of the film. The film premiered at the Toronto International Film Festival in September. In the USA, the biopic will be released as early as Thanksgiving weekend 2022. The German theatrical release of "Die Fabelmans" is not until 9 March 2023.
Joanne Pearce Martin, piano
John Williams, conductor, composer

John Williams
was born in 1932 in Long Island, New York, and later moved with his family to Los Angeles in 1948. He studied composition at UCLA. After serving in the Air Force, Williams returned to New York to study piano at the Juilliard School of Music. He worked as a jazz pianist for a time before moving back to Los Angeles to begin his career in the film studios.
Mr. Williams has composed the music for close to eighty films and has composed some of the most famous themes ever written for cinema. Some of these include Harry Potter, Jaws, Close Encounters of the Third Kind, ET - the Extraterrestrial, Jurassic Park, the Star Wars Pre-episode and Trilogy, the Indiana Jones Trilogy, Home Alone, and Empire of the Sun. Receiving 45 Academy Award nominations, Williams has been awarded with five Oscars, seven British Academy Awards, twenty-one Grammies and four Golden Globes. He also has several gold and platinum recordings. His film score for Schindler's List earned him an Oscar and a Grammy. With 45 Academy Award nominations, John Williams has the most nominations of any person alive, and is tied for second ever after Walt Disney!
Mr. Williams was named the 19th conductor of the Boston Pops Orchestra in 1980, retiring in 1993. He has appeared as guest conductor with many major orchestras, including the Dallas Symphony Orchestra, and has also written many concert pieces. His concert compositions include: Five Sacred Trees, a bassoon concerto premiered by the New York Philharmonic in 1995, a cello concerto premiered in 1994 by Yo-Yo Ma and the Boston Symphony Orchestra, and several concertos for flute, violin, clarinet, and tuba. His trumpet concerto premiered in 1996 with the Cleveland Orchestra. In addition, Mr. Williams composed the themes for the NBC News, the 1987 International Special Olympics, and the 1984, 1988, and 1996 Summer Olympic Games.