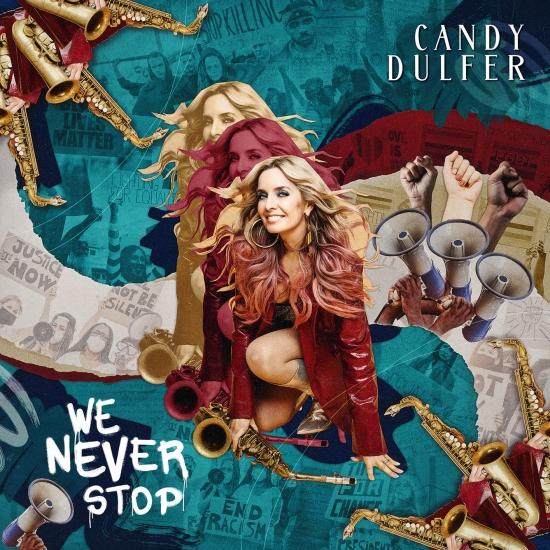 Info for We Never Stop

Finally, a new full-length Candy Dulfer album called ‘We Never Stop, A party platter of stanky jams, silken R&B, jazz, and pop-funk, ‘We Never Stop’ features several guest appearances by Chic guitarist, producer, songwriter, and three-time GRAMMY Award-winner Nile Rodgers. Take a listen to the first single “Jammin’ Tonight (feat. Nile Rodgers),” a bold injection of party pop-funk with a slick jazz overlay that recalls Rodgers’ 1970s “Good Times” finery.
Give the people an invigorating beat, some swanky sax uplift, and watch the pain melt away. That’s the funky stuff Prince’s former top-choice sax player Candy Dulfer and her band specialize in. A solo artist, a songwriter, and in-demand instrumentalist, Dulfer has worked with some of the biggest names in modern music, including Van Morrison, Maceo Parker, Sheila E., Mavis Staples, Lionel Richie, Beyoncé, Pink Floyd, Chaka Khan, and Aretha Franklin, among many others.
Now, after three decades of superstar collaborations and world tours, and chart-topping and high-selling solo career releases, Candy is living proof of the title of her latest album, ‘We Never Stop.’ Nothing gets in the way of her making funky stuff. ‘We Never Stop’ features vocals from Candy’s rainbow family of a band with lyrics informed by band dialogues and the culture and health crises of the past two years. These include the toll of the pandemic on the music communities and the race horrors that have galvanized a global Black Lives Matter movement.
“This is a personal album—I struggle with the fact that so many people in this world are hurting on so many levels,” Candy shares. “The main spirit of this music is to elevate. It feels like it’s never been more important to take a stand and not let the hurt and the pain defeat us. That’s why I called this album, ‘We Never Stop.’”
Dulfer first rose to fame with her high-profile collaboration with Dave Stewart on the worldwide number 1 smash “Lily Was Here.” Her tenure with Prince may be best remembered by his tongue-in-cheek recommendation in the “Partyman” video:. Their collaboration continued over the years with many studio sessions, TV show appearances, award show performances, including the Grammy Awards, and concert tours around the globe, including Candy joining Prince’s NPG band as a permanent member for his record-shattering Musicology tour and album.
In addition to her superstar collaborations, Candy is a serious lifelong musician with a robust history as a solo artist releasing albums and touring the world for over 35 years. Since her Grammy-nominated debut, 1990’s Saxuality, Candy has issued 12 albums. The combined world-wide sales of her solo albums top 2.5 million copies, and she has had several number 1 hits in the USA. In between her solo albums and her high-profile collaborations, Candy still manages to join Dutch female supergroup the Ladies of Soul for their annual sold-out concerts at the massive Amsterdam Ziggo Dome; she is an ambassador for the Dutch ALS Foundation; and Candy was a judge on the Dutch version of X Factor.
At the age of 4, Candy’s destiny unfolded before her eyes, watching jazz heavyweight saxophonist Sonny Rollins. Her father, Hans Dulfer, brought her to the show. Hans is a well-known Dutch jazz saxophonist who, when Candy was growing up, surrounded himself with legends such as Archie Shepp, Dexter Gordon, and guitarist John McLaughlin. Candy began playing sax at the age of 6, and started her own band Funky Stuff at the age of 13.
Today, her determination and passion remain, but her motivations are different. “These days, I play music to, hopefully, inspire younger people. When I was 12, I didn’t have many female saxophonists to look up to, and I want to be that person for the next generation of musicians,” she says.
Candy Dulfer 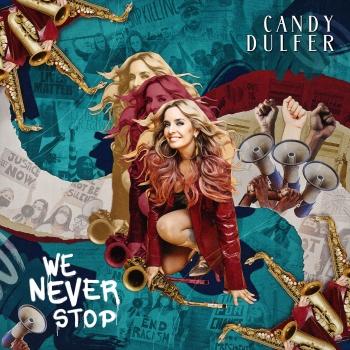 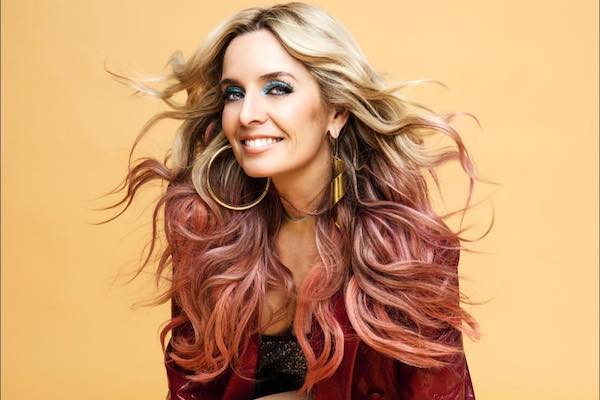 Candy Dulfer
Dutch saxophonist Candy Dulfer is all set to resume what she does best: hitting the road with her sensational band to bring her unique ‘funky stuff’ to audiences around the world. She can’t wait to perform live again and introduce her loyal fans to the brand-new songs she’s been working on, and to bring the healing power of music to those in need after the many challenges of 2020 and 2021.
It’s hard to believe that it’s been over 30 years since Candy Dulfer rose to fame with her high-profile collaborations with Dave Stewart (the worldwide number 1 smash “Lily was here”) and of course the legendary Prince, whose tongue-in-cheek recommendation (“When I want sax, I call Candy”) in the “Partyman” video made the world sit up and notice the young, glamorous and talented sax player at his side. Their collaboration continued over the years with many studio sessions, TV show appearances, award show performances (including the Grammy Awards), and concert tours around the globe, including Candy joining Prince’s NPG band as a permanent member for his record-shattering ‘Musicology’ tour & album.
Candy has been fortunate to work - both in the studio and on stage - with some of the biggest names in music, including Van Morrison, Maceo Parker, Sheila E., Mavis Staples, Lionel Richie, Beyoncé, Pink Floyd, Chaka Khan, Aretha Franklin, and many others.
Despite these high-profile collaborations, Candy mainly focused on her solo career, starting her own band at age 13 and touring the world ever since. Her first solo album ‘Saxuality’ earned her a Grammy Award nomination, the combined world-wide sales of her solo albums top 2.5 million copies, and she has had several number 1 hits in the USA. In between her many concert tours around the globe, she still manages to join Dutch female supergroup the Ladies of Soul for their annual sold-out concerts at the massive Amsterdam Ziggo Dome, is a headline performer on Jazz Cruises in the USA and Europe, and is an ambassador for the Dutch ALS Foundation.
Just like everyone around the world, she had to put all her plans on hold when the pandemic hit in 2020. Being at home for a prolonged period of time - which she hardly ever experienced in her 35+ years of touring the globe - allowed her the time to explore new creative grounds. Candy has always been great about reinventing herself and wasn’t going to allow herself to be sidetracked despite these times being terrible for so many. “People need music, period. If I can’t bring it to them in the ways we are used to, we’ll find new ways to entertain and bring solace and love to everyone. That is what I was born to do, and what I will continue to do.”
She started the Music in my Kitchen Challenge, performing online from her home, including a unique virtual reunion with Dave Stewart to perform the classic track that started it all: “Lily was here”. She also initiated Club Dauphine TV, a weekly online TV show with well-known covers played by Candy with famous Dutch guest stars, that was very well-received all over the world. She signed a new record deal with Mascot Label Group and is currently working on a new album (including a track with Nile Rodgers from Chic fame), scheduled for release in 2022. Searching for ways to entertain the smaller audiences in between lockdowns - of course in corona-proof settings - Candy quickly rolled out a sold-out theater tour in her native country The Netherlands, called “Sax, Candy & Rock-’n-Roll”. A mix of live music, intimate storytelling and stand-up comedy, all based on her amazing adventures with some of her mentors and music’s biggest stars. With her full band she performed several unique online streaming events. On top of that, she’s the host and producer of a weekly 2-hour primetime radio show on Sublime FM.
Candy is currently touring with her sensational new band and incredible new music. Keep checking her website and Candy’s social media for the latest updates regarding her upcoming touring schedule and release date of her new album We Never Stop.