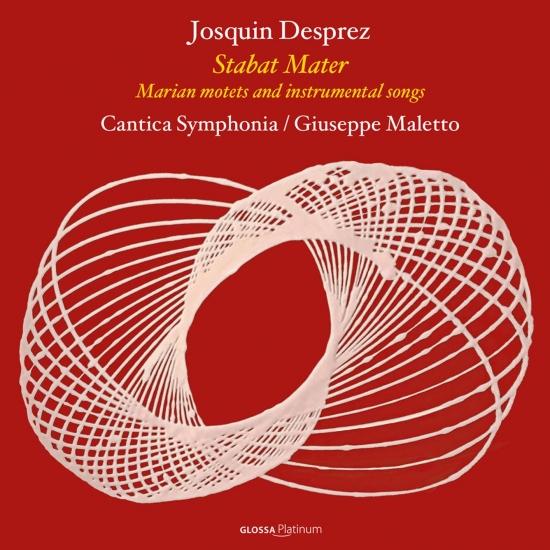 For its new Glossa release of Josquin, Cantica Symphonia (which has given us recordings of Dufay, Isaac and Busnois in recent years) reflect modern performance thinking for one of the greatest composers in music. Giuseppe Maletto has united a strong group of Italian singers to provide distinctive accounts of motets including the Stabat Mater, the five-part Salve Regina, the seven-sectioned Vultum tuum cycle as well as the Ave Maria virgo serena. To leaven this vocal density a team of organ, harp, fiddle, slide trumpet and sackbut add instrumental versions of a group of Josquins secular compositions, as well as selectively combining with the voices in the polyphony. Marco Bizzarinis booklet essay traces Josquins elusive career path, which included Rome, Ferrara and possibly also Milan, and the importance in his output of sacred compositions of Marian works.
Cantica Symphonia
Giuseppe Maletto, conductor 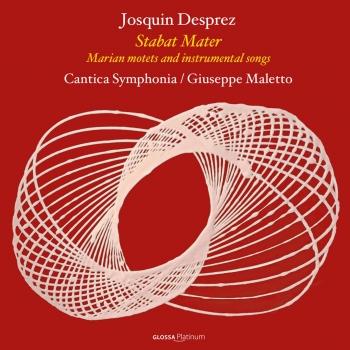 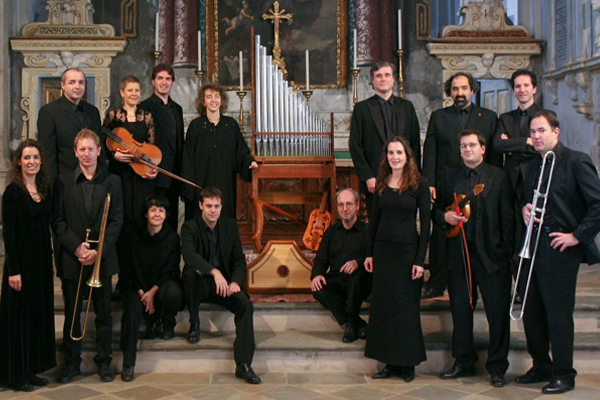 Cantica Symphonia
For over a decade Cantica Symphonia has dedicated itself to the recovery and performance of medieval and renaissance polyphony. Founded in 1995 by Giuseppe Maletto and Svetlana Fomina, the group is now one of the most highly regarded interpreters in its field. Cantica Symphonia’s unique style, fruit of intensive analysis of original sources, is characterized by an ability to bring out the structural and expressive richness of its repertoire. The group’s approach is one of particular care and attention to the interaction between voices and instruments, consolidating the collective experience of its members who individually collaborate with the most highly affirmed groups of today’s international Early Music scene. The fulcrum of the group’s activity has always been the music of Guillaume Dufay, the first great musician of the “modern” era whose works enlightened his times and guided western music through the travailed passage from medieval to renaissance.
Since 2005 Cantica Symphonia has been recording exclusively for Glossa and has released a series of three CDs dedicated to the music of Dufay: two volumes of motets (Quadrivium and Supremum est mortalibus bonum) and a companion disc of chansons (Tempio dell’Onore e delle Vertù). All have received strong critical acclaim.
The ensemble’s concert performances have been met with the same warm consensus as its recording projects. Cantica Symphonia has concertized throughout Italy, France, Belgium, Holland, Switzerland, Estonia, and Slovenia and appears regularly in prestigious festivals: Rencontres de Musique Médiévale du Thoronet, the Festival van Vlaanderen in Brugge and Antwerp, the Tage Alter Musik in Regensburg, Concerts de St. Germain in Geneva, Settembre Musica and Unione Musicale in Torino.
Composers Filippo Del Corno, Carlo Galante and Yakov Gubanov have written music expressly for Cantica Symphonia. Prior to preparing a new large-scale project Cantica Symphonia have recorded an intimate, voices-only selection of motets and laude inspired by the Virgin Mary entitled Stella del nostro mar.
Giuseppe Maletto
engages in an intense activity as a professional singer, dedicating himself principally to medieval and renaissance polyphony and to the music of Claudio Monteverdi. La Venexiana, La Petite Bande, Hespèrion XXI, Ensemble Gilles Binchois, Concerto Italiano, and Mala Punica are only a few of the prestigious groups with which he collaborates, participating in numerous concert tours in Europe, the United States, Israel, Japan, and Argentina. He has recorded over 40 CDs, several of which have received important awards, such as the Deutscher Schallplattenpreis, Prix Cecilia, Diapason d’Or de l’Année, the Premio Cini and the Gramophone Award.
In addition to Cantica Symphonia’s specialization in medieval and renaissance repertoire Maletto has also led performances of Monteverdi’s 1610 Vespers and the Missa In illo tempore, Carissimi’s Jephté, Odes and Anthems by Purcell, and several of Bach’s Cantatas. He has taught courses at the Scuola di Alto Perfezionamento Musicale in Saluzzo (Italy), at the Corso Internazionale di Musica Antica in Polizzi Generosa (Italy), and has held a seminar on the interpretation of the music of Monteverdi at the Novosibirsk Conservatory (Russia).