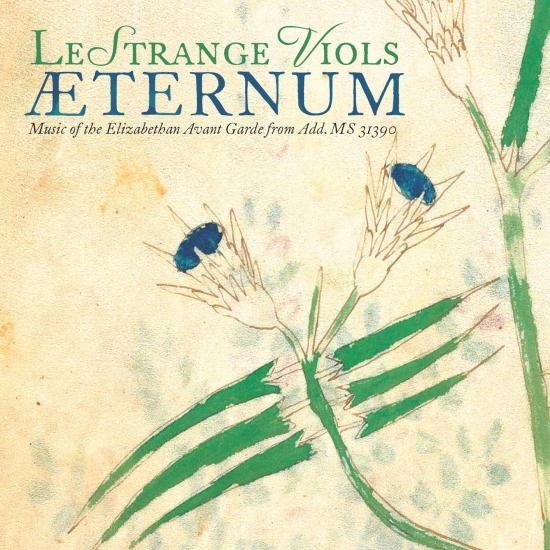 Info for Æternum: Music of the Elizabethan Avant Garde from Add. MS 31390

The Elizabethan manuscript from which this album is entirely drawn is known by its British Library shelf-mark: Additional Manuscript 31390. Add. MS 31390 contains 135 pieces, which capture a snapshot of musical life in the 1570s. Some of the pieces reflect the “hottest new releases” of 1578 (when the manuscript was copied) while others are “golden oldies” from the first half of the 16th century. During the reign of Elizabeth I, there was no way to record music other than by putting musical notation onto paper. In creating an audio recording of this notational record, we aim, as the portrait painter does, to capture not merely the likeness, but the liveness of our subject: musical manuscript as mix-tape or playlist that gathers together music for later hearing and for posterity. Some of the pieces on this album are standards. Those who have sung in a choir will surely know and love Tallis’s O sacrum convivium. Aficionados of viol consort music will be familiar with a number of the In nomines. We hope putting these gems of the repertory in proximity to unknown and previously unrecorded works recontextualizes them to offer a more complete view of this important and beautiful manuscript.
LeStrange Viols 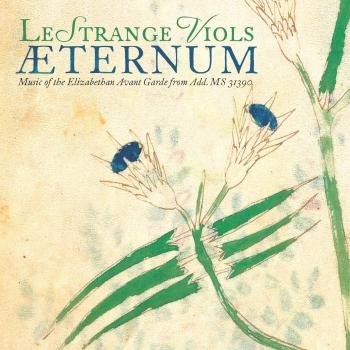 Æternum: Music of the Elizabethan Avant Garde from Add. MS 31390 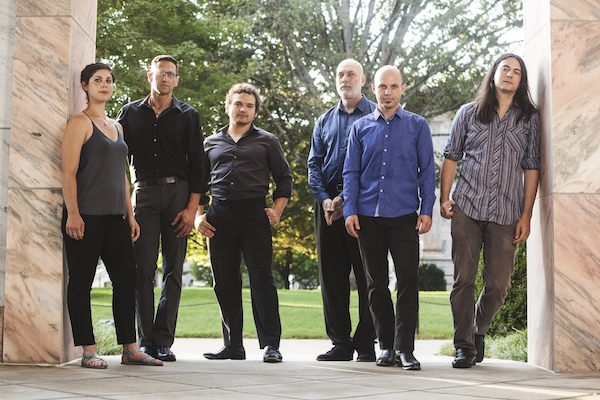 LeStrange Viols
was formed in 2014 to record the modern premier of William Cranford’s consort music. By that time the musicians of LeStrange had already established themselves as a crack team of American consort players. Their many previous appearances together in diverse musical combinations and their experience in acclaimed American ensembles allow LeStrange to craft refined and vigorous performances of intricate gems of the consort repertory. Members of LeStrange Viols have been featured performers with ACRONYM, Arcadia Viols, Amherst Early Music Festival, The Newberry Consort, Folger Consort, The King's Noyse, Boston Early Music Festival Orchestra, Trio Settecento, The Oberlin Consort of Viols, Helios Opera, Quaver, Hesperus, New York Consort of Viols, Parthenia, Trinity Baroque Orchestra, and Brandywine Baroque.
LeStrange’s debut CD made the New Yorker’s list of notable recordings of 2015. LeStrange’s recent engagements include concerts at the National Gallery in Washington, D.C. and a collaboration with early music legend, soprano Julianne Baird, for Amherst Early Music (New London, CT). LeStrange will celebrate the release of its new CD, Hold Fast: Music of the Elizabethan Avant Garde, in March, 2018, with a performance on the Music Before 1800 series in New York.
LeStrange Viols takes its name from a manuscript collection of consort music assembled by the 17th-century English nobleman Nicholas Lestrange.

Booklet for Æternum: Music of the Elizabethan Avant Garde from Add. MS 31390